2022 NFL Draft: When will Pittsburgh's Kenny Pickett be drafted? Odds and best bet 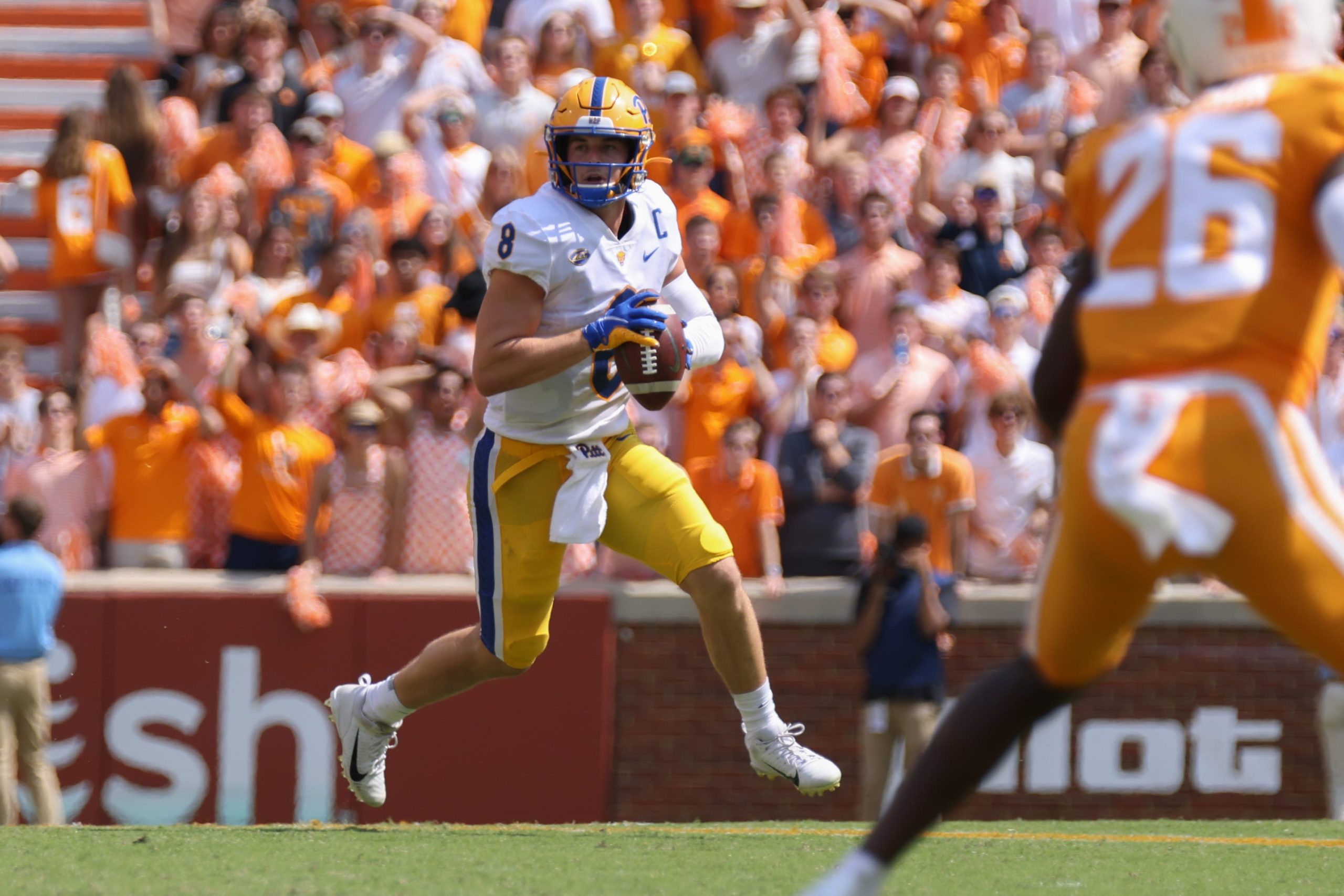 The 2022 NFL regular season is still a ways away, but the 2022 NFL Draft is right around the corner. Whether you’re a draftnik or not it means we can bet on the NFL again, and that’s reason enough to celebrate. There are endless wagering opportunities for the draft, which will be held from April 28-30 in Las Vegas.

Before names start getting called, we’ll have a ton of draft content coming to get you primed. For example, I recently took a look at my three favorite early prop bets. Today, we’ll be focusing on Kenny Pickett, and draft props surrounding the Pittsburgh star who is one of the top quarterbacks in this class. We’ll start by taking a look at the odds, courtesy of FanDuel, before diving into the best bet:

There are a number of bets you can make on Pickett. For starters, you can bet on him just to be the first overall pick at 100/1 if you’re feeling lucky. He’s then 75/1 to go second overall. The first slot where oddsmakers seem to think it’s at least somewhat realistic that he could go is the third overall pick, where he’s 30/1. That’s where the Texans pick, and they’re generally viewed as the first ones who could be looking for a quarterback. FanDuel also has set an over/under on Pickett’s draft position at 12.5, where you have to lay -148 to go over and would get +112 to go under.

One of the most popular markets for Pickett is going to be the ‘first quarterback to be taken’ bet. It seems to be a two-horse race at this point between Pickett and Liberty’s Malik Willis. Willis is a modest -140 favorite to be the first signal-caller off the board, while Pickett isn’t too far behind at +150. There’s also a market for which team will take Pickett, where the Panthers are +175, the Saints are +200 the Steelers are +350 and everyone else is 12/1 or higher. Now let’s get to the fun part, our best bet:

There are a ton of markets surrounding Pickett (and all the quarterbacks), and the one that jumps out to me is the positional one. I’m backing him at +150 to be the first passer off the board. Most people seem to think that the Texans would prefer Willis to Pickett, which seems to be driving this price. But there’s no hard evidence to support that, and most recent indications are that Houston isn’t going to take a quarterback at all with their two early picks.

There’s a pretty solid consensus that the Texans will either go pass-rusher or offensive line with the third overall pick. NFL Network’s Daniel Jeremiah is arguably the best plugged-in guy in media this time of year, and in his most recent mock draft he didn’t even have Willis going in the first round. That shouldn’t be taken lightly.

Jeremiah has the Saints nabbing Pickett in the middle of the first round, but wrote that the Pittsburgh product “could ultimately land in the top 10.” He says that even “if he falls,” he “can’t see him slipping past the Saints.” New Orleans has obviously never shied away from undersized quarterbacks in the past.

Willis is viewed by most as somewhat of a developmental project, while Pickett is far more pro-ready. In a quarterback class that is generally viewed as being very weak, nobody is going to reach and use a super early pick on Willis as a flyer.