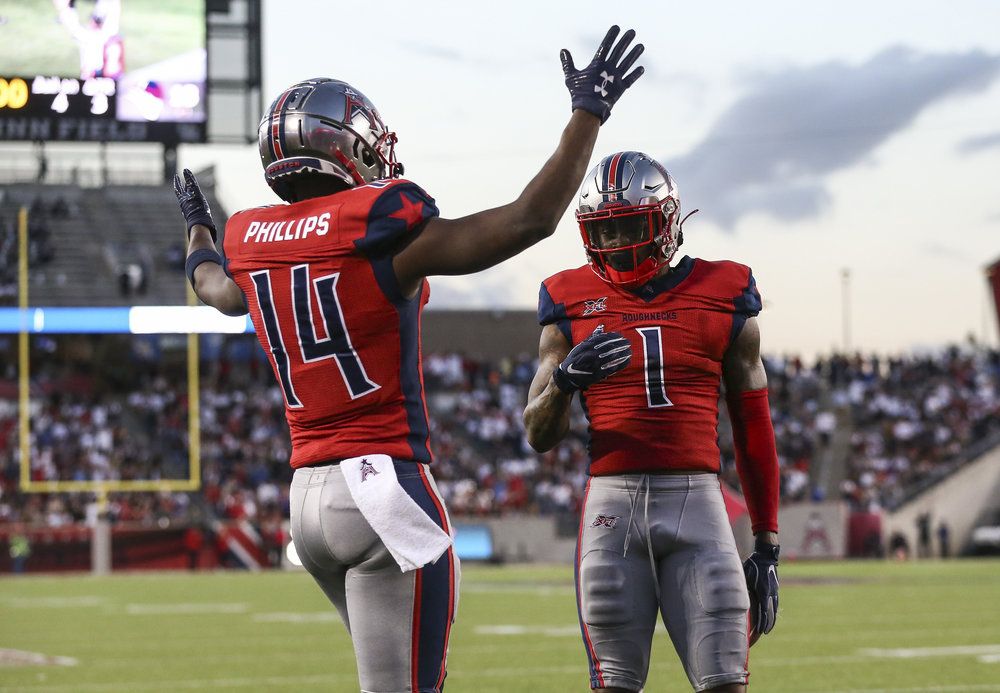 XFL players are ready and eager for possible phone calls from NFL coaches and staff as they are eligible to begin signing with teams beginning on Monday, March 23. Even though the XFL only finished five of their schedule ten regular-season games, there were tons of players who should be getting another or first-time chance in the big league. Let’s take a look at 3 XFL players who could be joining the NFL in 2020 and possibly what teams might be calling them.

The NFL is turning more into a pass-happy league which involves touchdowns left and right from mobile quarterbacks. With that being said, the strongest offensives have the best quarterback and wide receiver combinations. I would be shocked if WR Cam Phillips of the Houston Roughnecks does not find an NFL team this offseason. Phillips led the XFL with a total of 455 receiving yards and nine touchdowns. For an average of 91 receiving yards and nearly two touchdowns per game. One of the reasons why Phillips was overlooked coming out of Virginia Tech was due to be undersized at 6 feet tall and only running a 4.87 40-yard dash. Most smaller framed WR’s usually hit around the 4.35-4.5 time. With Phillips showing that he can perform well in a professional game, I would expect Phillips to gain the most interest out of any of the XFL players. The perfect fit: Washington Redskins

What do the elite teams of the Kansas City Chiefs, San Francisco 49ers, Baltimore Ravens, Los Angeles Rams, and once New England Patriots all have in common? They have an elite Tight end on their team that can do it all. Travis Kelce, George Kittle, Mark Andrews, and Tyler Higbee who took the league by storm late in the league all have showcased they can add an extra boost to their offenses. TE Donald Parham of the Dallas Renegades fits that mold and should be given a chance. Coming in at a monster 6-foot-8 frame, he led the XFL with 24 receptions for 307 yards and four touchdowns. The perfect fit: Arizona Cardinals

Donald Parham is second in receiving yards in the XFL. He has 20 receptions and 4 touchdowns through 4 games for the Dallas Renegades.#XFL #DallasRenegades pic.twitter.com/wLSXGK0jsz

The 24-year old cornerback already has some professional experience spending time with the Pittsburgh Steelers and Detroit Lions. However once getting cut, he decided to join the AAF which he played amazingly in and later joined the recent XFL league. Summers was one of the top cornerbacks in the league with finishing the five-game season with 16 tackles and one interception. There are a ton of new offensive weapons entering the league as defenses need to drastically find players who could play coverage well. Summers should be getting calls once again as he joins the NFL. The perfect fit: Tampa Bay Buccaneers

Of course, QB Phillip Walker of the Houston Roughnecks will also be gaining some interest. Check out which team I thought he would fit in perfectly here.  As for QB Josh Johnson of the Los Angeles Wildcats, he was impressive with 11 touchdowns through starting in four games. However, the 34-year old QB most likely will not be competing for a starting job, more of a backup or coaching role in the NFL.