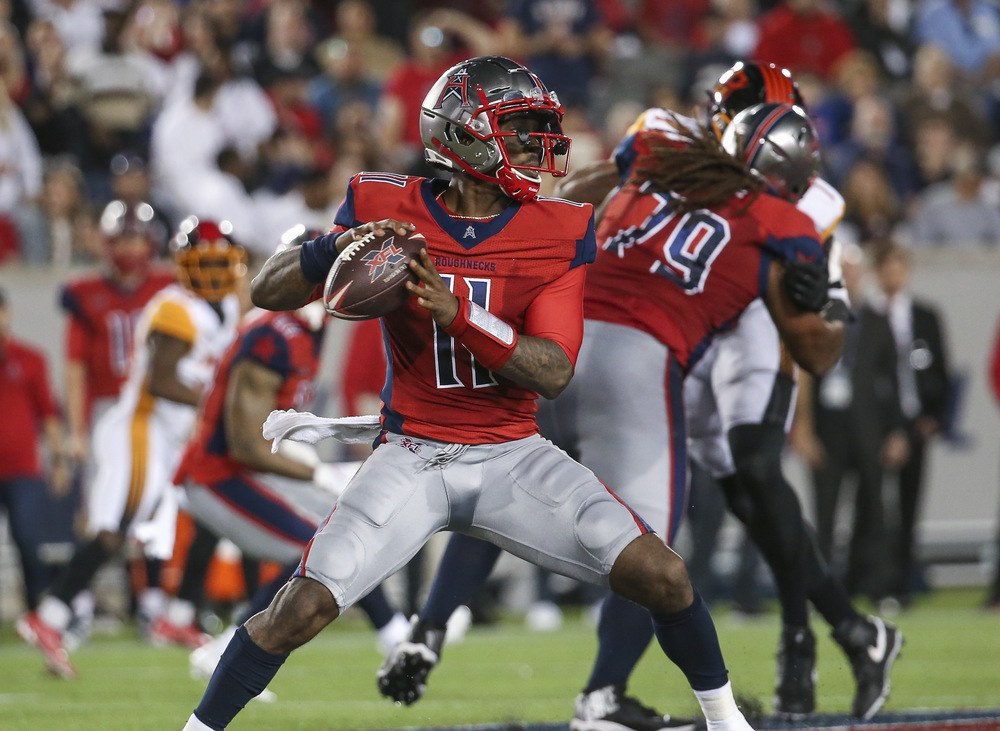 The quarterback position has been in high demand this NFL free agency with likes of Brady heading to Tampa, and Mariota joining the black and silver.  With the high demand, will some teams even venture off outside the NFL to find the new possible star? That could be happening as the FOX 26 Mark Berman has reported that the Arizona Cardinals, Denver Broncos and Seattle Seahawks have all contacted XFL’s Houston Roughnecks QB PJ Walker. Looking at the three interested teams, Walker could easily fit in any of those offensive schemes, but there is one team out of the group that could be perfect for Walker. Let’s take a look at how PJ Walker became a star and what team would fit him best.

The 25-year-old quarterback got his second chance with joining the XFL’s Houston Roughnecks as he had prior NFL experience being the backup QB with Andrew Luck and Jacoby Brissett. It did not take long for Walker to claim the MVP role in the XFL as he consistently dominated each week. It was one of the main reasons why the Roughnecks were unbeaten before the league got canceled with COVID-19 spreading throughout the world. The XFL was able to complete five weeks of their ten-week regular season schedule as Walker finished with 1,338 passing yards, 7.3 yards per attempt, 15 passing touchdowns, 4 interceptions, 99 yards rushing with one rushing touchdown. He was the glue of the XFL as multiple NFL players and fans were talking about the sensational throws Walker was completing every weekend. By proving himself in the XFL, Walker now has the opportunity to possibly join an NFL team, and there is one team he would fit perfectly with.

Are the #XFLRoughnecks the best team in the #XFL?

In all honestly, both the Cardinals and Seahawks are set at the quarterback position. Even though Walker would learn a ton from Russell Wilson and Kyler Murray, his talents will not be used as much if he joins the Denver Broncos. The Broncos just released Joe Flacco as QB Drew Lock is the leading man for the job. Rookie sensation Lock played well in his first year throwing for 1,020 passing yards, seven touchdowns, and three interceptions.  However, Lock is still young and has yet to show he can be the real deal in Denver. There is still a lot of wiggle room in Denver and we know how much John Elway likes to test each QB. It’s a longshot the Broncos will actually give Walker a chance at the starting job, but he will be the closest to that starting role in Denver. Anything is possible and with a dynamic running game, Walker could excel really well in it. Especially during the preseason, Walker could shine and even gain interest in another team or win the longshot starting role.

Wherever Walker ends up, he will continue to showcase his consistently strong abilities at the quarterback position to lead any team.  At the moment, XFL players can now sign with any NFL teams starting on March 23rd. Which NFL team do you think will sign P.J. Walker?