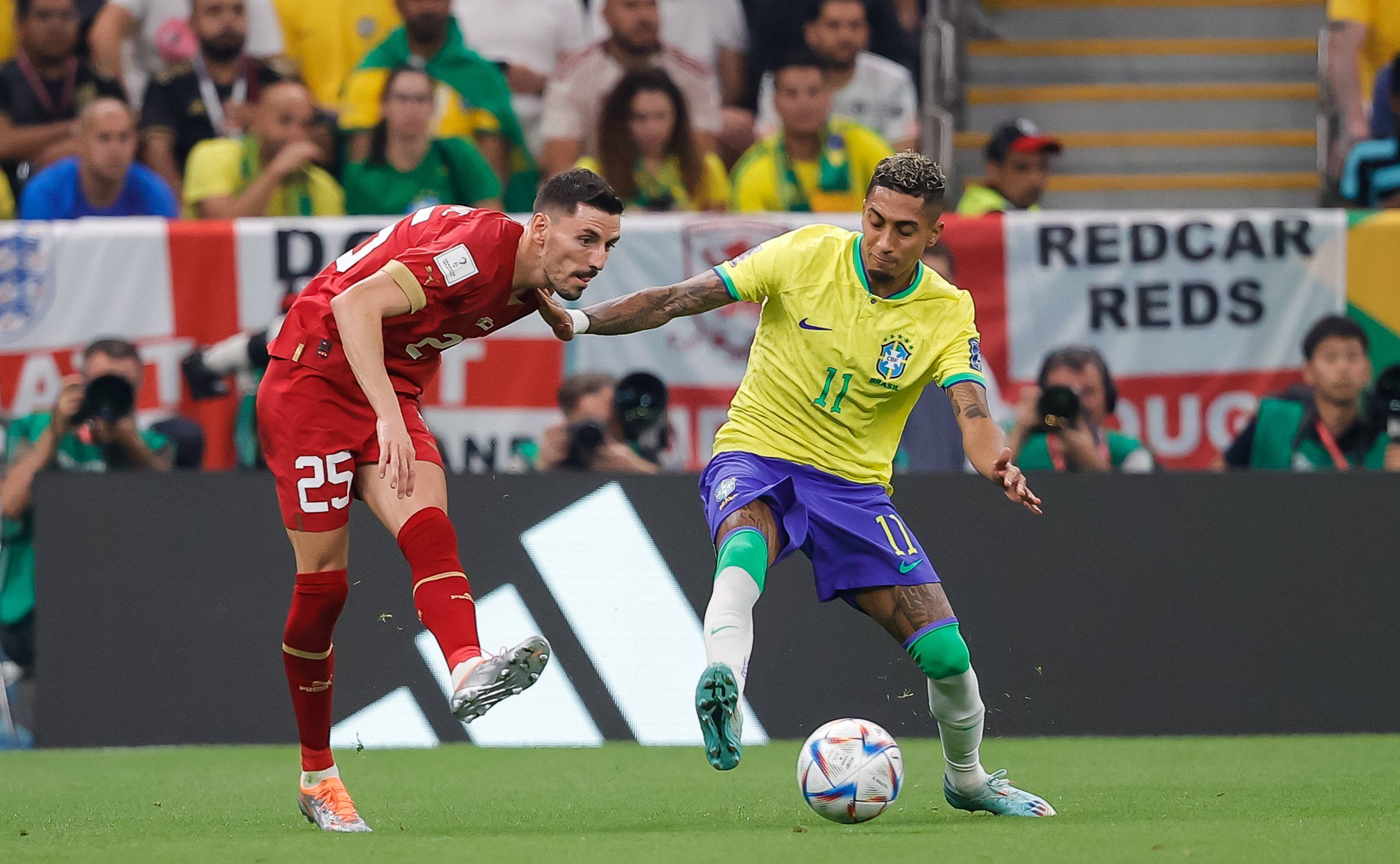 An avid Arsenal fan, I have been writing about soccer for several years and am particularly interested in Major League Soccer, the German Bundesliga and Spain's La Liga.
Updated: 11:02 AM ET December 01, 2022

Friday marks the conclusion of the group stage of the World Cup in Qatar with Brazil, Portugal and Uruguay among the teams in action.

In Group H, Portugal is already qualified and takes on a South Korea team with just 1 point from 2 games, while Ghana and Uruguay meet in in a winner-takes-all contest.

As for Group G, Brazil has already punched a ticket to the round of 16 and finishes its group campaign against Cameroon, which is in a fight with Serbia and Switzerland for the other qualification spot.

Let’s check out the reasoning behind each of our selections.

Portugal received a helping hand in its 2-0 win over Uruguay as the second goal was a weak penalty call but the European were nonetheless the better team in that game. Cristiano Ronaldo and his teammates are through to the last 16 regardless of how the final Group H game with South Korea goes, but there is still an incentive to win as the 2nd-placed team in the group will likely face Brazil in the round of 16.

Fernando Santos has multiple attacking options at his disposal from Bruno Fernandes to Joao Felix and Rafael Leao, and Portugal should be too strong for South Korea, which conceded 3 goals against Ghana last time out.

Ghana has been a lot of fun to watch at this World Cup and could seal a spot in the last 16 with a win over Uruguay on Friday. The African nation will be out for revenge, having been controversially dumped out of the World Cup at the quarterfinal stage by Uruguay in 2010, when Luis Suarez handled the ball deliberately on the line, was sent off and then celebrated when Ghana missed the penalty. That may play on the minds of the Ghanaians, who have nonetheless been a joy to watch, scoring 5 goals in 2 games against Portugal and South Korea.

Mohammed Kudus looks a fine player while Inaki Williams has plenty of talent and over 2.5 goals looks a smart bet in the game against Uruguay with both teams likely to be pushing for a win.

Serbia allowed a 2-goal lead to slip in the 3-3 tie against Cameroon, but can still make the round of 16 with a win over Switzerland, provided Cameroon does not beat Brazil. The Swiss can be stubborn opponents, having shut out Cameroon before limiting the damage against Brazil, but they offer little offensively and that is where this game could be decided.

Aleksandar Mitrovic scored despite not being at his best against Cameroon and can lead his side to victory with decent creative players such as Dusan Tadic and Sergej Milinkovic-Savic around him.

Brazil has looked solid in defense in its opening 2 games in Qatar, denying both Serbia and Switzerland a single shot on target. But head coach Tite may be inclined to make changes for this game and Cameroon can take a nothing-to-lose approach.

The Indomitable Lions have to win this game to stand a chance of progressing and have some talented offensive players such as Bryan Mbeumo, Eric Maxim Choupo-Moting and Karl Toko-Ekambi. They have scored in 3 of their last 4 games and both teams to score looks a good way to approach this matchup.