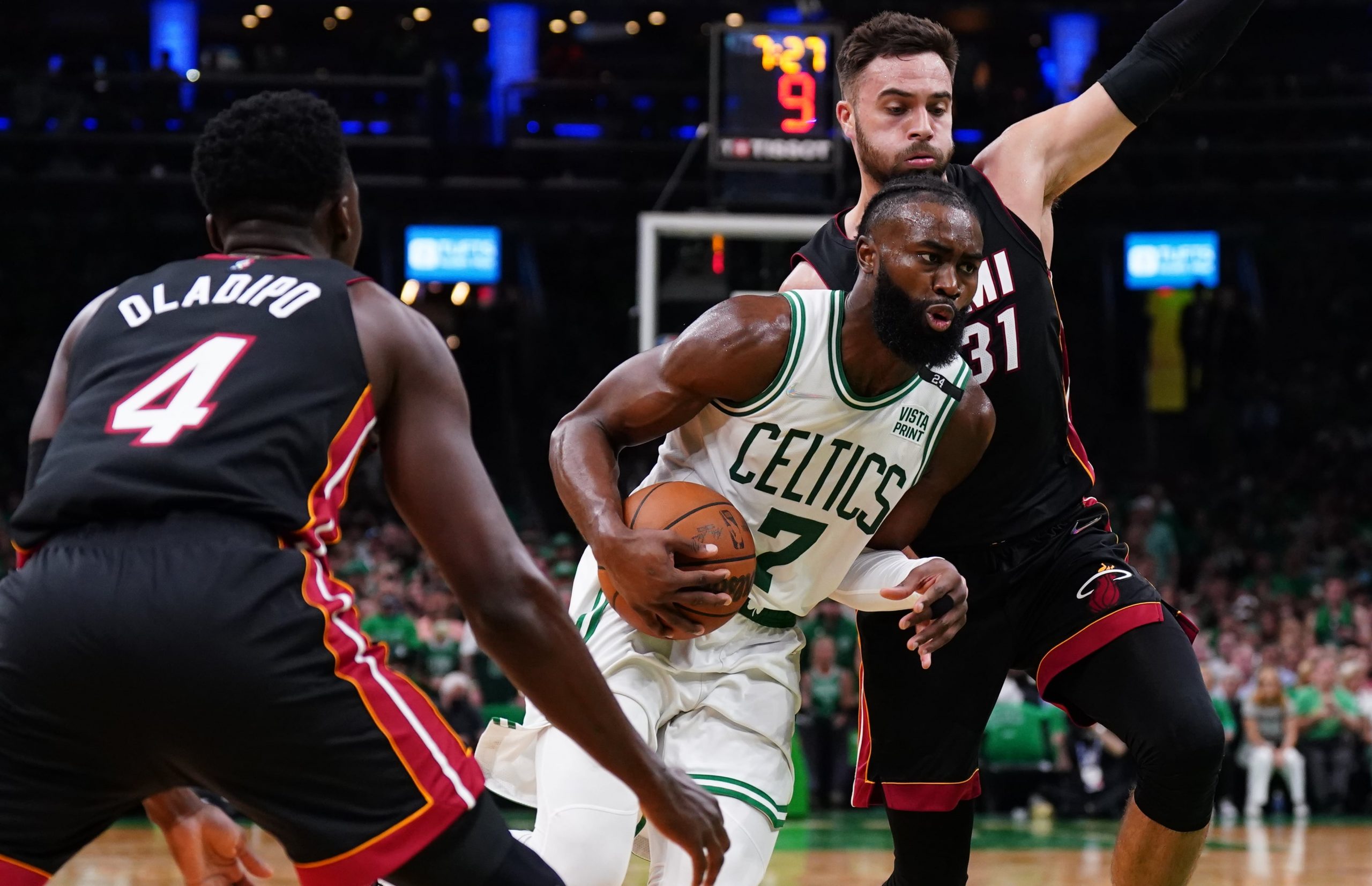 The Eastern Conference finals resume on Monday night with the Boston Celtics hosting the Miami Heat. The Heat won Game 3 on the road, 109-103, despite Jimmy Butler sitting the second half with knee inflammation. Butler is expected to play tonight. My record is 105-80-1 for the season and here are my player props picks for tonight.

After you’ve finished reading my picks, you can also check out our preview for the side and total and our same game parlay.

In 6 games against the Heat this season, he is averaging 7.7 rebounds per game, and he has at least 8 rebounds in 8 of the last 11 games. Even with Robert Williams on the floor, Brown is getting a lot of rebounds. Williams sat out Game 3 and is questionable for Game 4.

Marcus Smart is averaging 15 assist chances per game in the series. Smart sat out Game 1 due to injury and had 12 assists in Games 2 and 7 of the last game. The Celtics guard has gone over this total in 5 of the last 6 games. In the regular season against the Heat, he had 8, 7 and 2 assists.

It’s a big game for Boston and as long as Smart is healthy, he should play around 40 minutes in a competitive game. The Celtics shot 48.7% from the field in Game 3, but only took 70 shots from the field compared to 92 for the Heat due to turning the ball over 23 times.

Check out our first-basket best bet for the game.