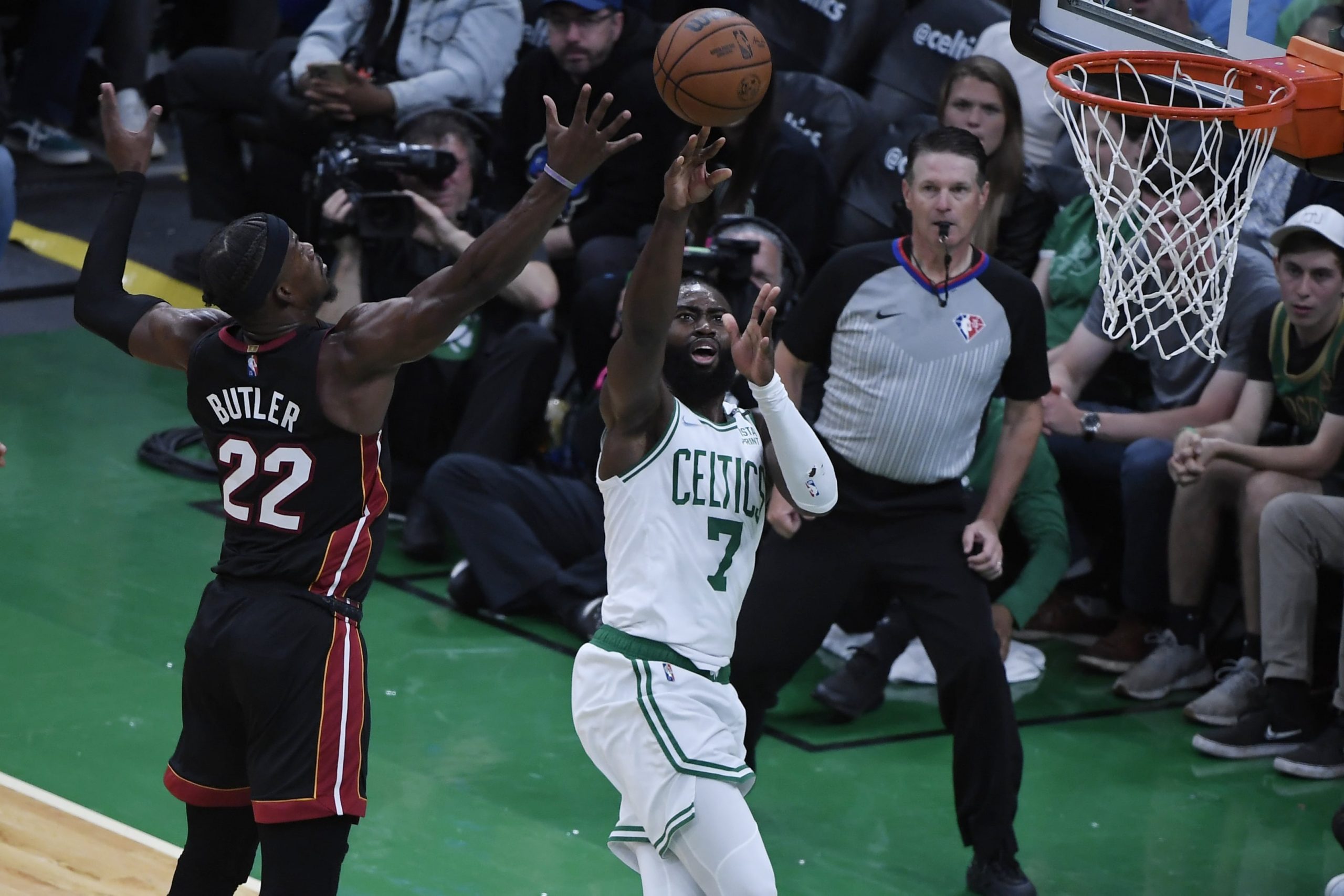 The Eastern Conference finals resume Wednesday night with the Miami Heat hosting the Boston Celtics with the series tied at 2. Injuries are a big factor in this series, so check who’s in or out before placing any wagers. My record is 106-80-1 for the season. Here are my player props picks for tonight.

We played this Monday and it cashed, and the number remains the same despite Brown consistently going over the line. Brown has gone over this total in all 4 games with 10, 8, 9 and 7 rebounds. Brown has topped this line 8 times in the last 11 games. In 7 games against the Heat this season, he is averaging 7 rebounds per game. He has at least 8 rebounds in 8 of the last 12 games. Robert Williams isn’t 100 percent and Brown has still been able to be a force on the boards with Williams on the floor.

Lowry missed the first 2 games of the series due to injury and played well in Game 3. He had 6 assists in 29 minutes in a 109-103 win. The Heat couldn’t hit any shot in Game 4 and Lowry was limited to 21 minutes and only 2 assists as the starters shot 7-for-36 from the field. It’s clearly an outlier performance and they won’t be that bad again. In his other 6 playoff games, Lowry has at least 5 assists in 4 games. Lowry had 9 potential assists in Game 4 and the Heat will shoot better at home.

Lock in our same game parlay for Game 5 of Boston Celtics vs Miami Heat (+857 odds!)