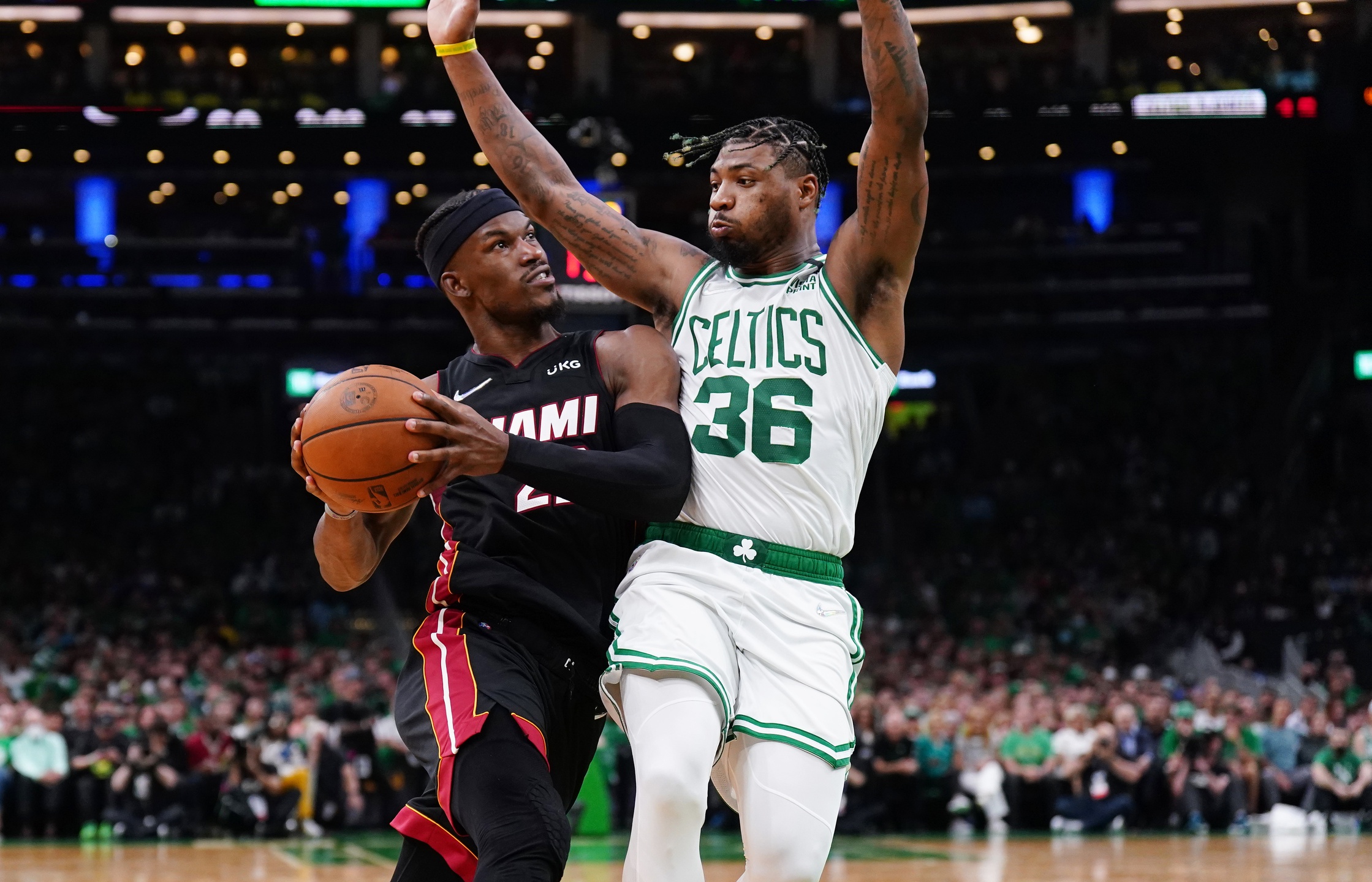 It’s a pivotal Game 5 between the Boston Celtics and Miami Heat as the two teams lock horns yet again with the series tied at 2-2. Tip-off is set for 8:30 pm ET on ESPN, and to add to the excitement, I’ve prepared a same game parlay which you can find below.

We also have our side and total picks available for Game 5 of the Dallas Mavericks vs Golden State Warriors.

History tells us that Game 5s are really important in series like this as 82% of teams that win Game 5 with the series tied at 2-2 go on to advance to the NBA Finals. Boston has outplayed Miami for the majority of this series, losing only 3 quarters, but somehow they are still not ahead. That should change tonight. Boston has led in every meaningful statistical category over the last 3 games and I don’t see that changing any time soon.

Injuries could also play a big part in the outcome of tonight’s game – Jimmy Butler, Tyler Herro, P.J. Tucker and Kyle Lowry are all banged up and nowhere near 100% for the Heat. If Boston is able to clean up their turnovers they’ll be in a good spot here. In their last 12 games, they are 10-2 SU when they have 15 or fewer turnovers. The Celtics won by 25 in Game 2 on the road in Miami so expect them to be good enough to win by at least 5 points tonight.

Something is clearly off with Jimmy Butler. After starting the series with 41 and 29 points in the first 2 home games, he followed it up with 2 really poor performances in Boston. What is more alarming if you are a Miami Heat fan is the fact that he played only 20 and 27 minutes in those games, raising questions about his knee which had bothered him earlier in the postseason.

His shooting has also fallen off track – he connected on just 37% and 21% shots from the field in Game 3 and Game 4, none of which were threes. In fact, for the series he has made just 1 three-pointer on 7 attempts and over the 7 games played against Boston this entire season, he is just 1-for-14 from downtown. With him scoring just 14 points on 22 shots over the last 2 games and taking just 2 threes, I have my doubts about his health. If he really is injured then these odds for him not to make a three tonight are too good to pass up.

Another Heat player struggling with health this postseason is Kyle Lowry. So far he has appeared in just 7 games, averaging 6.4 points per game while shooting a pedestrian 29.6% from the field and 23.5% from three. Those are really concerning numbers from your starting point guard. He’s scored over 10.5 points only once in these playoffs in 7 games, so the chances of him having a big scoring night aren’t all that high. Miami struggled with scoring as a team in Game 4 putting up just 82 points, after watching that game on Monday I wouldn’t be surprised if they finished under 100 tonight as well. Lowry is hurt right now, but if he does play then expect him to struggle with his scoring.