HomeAnalysisGolf AnalysisPGA Golf Picks: After a 30/1 US Open winner, Diane Knox Balas aims for 3 in a row at the Travelers 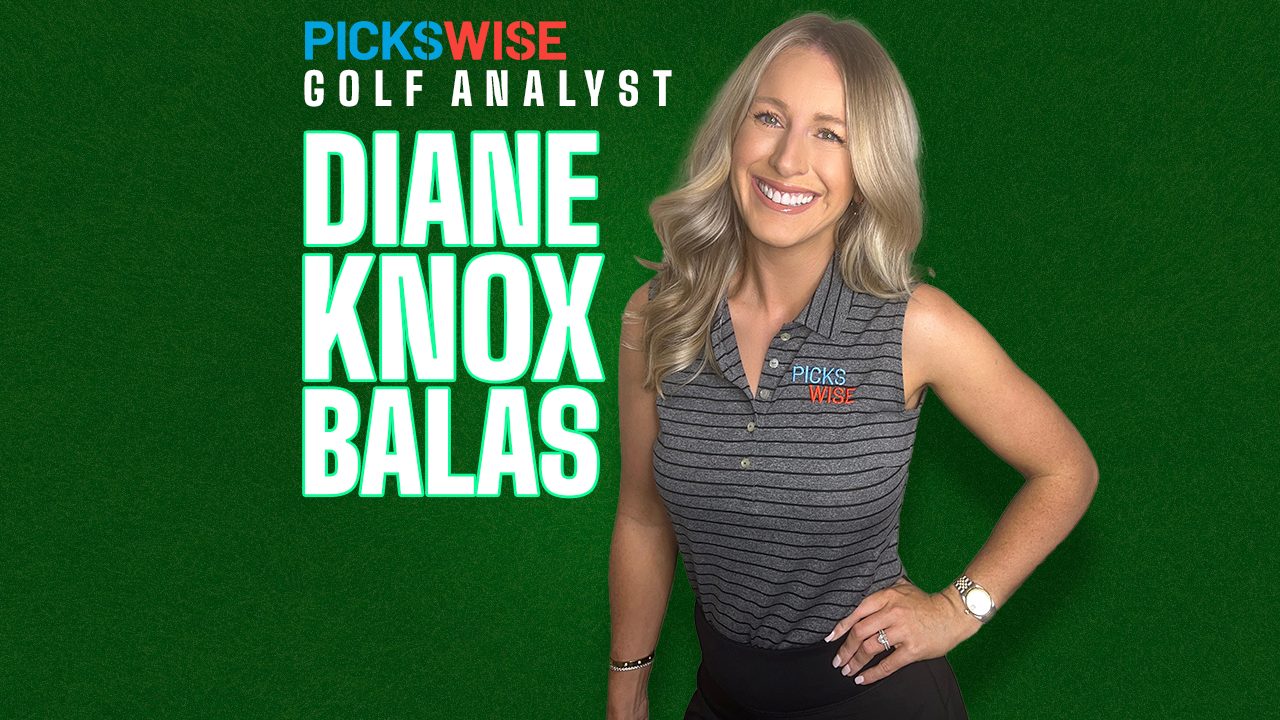 Wow. What an ending to the U.S. Open. The 3rd major of 2022 achieved exactly what it set out to do – the course was tough but fair, mistakes were penalized and we had a head-to-head down to the wire before Matt Fitzpatrick finally got that monkey off his back. The Englishman had racked up a host of wins in Europe, but this was his first victory on American soil, and what a victory it was.

I celebrated like I’d won the trophy! I had picked Fitzy at the start of the week at +3000 and it really felt like a storybook ending – winning again at the venue where he won the U.S. Amateur in 2013, his family all by his side and that elusive major win for his caddy, Billy Foster, a veteran on the Tour who said he’ll be celebrating for weeks!

Even though I’d picked Matt and wanted the two-in-a-row bragging rights (I had picked Rory to win the RBC Canadian Open the week before) I felt so deflated for Will Zalatoris, and really was longing that putt to go in on 18 to force a playoff. We’ve been saying this for a long time, but the win for Will is coming. He now has runner-up finishes at the Masters (2021), the PGA Championship (2022) and the U.S. Open, combined with a T6 at the Masters this year. Watch out St Andrews…!

This week it’s a short drive for many from Boston to Hartford, CT for the Travelers Championship at TPC River Highlands. Full disclosure, I LOVE this tournament as it was the home of my brother, Russell Knox’s second PGA Tour victory back in 2016! If you have time, and so desire, look up the winning moment on YouTube; he ripped off his hat and threw it like a frisbee into the crowd! So I have some intel from him on what it takes to win this tournament.

Year after year, the Travelers Championship attracts a fantastic field as they treat the players so well. Having spent some time at the tournament, I’ve seen it firsthand and the tournament staff go above and beyond to make this a week to remember. Even with some fundamental names missing from the tee sheet (we see you LIV Golf!) there’s a lot of star power to look through this week, with five of the World Golf Rankings top-6 playing.

Also, last year this tournament was home to an epic playoff; it took Harris English 8 playoff holes to beat Kramer Hickok in what felt like a blow-for-blow putting contest. 5 of the last 11 tournaments here have ended in a playoff, and who could forget Jordan Spieth’s infamous bunker hole-out in ’17 to seal the deal against Daniel Berger.

TPC River Highlands: What you need to know

We’re looking at a short course this week, in fact TPC River Highlands is the second shortest course on the PGA Tour schedule at just 6,841 yards. Past champions have been a real combination of shorter hitters (Chez Reavie, Kevin Streelman) and the bombers (Dustin Johnson, Bubba Watson). Talking of Bubba, he’s a 3-time Travelers champion and loves this place, but won’t be playing this week due to surgery rehab (and LIV Golf rumors but we won’t go there). Distance is always an advantage as the guys can play aggressive lines and leave themselves shorter clubs into the green, but a number of holes here will force them to lay up and club down. Two par-4s measure under 350 yards, and 10 of them are under 450 yards, with two very scoreable par-5s.

Watch out for the 15th hole too, a real risk-reward gem! It’s a 296-yard par-4 with water on the left and a massive hill on the right. It always makes for a lot of entertainment/drama.

The rough is known to be penal here, and even with wide fairways you will see a lot of guys clubbing down off tees to increase their chances of staying in the short grass. It’s also a tough scrambling course, so hitting greens is key. I’m really looking at driving accuracy and greens in regulation for my picks this week.

When looking at great ball-strikers with excellent greens in reg stats, Burns is the man. He’s 4th in strokes gained: total, 4th in approach and 5th in GIR, hitting over 70% of greens. He’s also 4th in birdie average, which is vital this week as scoring should be relatively low with a lot of good opportunities for a player of Burns’ caliber. Eight top-10s this season, with three of them being wins, and Burns has cemented himself as one of the best players on the PGA Tour. I can’t wait to see how he performs around TPC River Highlands.

Never mind Fitzpatrick, I think Keegan Bradley had the biggest smile of the U.S. Open week! The New England native received a hero’s ovation walking down 18 on Saturday and Sunday, and finished in a tie for 7th. He bounced back after a horrible start to the final round. Keegan’s game is really trending, with six Top-10s already this season, and he’s now on a course he has good history at, finishing runner-up in 2019. He couldn’t buy a putt on Sunday, but his overall putting average for the year has really improved, with his usual solid ball striking stats putting him 3rd in total driving efficiency.

I had picked Harman for a top-10 last week at the U.S. Open, and after a strong three days, he had a tough Sunday. But he has to take the good play from the start of the week to a course he loves for the Travelers this week. Three top-10s in his last four starts at this tournament, with a T5 last year where he scrambled and putted really well. He’s had three Top-10s this season, and is 12th in driving accuracy on the Tour. I feel a big finish is coming for Harman, and he obviously feels comfortable – and can score – at TPC River Highlands.

History tells us a strong performance at the U.S. Open can be advantageous at the Travelers, and Dahmen held the 54-hole lead at The Country Club last week before finishing in a tie for 10th. He’s such an easy guy to root for, and is playing some incredible golf right now. His approach stat was key last week, leading in greens in reg for most of the major, and gained just over two strokes on the field over the week. His off the tee numbers are improving too, and he’s currently 17th on the Tour in accuracy. I was shocked to see his odds so high this week, so I’m jumping on Dahmen to keep the form going in Connecticut.

I feel Wise goes through real up and down spells in his career, and this up is really making him a popular name on leaderboards week after week. After finishing runner-up at Memorial, he opened strong at the U.S. Open before falling away over the weekend to finish T27. He’s been gaining strokes with his approach play this season, and sits in 16th for the season. I like him to contend again this week.

I’m sticking with another guy who played well in Brookline. Denny is one of the best putters we see on the Tour, and that club has really earned him a T5 at Memorial and a T7 at the U.S. Open. That major finish is bound to fill him with increased confidence this week. His approach stats have also increased week after week since January. I love his game and see another high finish coming his way.