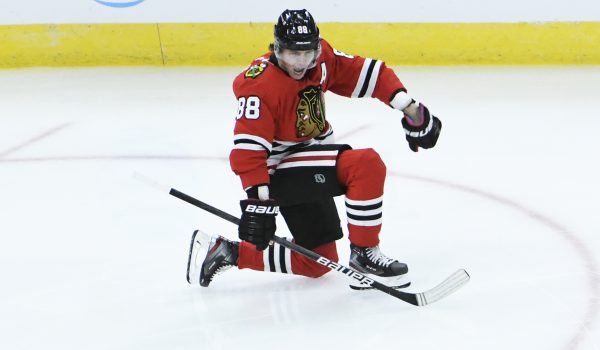 We have a nine-game slate in the NHL on Thursday, which includes an in-state rivalry game between the Tampa Bay Lightning and Florida Panthers on NCBSN. Also taking the ice are the Toronto Maple Leafs, Winnipeg Jets, Pittsburgh Penguins, and Philadelphia Flyers, among plenty of others.

Let’s take a look at the best four-team parlay option for today’s schedule on the hockey rinks.

For this parlay we mix in three favorites on the puck line and another favorite to win outright. Let’s break down each of the four legs one by one.

The Rangers are not stopping in their pursuit of the final playoff spot in the East Division and now sit four points behind Boston after beating the Devils 3-0 on Tuesday night in the first of four head-to-head matchups. New York has now won three of its last five games and in its last eight it is averaging 3.63 goals. Igor Shesterkin has stepped up to be the clear-cut No. 1 goalie and he should get another start on Thursday. Shesterkin stopped all 27 shots from the Devils in the previous meeting to improve his save percentage to .924 on the season. Meanwhile, New Jersey is slipping fast in the standings with three losses in a row and seven setbacks in its last eight outings.

This is the third game in the last four days for both the Maple Leafs and the Jets. The top two teams in the North Division are meeting for the seventh time this season. The Leafs have been on an absolute tear as of late, winning nine of their last 12 games. Goalie Jack Campbell has been unbelievable in 2021, with an 11-1-0 (he set an NHL record with 11 straight wins to start a season) in addition to a 1.98 GAA and .931 SVP. Campbell is getting plenty of support from the team’s offensive stars like Auston Matthews (league-leading 32 goals) and Mitch Marner (second on the NHL in primary assists). In their six meetings against the Jets this season, the Leafs have won four times. 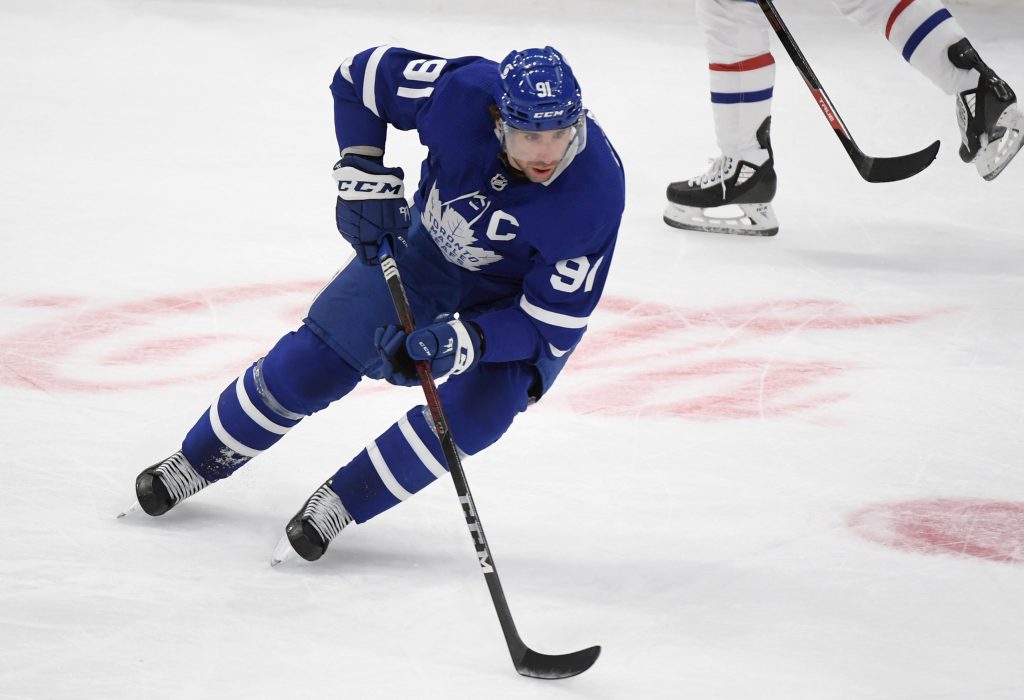 The Penguins are on a three-game winning streak as they return home after playing six consecutive games on the road. Pittsburgh currently sits in third place in the East Division and just four points out of first. Jake Guentzel is coming off of a three-goal game in a 5-2 win over the Devils on Sunday. Guentzel leads the team in goals with 19 on the year and ranks second on the team in total points, trailing only Sidney Crosby. Next up are the Flyers, who have lost three of five head-to-head encounters this year. The Flyers are coming off of a 6-1 loss to the Capitals and have now lost six out of their last eight games.

The Blackhawks are coming in to this game red hot. They have won three of their last four games while being led by Patrick Kane and Alex DeBrincat. Between the two of them, they have 95 points on the season. Coming in to the season there was some uncertainty surrounding the goaltender position for the Blackhawks, but Kevin Lankinen seems to have solved all the problems. He has posted a 16-11-4 record. On both ends of the ice, this should be a favorable matchup for the ‘Hawks. They boast the sixth-best powerplay percentage in the league and the Red Wings are 25th in penalty killing. Detroit is also last in the NHL in scoring 2.23 goals per game.