HomeAnalysisNBA AnalysisAre the Atlanta Hawks really the worst team in the NBA?

Are the Atlanta Hawks really the worst team in the NBA? 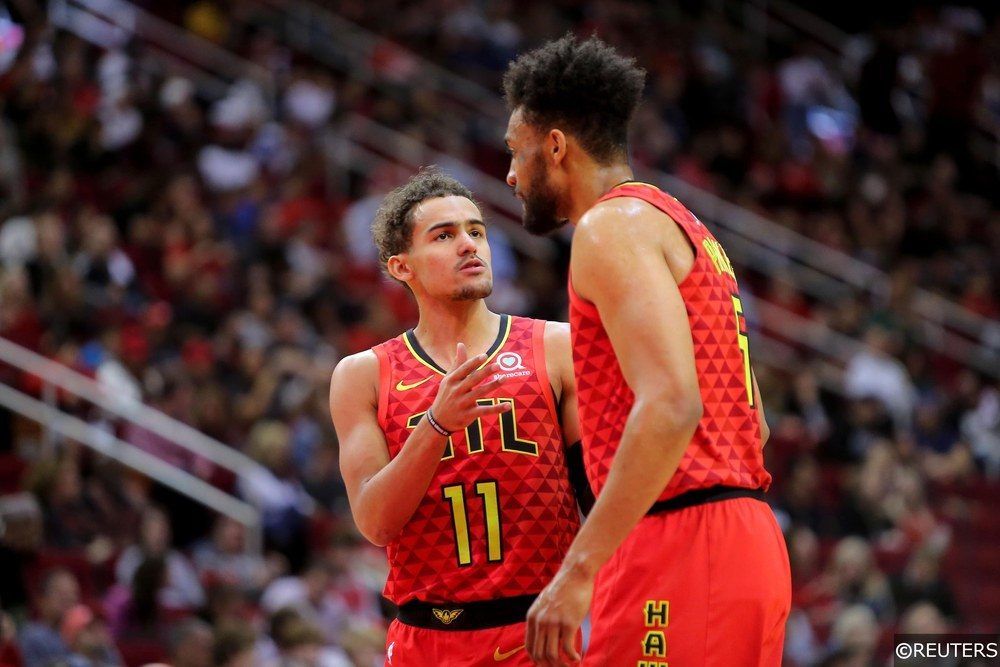 Since graduating from Davidson (The College That Stephen Curry Built), I have been writing about sports--just about any and all you can think of!--and coaching tennis in Atlanta, Ga. Beyond the four major sports, I am an avid tennis fan and cover the ATP Tour on a daily basis. If I'm not busy writing, you can generally find me on a tennis court or traveling the world wherever a sporting event takes me.
@Dimonator133
Updated: 10:40 AM ET December 30, 2019

It may not matter which team finishes as the absolute worst in the NBA this season, because now the bottom three teams tie for the most ping-pong balls in the draft lottery. Nor is there a clear-cut No. 1 overall pick in this year’s class like Zion Williamson in 2019.

Whatever the case, it cannot hurt to be in the absolute cellar and guarantee yourself the best opportunity for the top spot. Not if you aren’t going to the playoffs, at least. The Atlanta Hawks certainly won’t be talkin’ about playoffs this season despite entering the 2019-campaign with relatively high expectations. Less than three months in, Atlanta suddenly has expectations to win the lottery.

Worst of the worst

Heading into Monday’s date with Orlando (check out our free NBA predictions), the Hawks have separated themselves at the nadir of the NBA standings. They are a shockingly bad 6-27; that’s good for at least three fewer wins than any other team in the association (Golden State, New York, and Washington have nine) and at least two more loss than every other squad (the Warriors have 25). Atlanta has won two games in a row only once, and that stretch came at the very start of the season. Yes, the Hawks were actually 2-0 at one point. For those counting, that means they are 4-27 since. Head coach Lloyd Pierce’s club is in the midst of a 10-game losing streak after falling to Chicago 116-81 this past Saturday, one day after getting clobbered 112-86 by Milwaukee (without Giannis Antetokounmpo).

“Another rough night in Chicago,” lamented Pierce, whose team has stunk it up even against some of the weakest competition such as the Bulls. “Another back-to-back where we just didn’t have it.”

The Hawks at least have some excuse for not having it really at all in 2019-20. Power forward John Collins, the second-best player on the team behind Trae Young, missed 25 games after testing positive for a performance enhancer. He is back now as of last Monday, but Atlanta is 0-3 since his return. In that first week with Collins back, Atlanta saw him and Young on the floor together for just one full game. Young sustained a sprained ankle against the Bucks and missed Saturday’s humiliation at Chicago.

Beyond those two crucial pieces to the franchise, Pierce is not getting a whole lot of production. Jabari Parker (15.4 ppg) and De’Andre Hunter (12.5 ppg) are the only two guys averaging double-figures in points. And Collins’ return will naturally reduce Parker’s role, as they play the same position. Cam Reddish and Bruno Fernando are promising rookies with future potential, but neither one is making an instant impact.

In other words, the Hawks are truly looking as bad as their record suggests…even if Young and Collins manage to stay on the floor.