HomeAnalysisNFL AnalysisBack to the Futures: Rams go all in on Miller, Titans lose Henry, new investments in AFC North and Heisman markets

Back to the Futures: Rams go all in on Miller, Titans lose Henry, new investments in AFC North and Heisman markets 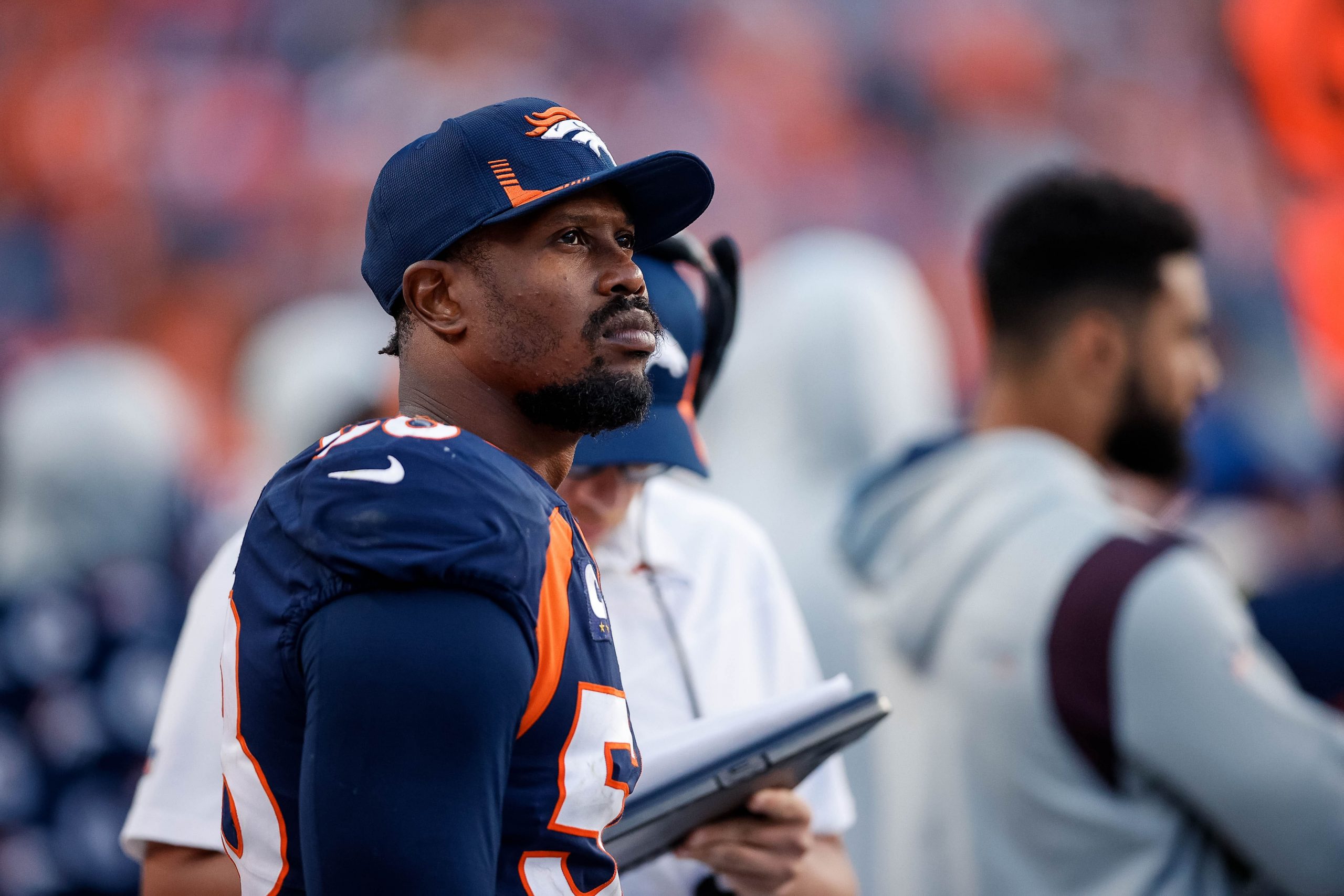 The Rams shook up the top of the NFL futures market on Monday, trading a 2022 second and third-round pick to the Broncos in exchange for eight-time Pro Bowl LB Von Miller. BetMGM immediately moved Los Angeles from +750 to +700 to win the Super Bowl. At the Westgate SuperBook, the Rams pulled even with the Bucs as co-favorites to win the NFC at +300.

Clearly the Rams are fully invested in this season and the oddsmakers are showing them respect, however, I’m always a little hesitant to buy in on a team immediately after the odds have shortened, especially in reaction to a non-quarterback player move.

This is also an intriguing upcoming stretch for the Rams, with the Titans at home followed by back-to-back road games against the 49ers and Packers. One bookmaker said Green Bay would be a one-point favorite in a hypothetical lookahead line against the Rams at Lambeau, so if you really believe in LA, that’s the week to really invest, as it will likely be a tipping point for the market. If the Rams win, their odds will separate from the rest of the NFC as they will have control of their path to the top seed.

“The team that gets the No. 1 seed will have a real advantage and the odds will reflect the bye,” said Darby.

Sure, it might feel like FOMO to not invest in the Rams this week, but patience is always my preferred approach when betting the futures market.

The market barely had time to digest the Derrick Henry injury news before the Miller trade broke, but there was some downside movement as a result of the star running back’s foot injury. It’s tough to call this a buy-low spot, as there is too much we still don’t know about the game plan on offense for the Titans over the next two months. I also can see these odds sinking further if Tennessee gets blasted by the Rams this Sunday. “The Titans can win games, but they won’t beat good teams,” said WynnBET Trader Sawyer Johnson. “Every part of the Titans’ identity revolves around Henry. Without him, they will have to adjust their game plan.

Tennessee signed veteran RB Adrian Peterson as a response to Monday’s news, but his status is also very uncertain. When there are this many unknowns due to injury and roster shuffling, the best strategy is to pause and gather more info. Also, even if Henry returns healthy for the stretch run, the biggest hindrance to Tennessee’s long-term success has always been the defense, ranked 22nd in DVOA. If you’ve been following our futures column, you know I have one of my biggest preseason positions on the Titans to win the division at +110. At this point, with Houston and Jacksonville completely out of the race, and the Colts priced at +1000, it makes sense to protect my investment on Tennessee. A small 0.57-unit hedge completely covers both bets, and will net 2.72 units of profit regardless of who wins the division.

The Pats were a big mover to the upside this week after Sunday’s big win over the Chargers. I think it’s fair to say that if there was a conference where a longshot could emerge, it’s the AFC. I feel confident with one of five teams (Bucs, Rams, Packers, Cardinals, Cowboys) being the only legit contenders in the NFC. But in the AFC, just two wins separate 1st place from 11th place, which speaks to just how wide-open that side of the table is at the midway point of the season.

“I’ve been high on the Patriots all season,” said WynnBET Trader Sawyer Johnson. “They don’t have many fantasy stars, but they have the formula that can earn victories in this league.” Not all oddsmakers are aligned with this thinking, as New England is priced even longer at FanDuel (+6500) and BetMGM (+8000). If the Pats are indeed undervalued in the market as Johnson suggests, then there should be several opportunities to back them on a weekly basis against the spread, and not be forced to lock up our money long-term.

Cincinnati Bengals: +325 to +400 to win the AFC North at TwinSpires

Last week, I recommended passing on this market, not because I didn’t believe in Cincinnati long-term, but as discussed in the past and in this column, my contrarian nature hesitates to invest in teams immediately after a big shift in the market. I’ll admit I was a little surprised this number didn’t dip more after the Bengals’ loss to the Jets on Sunday, but I also think the lack of a significant downside move is indicative of how the bookmakers feel about the overall strength of Cincinnati.

“If I had to make a wager, I’d take them,” said TwinSpires Trading Analyst Zacharly Lucas. “That game at the Jets had let-down written all over it. I think Cincinnati bounces back and takes care of business versus the Browns this week.”

Now that the market has settled a bit from last week’s upside move (+850 to +325), I feel much better about opening a small position on the Bengals this week at a slightly better price. If they do indeed beat the Browns this Sunday, I expect their odds to significantly shorten next week, as it will essentially knock Cleveland out of the race.

The Heisman market has been fascinating this season and I’ve already made several buys and sells over the last few weeks. Currently, I have small positions on C.J. Stroud (0.5u at +600) and Caleb Williams (0.25u at +5000). I also have 1.15 units of net profit in my back pocket from the well-timed sale of Matt Corral last week, so there is room in my portfolio for another small addition. Walker inserted his name into the conversation in a big way this week after his 5-touchdown performance against Michigan, and oddsmakers have also taken notice.

“If they had to hand the award today, they’d likely give it to Walker as he’s the talk of the town,” said TwinSpires Trading Analyst Zachary Lucas. “Stroud still has an interesting path to the Heisman with games vs. MSU and Michigan still left.”

Based on this advice, adding Walker would be a nice way to protect our position on Stroud, as it could come down to whoever wins that matchup between the Spartans and Buckeyes in Columbus on November 20th. The best price I could find on Walker was +600 at FanDuel.