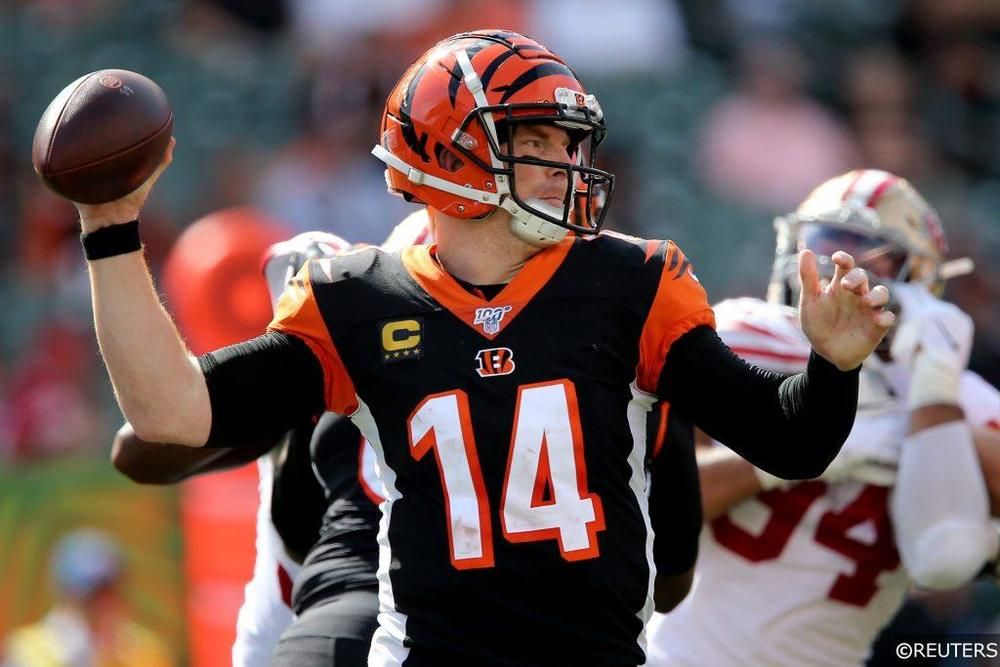 The Andy Dalton era has officially come to an end in Cincinnati. The Bengals released the veteran quarterback on Thursday afternoon.

The move came after months of trade speculation, and Ben Baby of ESPN.com notes that the organization was indeed shopping the long-time player. Following the team’s predictable selection of quarterback Joe Burrow with the first-overall pick in last week’s draft, Dalton reportedly “requested the opportunity to see what’s out there.”

Dalton leaves as the organization’s all-time leader in touchdown passes (204). The 32-year-old ultimately went 70-61-2 during his stint in Cincy, including a 41-19-1 record between 2012 and 2015. Despite leading his team to four playoff appearances, Dalton was never able to guide the Bengals to a postseason victory.

Dalton was set to earn close to $18M in the final year of his six-year extension. The Bengals have been busy spending money this offseason – some estimates have them dishing out around $145M total – so Dalton’s release will provide the organization with some much-needed cap relief.

“This city has been our home since I got drafted here, and this city’s meant a lot,” Dalton said. “I’m thankful for all the people that we’ve met. There’s been a lot of good people in Cincinnati who have pushed me, my wife and my family to be better people, and we’re grateful for that.”

While the veteran has only completed 60.3-percent of his passes over the past three seasons (a far cry from his 64-percent completion percentage between 2013 and 2016), he’s still managed to compile 9.380 passing yards, 62 touchdowns, and only 37 interceptions.

ESPN’s Jeremy Fowler reports that the Jaguars were one team that explored a trade for the veteran quarterback. Jacksonville seems motivated to give Gardner Minshew every opportunity to succeed as their signal-caller, but the organization has still flirted with veterans throughout the offseason. If Dalton ends up landing with the Jaguars, he’d have to following the path of 2019 Ryan Tannehill (i.e. start the season as a backup before supplanting a young teammate).

There was also speculation that Dalton may land in New England, where the Patriots will turn to either Jarrett Stidham or Brian Hoyer to replace Tom Brady. However, Fowler reports that New England didn’t show much interest in Dalton.

Either way, Dalton is yet another intriguing QB option for teams to kick the tires on. Just like Cam Newton (and Jameis Winston before them), it shouldn’t take too long for the veteran to find his next gig.