The Best Available Quarterbacks and Where They'll (Maybe) Sign 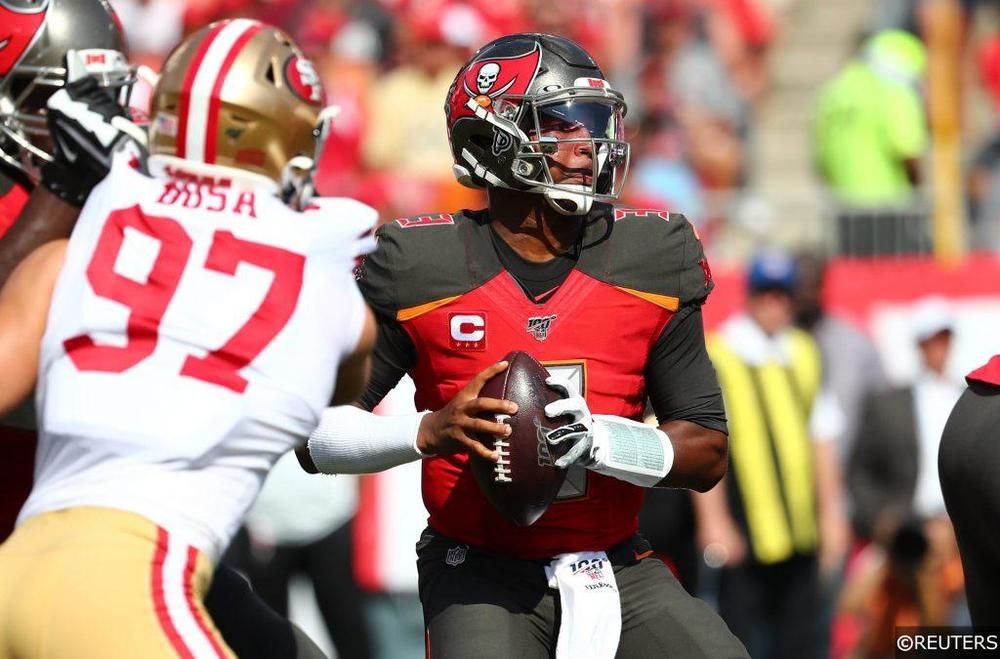 There have been a flurry of NFL moves this week, with many of the quarterback-centric transactions stealing the headlines. To review, these are the quarterback moves that taken place over the past few days (for the sake of brevity, we didn’t detail which moves are official vs. reported):

That’s eight noteworthy quarterbacks who have already switched team. This is a bad thing for the remaining free agent quarterbacks, who will have to settle for underwhelming contracts. There will also be a diminished trade market for teams looking to shop their under-contract QBs.

However, this is a good thing for the few remaining QB-needy teams. Sure, options are naturally limited, but as you’ll learn later on, there are still plenty of usable, available quarterbacks.

Before we dive into the individual players, lets see which teams could still be hunting for a quarterback.

While Bill Belichick is an unpredictable as they come, this is the one team on the list that you can (all but) guarantee to add a quarterback at some point this offseason. At the moment, they’re rostering 2019 fourth-rounder Jarrett Stidham and Cody Kessler. While there’s some optimism in New England surrounding the soon-to-be sophomore signal-caller, it’d be a shock if the Patriots don’t add someone to provide the youngster with competition (with all respect to journeyman Kessler).

Fitzmagic is real, and Josh Rosen will forever have the first-round stamp on his name. However, neither of these players appear to have a long-term future in Miami. Considering the Dolphins’ pseudo-tanking job, it wouldn’t be surprising if they end up opting for a rookie QB.

It sounds like Andy Dalton is more likely to start 2020 on a different team. The team selected Ryan Finley in the fourth round of last year’s draft, but that probably won’t stop the rebuilding Bengals from taking a rookie in the upcoming draft.

The Broncos seem committed to Drew Lock, who they used a second-rounder on in last year’s draft. John Elway has shown in the past that he’s willing to replace a highly-touted youngster for a championship-caliber QB (Tim Tebow and Peyton Manning), but there doesn’t appear to be any players of those caliber still available.

The Chargers SWEAR they’re set to roll with Tyrod Taylor in 2020. If that were the case, why were they connected to Tom Brady? Clearly, the team isn’t completely dedicated to the veteran, but they probably prefer him over any of the available options.

Dwayne Haskins’ rookie season didn’t go as planned, and there have been questions about the organization’s commitment to the first rounder. With a new administration in Washington, perhaps the front office and coaching staff would prefer their own signal caller.

That’s only six teams remaining who could be looking to add a starting quarterback for next season, and as you’re about to see, there are certainly more than six starting-caliber QBs up for grabs.

The Panthers announced this week that they’ve allowed the former MVP to seek a trade (much to the dismay of the quarterback himself). The organization also signaled that Newton’s tenure with the team had come to an end when they inked Bridgewater to a pricey contract.

As we mentioned above, perhaps new Redskins head coach Ron Rivera wants a veteran to battle with Haskins. Well, it’d make plenty of sense for the coach to call up his former Carolina QB.

The former first-overall pick clearly has the most upside out of anyone on this list (except, perhaps, the rookies). While the 26-year-old put up some gaudy numbers in 2019 (5,109 passing yards, 33 touchdowns), he also tossed a league-high 30 interceptions.

Turnovers (and, vicariously, focus) have always been a concern when it comes to Winston. However, couldn’t you see a team hoping their coaching staff could turn him around?

The Bengals’ front office isn’t necessarily known for their savvy, so while this may seem like a peculiar fit, would you really put it past them? With no clear future starter on the roster, maybe Cincy wants to see if they can strike gold with Winston.

Things have been rough in Cincinnati in recent years, but you can’t really attribute the team’s lack of success to Dalton. The veteran has been solid since he’s turned 30, completing 60.3-percent of his passes for 62 touchdowns vs. 37 interceptions over the past three years.

Now, we’re all aware that Dalton doesn’t elevate the ceiling of his team. However, considering his conservative play style, he also doesn’t really limit the floor.

Considering that sentiment, it seems like the Patriots would be a natural fit for Dalton. New England will presumably be looking to compete in 2020, and who better than a player who will only play within a system?

Flacco was unsurprisingly let go by the Broncos on Thursday, with his lone season in Denver proving to be a dud. Still, the 35-year-old managed to complete a career-high 65.3-percent of his passes (albeit in only eight games).

Flacco is in a similar boat to Dalton, although Flacco has endured many more miles on the body. As a result, the veteran may have to settle for a backup gig in 2020.

As we mentioned, Miami is still rostering Fitzpatrick and Rosen, but the team could save some significant cap savings by moving on from the duo. Plus, when they inevitably draft a rookie, they can turn to a former Super Bowl veteran to help guide him.

We should see three rookie quarterbacks (Joe Burrow, Tua Tagovailoa, Justin Herbert) fly off the board during the early parts of the first round. It also wouldn’t be shocking to see Jordan Love and/or Jacob Eason selected at some point between the first and second rounds.

With so many signal-callers available during the early portion of the draft, QB-needy teams will have plenty of options to turn to.