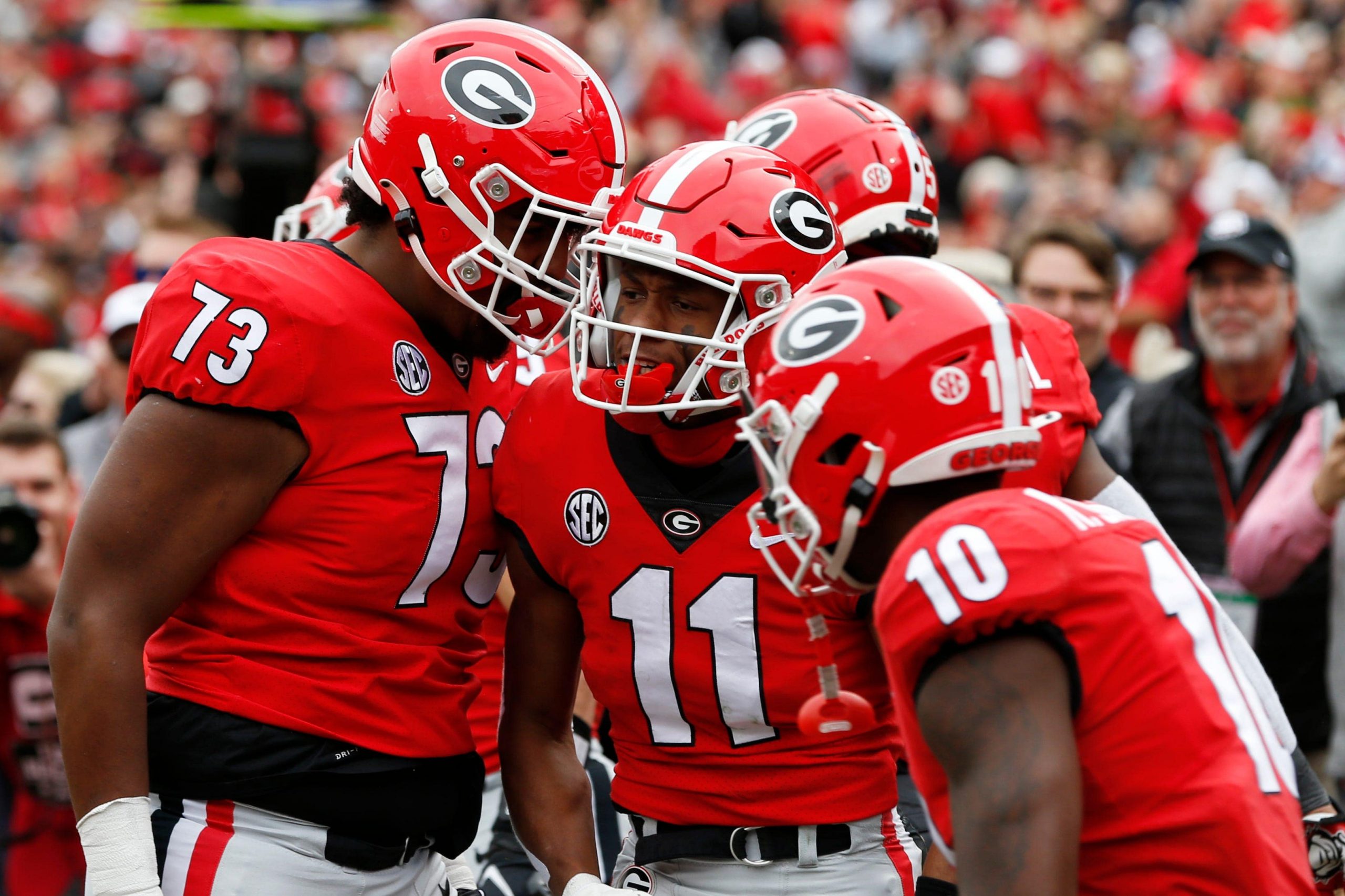 It’s championship week in college football, when the four berths in the College Football Playoff will be awarded. Okay, one spot is already a lock – Georgia is in even it loses the SEC Championship to Alabama. The Crimson Tide are playing for their lives, as are Michigan, Cincinnati, and Oklahoma State. Notre Dame, without former head coach Brian Kelly, is at home hoping to watch chaos unfold.

Speaking of the SEC Championship, it is one of my best bets of the week. The Bulldogs are hoping to remain undefeated and keep the No. 1 ranking in advance of the national semi-finals. Let’s take a look at several bets that should be made this weekend.

Since Georgia scraped past Clemson 10-3 way back in the opening game of the season, no team has played the Bulldogs closer than a 17-point margin. The Dawgs have destroyed 10 of their 12 opponents by 24 points or more. Dating back to the third week of October, these are UGA’s results: 34-7 over Florida, 43-6 over Missouri, 41-17 over Tennessee, 56-7 over Charleston Southern, and 45-0 over Georgia Tech. Head coach Kirby Smart’s squad boasts arguably the best defense in college football history. It is holding opponents to a mind-boggling 6.9 points per game (Wisconsin and Oklahoma State are tied for second in the nation at 16.4 ppg allowed). Alabama is lucky to be going in with just 1 loss. In addition to their 41-38 loss to Texas A&M, the Crimson Tide beat Florida by 2 points, LSU by 6 points, Arkansas by 7 points, and Auburn by 2 points in quadruple-overtime. Running back Brian Robinson Jr. being sidelined (he is questionable with an undisclosed leg injury) would only add to the Tide’s uphill battle.

For the first time since 2014, the ACC Championship is without Clemson. It will be Pittsburgh vs Wake Forest after the Demon Deacons left the Tigers in the dust in the Coastal Division despite a loss in their head-to-head matchup. In what appears to be a complete tossup on paper, I will happily take the Deacons plus a field goal against the Panthers. Pitt has no particularly good wins, while Wake at least beat then-No. 16 NC State 45-42 a few weeks ago. This shapes up to be a fun battle between distant Heisman Trophy contenders Sam Hartman of Wake Forest and Kenny Pickett of Pittsburgh. Give me the 3 points.

UTSA has been the darling of the college football world this season, as the Roadrunners were undefeated and ranked No. 15 in the country heading into the last week of the regular season before suffering a brutal road loss at the hands of North Texas. However, their rushing attack has been stifled in recent weeks. On defense, the Roadrunners will have their hands full with Bailey Zappe and the Hilltoppers’ top-ranked passing offense in the country. Zappe continues to put up video-game numbers each time he takes the field and he is the primary reason why Western Kentucky has scored at least 42 points in seven of its last 8 games. WKU has won and covered in 5 straight games while being an absolute nightmare for opposing defenses. Go with the Hilltoppers to win the Conference USA Championship and cover the 1 point.