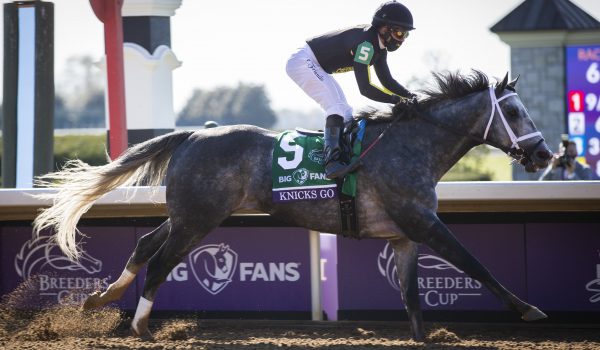 Saturday brings a sizzling day of racing at Belmont Park with the final leg of the Triple Crown, the Belmont Stakes, the undisputed highlight, but there are a host of top-quality races throughout the card.

In addition to the Belmont Stakes, which is Race 11 on the 14-race card, there are no fewer than seven other Grade 1 races — the Woody Stephens Stakes, the Acorn Stakes, the Jaipur Stakes, the Ogden Phipps Stakes, the Just A Game Stakes, the Metropolitan Handicap and the Manhattan Stakes.

Let’s take a look at the whole card, with picks for each race and expert analysis of the key events to help you find the winners. And make sure you read to the end for our picks for the Belmont Park Pick 6, which runs from races six to 11. 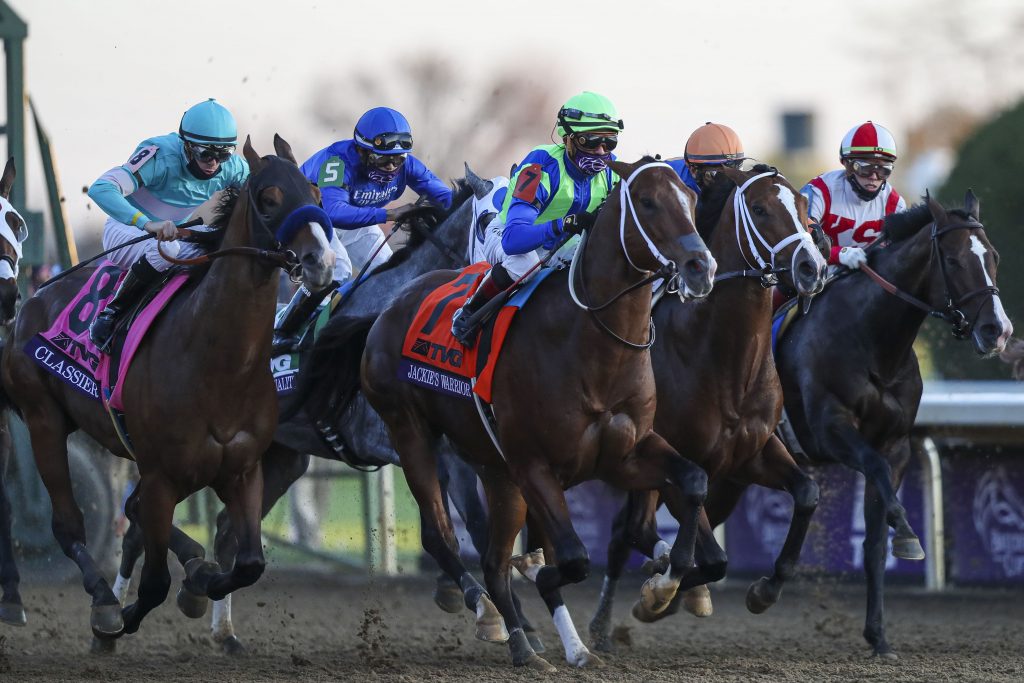 Two-time Grade 1-winner Jackie’s Warrior (3) has every chance of dominating this field from the jump, but as we saw in the Breeders’ Cup Juvenile last year, he doesn’t have much fight if he’s taken on for the lead.

With an abundance of speed in opposition, in particular from Dream Shake (4) and Caddo River (6), this could be the time to take a chance on NOVA RAGS (1). He needs to improve on his Peter Pan second but we are yet to see the best of him after six starts and he’s drawn well for a stalking trip from gate one.

SEARCH RESULTS (6) is likely to be the shortest chalk on the Belmont Stakes undercard — and rightly so.

She has thrived since being stepped up to a one-turn mile and went down fighting to leading three-year-old filly Malathaat in the Kentucky Oaks.

A similar display would be good enough to fend off likely speed horse Miss Brazil (3). Obligatory (2) and Travel Column (1) can play leading roles if the favourite disappoints.

You don’t often see a lack of speed in six-furlong turf races but that seems the case here. As a result, BOUND FOR NOWHERE (6) has to be taken on top for Wesley Ward and Joel Rosario. His best effort would win this and he’s drawn to attack in between slow-breakers.

Got Stormy (11) is likely to be hustled from her outside post and may rate the biggest threat. Fast Pass (4) and Sombeyay (12) can gain late ground as the wire approaches. 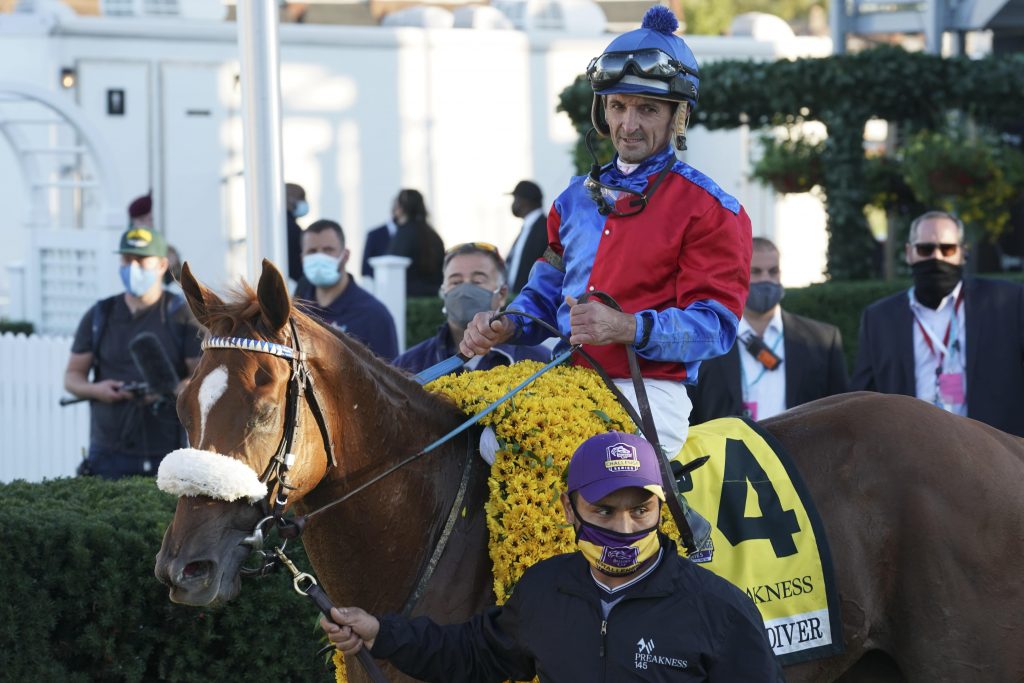 There is every chance that Swiss Skydiver (1), Letruska (3) and Shedaresthedevil (5) hook up on the front in this stellar renewal of the Ogden Phipps.

Each has a plausible chance of winning the race but they could soften each other up, allowing deep closer BONNY SOUTH (7) to rally from last to first. The Juddmonte homebred won her Keeneland prep well and has posted an improving worktab since.

This is a wide-open edition of the Just A Game and Chad Brown has numerous chances to record his fifth straight win in the race. TAMAHERE (10) may be the best under Javier Castellano.

The French-bred was super impressive on her US debut last year and seemed unfavoured by the pace setup in the Matriarch and Jenny Wiley on her most recent starts. A faster gallop brings her turn of foot into play.

Pocket Square (6) performed to a good level for English trainer Roger Charlton and scooted up at Keeneland on her first start for Brown. Irad Ortiz keeps the ride.

Zofelle (1) may be underbet from the rail post, while it’s hard to imagine fellow deep closer Regal Glory (4) being too far away at the finish.

Cox has given him time off since he shipped back from the Middle East and he looks the speed play on the turn back to a mile.

Dr Post (2) returned from a layoff to beat a solid field and recorded a good speed figure in the Westchester last month and further improvement makes him a player. Mischevious Alex (1) and Silver State (3) are three-from-three this season but might lack the tactical speed in this race.

GUFO (9) can spoil the Chad Brown party by producing his customary late kick to run down his talented rivals on his second start off the layoff. His Belmont Derby win at this track in October was exceptional and a lack of race fitness seemed to catch him out in the Man O’ War.

Master Piece (5) and Domestic Spending (4) have similar running styles to the top pick and have plenty of upside, though they will need to work out trips from their gates. First-time blinkers may have a positive effect on Rockemperor (6).

Don’t forget to check out all our coverage of the Belmont Stakes on Pickswise this week including our pace analysis, form assessment, big-race trends and our main preview of the Triple Crown finale. 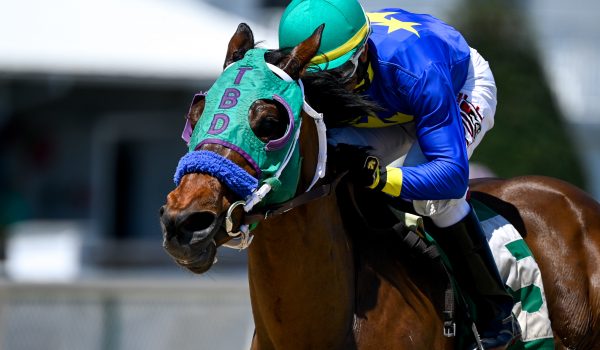 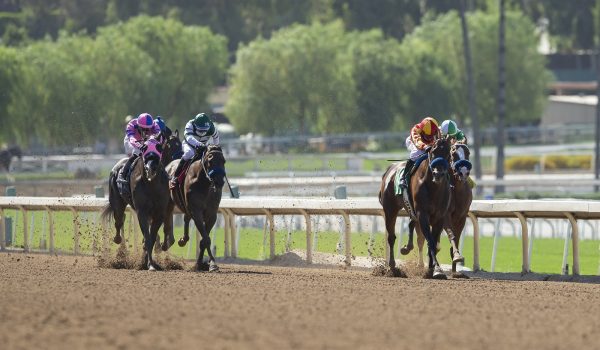