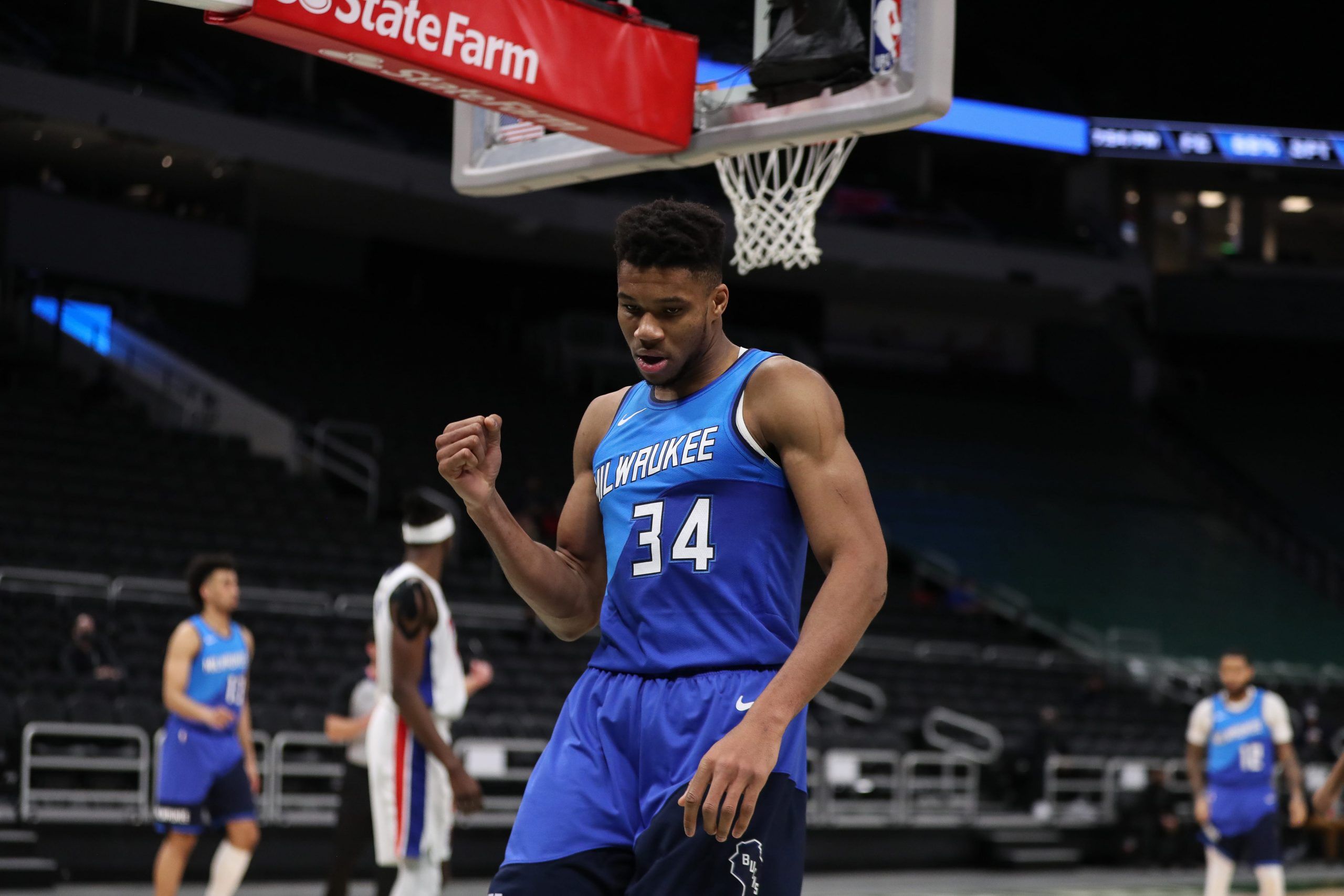 Sunday night’s Game 3 of the NBA Finals sees the action shift from Phoenix to Milwaukee. After the Suns took care of their homecourt in the first two contests, the Bucks will look to protect theirs in a must-win game. Before we dive into player props, make sure to consult how our experts are picking tonight’s game if you’re looking to bet sides and totals.

As we’ve watched two full games of this series, the individual matchups and team strategies are starting to take shape. Two plays tonight standout to me, as I’m looking to capitalize on some advantages I’ve noticed in Game 1 and Game 2.

Despite his status being in doubt coming into the finals, Giannis has put to rest any concerns about his health. He’s played 35+ minutes in each of the first two games, grabbing 17 and 12 rebounds in the process. Between the two games, he’s averaging 22.5 rebound chances. And it’s worth noting that in Game 2, he had secured all of his 12 rebounds before the fourth quarter. I chalk the rebound-less quarter up to an abberation.

Tonight, at home, the All-NBA performer should find an easier path to gobble up the boards. With the Bucks looking to feature smaller lineups (to counteract the Suns diminutive lineups), Antetokounmpo’s frontcourt mates, Bobby Portis and Brook Lopez are seeing their minutes decline. Not only will this position him closer to the basket, as he’s drawing more minutes defending Suns’ center Deandre Ayton, but it puts significant onus on him to crash the boards.

In his last three playoffs, the Greek Freak averages 13.4 rebounds in games he’s played at least 34 minutes. Tonight, in a must-win tilt, we should be presented with a hungry and motivated Antetokounmpo. I have him projected close to 14 rebounds tonight.

Coming off a playoff career-high 27 points in Game 2, I was expecting Bridges’ points line to be 13.5, exactly his regular-season average. Since we’re dealing with a lower point total, the line of 12.5 represents enough value to play the over, in my eyes.

The third-year pro has come back to life offensively in this series, after a tough individual matchup versus the Clippers.  Bridges is seeing increased usage (21.9% in the finals, compared to 14.5% previously) and touches (40.5 in the finals vs. 33.0 prior). The results have yielded 13 and 15 field goal attempts in the first two games, both of which more than his previous 16 playoff games.

And it’s not just the volume, but the quality of his looks. The Bucks’ defense is predicated on protecting the paint, which suits Bridges long and mid-range game just fine. Through two games, 68% of Bridges’ shot attempts were considered open (the closest defender at least four feet away). This is a 4% increase from his regular season average. The Villanova product also netted 15 and 21 points against the Bucks in the regular season.

With tonight’s line set below his season average in a very advantageous matchup, I’m seeing easy clearance for this bet. I have Bridges projected at almost 15 points tonight.