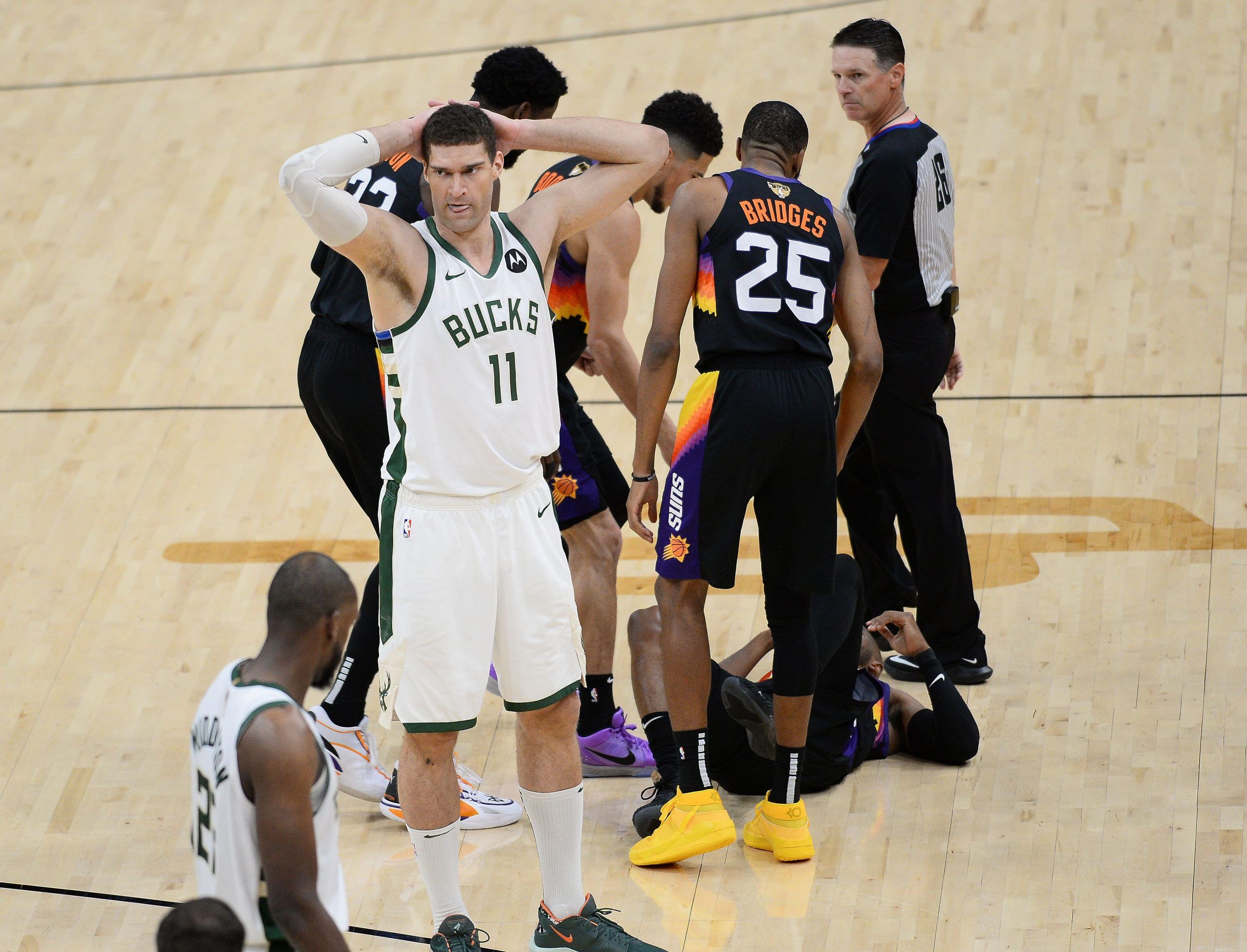 The NBA Finals continue Thursday, which means we need some NBA player props. Sure the side and total need attention but this is it for NBA for a while. All options need to be explored. Imagine getting to the end of the NBA Finals and realizing that you didn’t bet enough. It’s sickening. We’re not far from just MLB and MLS for almost a month before NFL preseason. It’s time to be somebody. Lucky for us, DraftKings has an extremely legit ‘Player Specials’ area in their NBA player prop section. Let’s bang that Thursday night.

Before you read about Thursday’s moves, the smart move is to follow me on Twitter. A couple of other people are doing it, so you’re in good company.

I don’t know if people noticed, but Milwaukee was playing Brook Lopez pretty far from the rim on offense in Game 1. He looked more like a giant wing than a center. Especially when he was jacking up threes like that was what 7-footers do.

The downside was the fact that he only played 22 minutes in the contest with Giannis Antetokounmpo back in action. That’s down from the 37.5 minutes per game he averaged against the Hawks when the Greek Freak was out. We shouldn’t dwell on it, though.

Even though Lopez didn’t even play half the game, he still managed to attempt five three-pointers. What’s even better is that he drained three of them. NBA player props are all about volume and I’m willing to bet we see the same type of usage for Lopez in Game 2. If we do, +160 is a steal for him to splash a couple of threes.

Find out our first basket best bets for Game 2 of Bucks vs. Suns, including a +1000 longshot 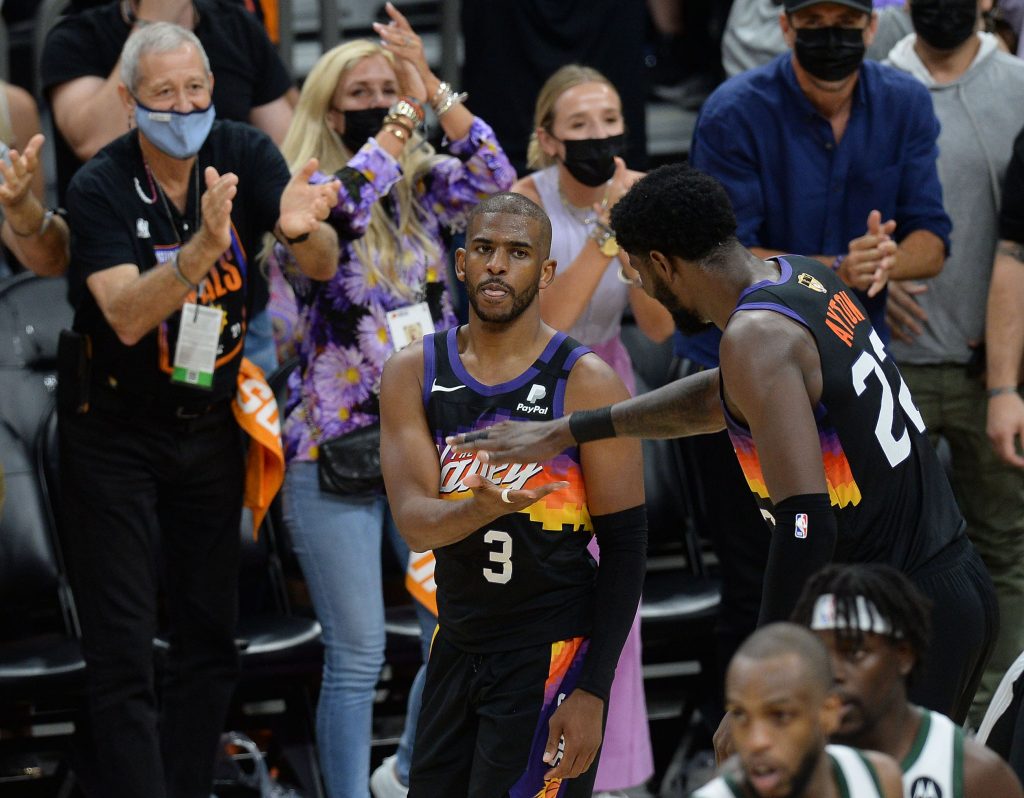 I know what you’re thinking: “What is this?” Basically, it’s a fun way to get Chris Paul over 9.5 assists at +150. We need more fun in our lives and this is how we are getting it on Thursday night.

Deandre Ayton is getting a double-double Thursday night. That’s just a fact. He’s recorded one in each of his last four games and five of his last six. In Game 1, it became clear that the Bucks just can’t handle him on the glass. They didn’t even look like they were trying as he pulled down 19 boards. As far as scoring goes, he’s gone into double-digits in each of his last 11 contests. We’re good here.

With Paul, it all comes down to assists because he’s definitely scoring double digits. DraftKings wants -130 for 8.5 assists and I’m not paying that; not in this economy. Especially when we can get 10+ for +150 by going this route. He had 21 potential assists in Game 1 so he’s getting his chances. I think the Suns’ role players will shoot the ball better in Game 2, which will help Paul’s assist total immensely.

Given the matchup and situation, this is another one of my favorite NBA player props for Game 2.