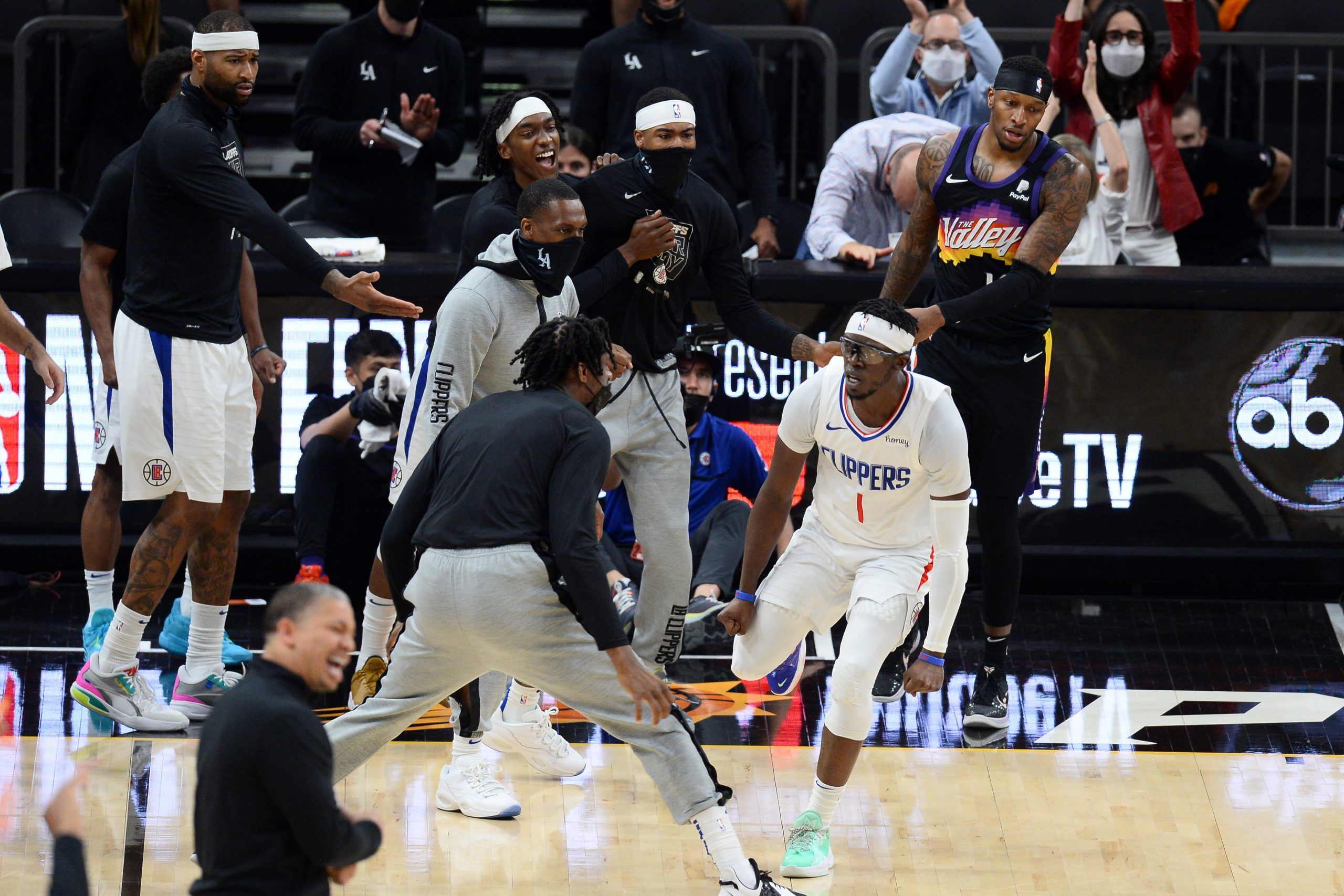 More commonly known as @PropBetGuy on Twitter, Doug Carter has been crunching the numbers on player props for years. He's also a staunch defender of future Hall of Famer, Eli Manning.
@PropBetGuy
Updated: 11:22 AM ET June 30, 2021

Coming into Game 5 on Monday down 3-1, not many people were giving L.A. a chance to see another game. However, after a convincing Clippers win, the series shifts back to Los Angeles for a crucial Game 6. The refuse-to-die Clippers face yet another game with their backs to the wall against a Suns team still one win away from an NBA Finals berth. This late in the series, if you’re looking to bet sides and totals, be sure to consult how our analysts are picking tonight’s game.

On the player prop front, as you could expect, both teams are tightening their rotations as the series trudges on. The Clippers, specifically, played only eight men in Game 5 (save for the last minute of garbage time). With the team leaning on their core players for production, I’m seeing value with the points prop for their point guard.

Be sure to read our full game preview for Phoenix Suns vs. Los Angeles Clippers

Clippers head coach Ty Lue has been masterful with his adjustments this postseason. After Kawhi Leonard went down in Game 4 of the conference semi-finals, the Clippers knew they had to shake things up. One change was Lue fully enabling Jackson as a focal point of the offense, to supplement Paul George.

The results have been stellar, as Jackson is averaging 22.6 points per game over the last seven contests. The point guard has registered a 25.3 percent usage rate, which is easily second amongst the Clippers’ main rotation. For context, Jackson’s usage during the regular season, without Leonard on the court, was only 20.3%.

Jackson has been successful in capitalizing on his higher usage opportunities all season. Including the playoffs, the Boston College product has scored at least 21 points in 10 of 16 games in which he accrued at least 32 minutes of playing time and a 21 percent usage (representing the low-end of his most recent stretch). Just in the postseason, he’s reached 21 points in seven of 10 in such opportunities.

Despite Jackson moving up the offensive pecking order, the Suns have been seemingly more interested in limiting Paul George and the Clippers’ other spot-up shooters. The point guard has been considered open (more than four feet from the closest defender) on 60 percent of his field-goal attempts this series, which leads the Clippers by a wide margin.

The Suns have thrown a variety of defenders at Jackson, none of which have been able to hold down the speedster. Jackson is shooting 49 percent from the field in the series, and the added usage has yet to dampen his efficiency. With the exception of Game 4, Jackson’s effective field goal percentage has exceeded his season average in each game.

Jackson’s scoring has been one of the consistencies in post-Kawhi life for the Clippers. He’s been able to score at least 21 points in games in which his teammates have gone off (Paul Goerge and Marcus Morris combining for 63 points in Game 5, and Terrance Mann’s 39 point explosion in Game 6 versus the Jazz). His scoring is seemingly situation-proof.

In another win-or-go-home scenario, Jackson should be in store for another 36+ minutes. In the last 12 games Jackson has played at least 34 minutes, he’s notched 21+ points nine times (75 percent). I have the 10-year veteran projected at 23 points tonight.