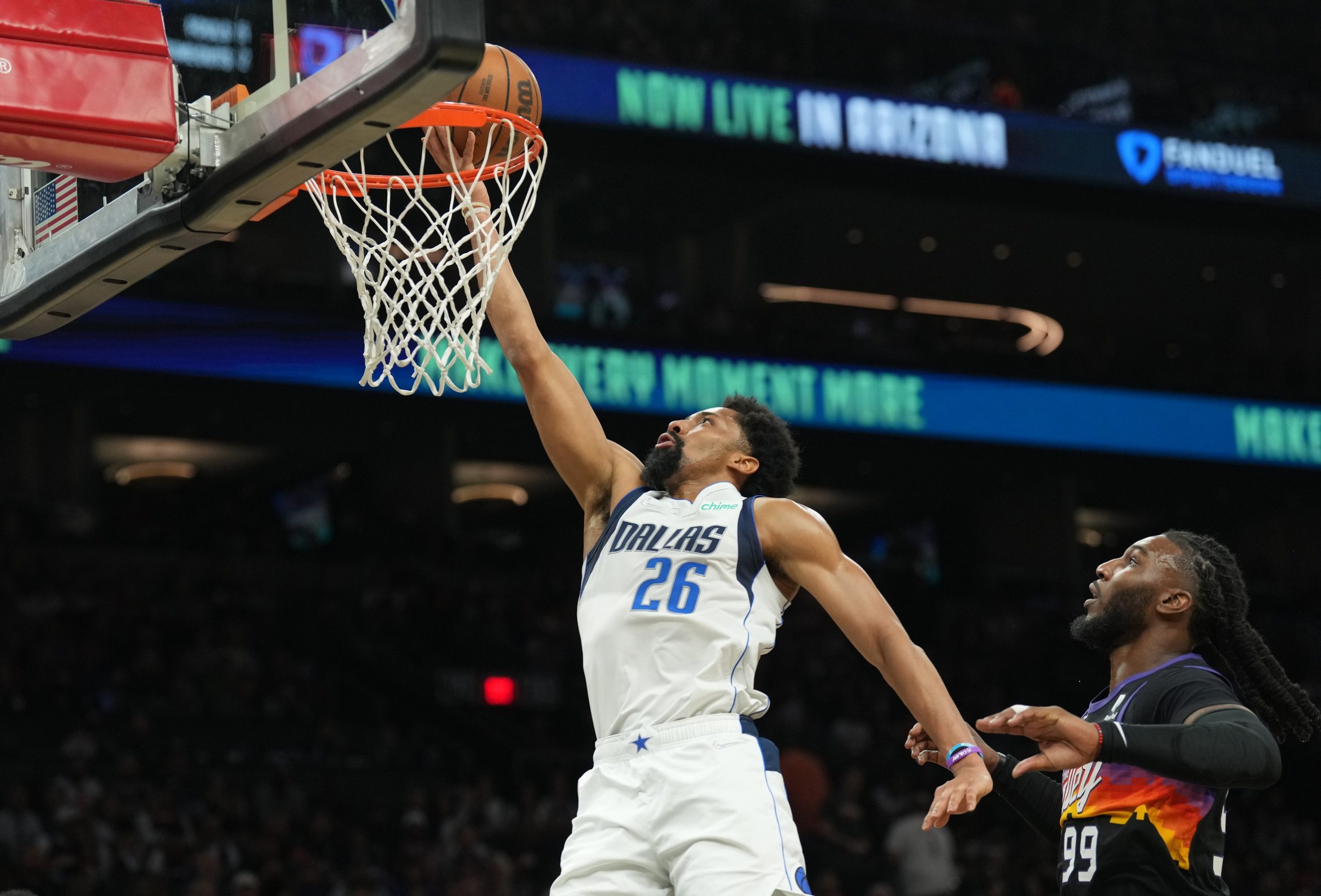 I pride myself in being as transparent as they come. My NBA record from last season and this season are listed in my bio alongside my MLB record. Without further ado, let’s dive into my favorite play for Game 4 of the Western Conference Finals.

Dinwiddie has been a spark off the bench for the Dallas Mavericks since he was traded from the Washington Wizards. He was a significant piece off the bench in the 7-game series versus the defending Western Conference Champions Phoenix Suns. Dinwiddie scored 30 points in the Mavs’ blowout victory in Game 7.

Fast forward to this series against the dynasty of the Golden State Warriors. Dinwiddie has put together games of 17, 4 and 26 points in the first 3 games. He was a +2 plus/minus when on the court in his 31 minutes and was one of the few bright spots for the Mavericks’ offense in Game 3’s 9-point loss.

Dallas found success with Luca Doncic, Jalen Brunson and Spencer Dinwiddie sharing the floor late in the game. When Dinwiddie enters the game for Brunson at the 4:00 minute mark of the 1st quarter, he feeds off Doncic’s playmaking. Once Doncic leaves after the 1st quarter, that is when Dinwiddie is in full attack mode. If Dinwiddie can start fast and score 6-8 points during his first run, we should have an easy winner here.