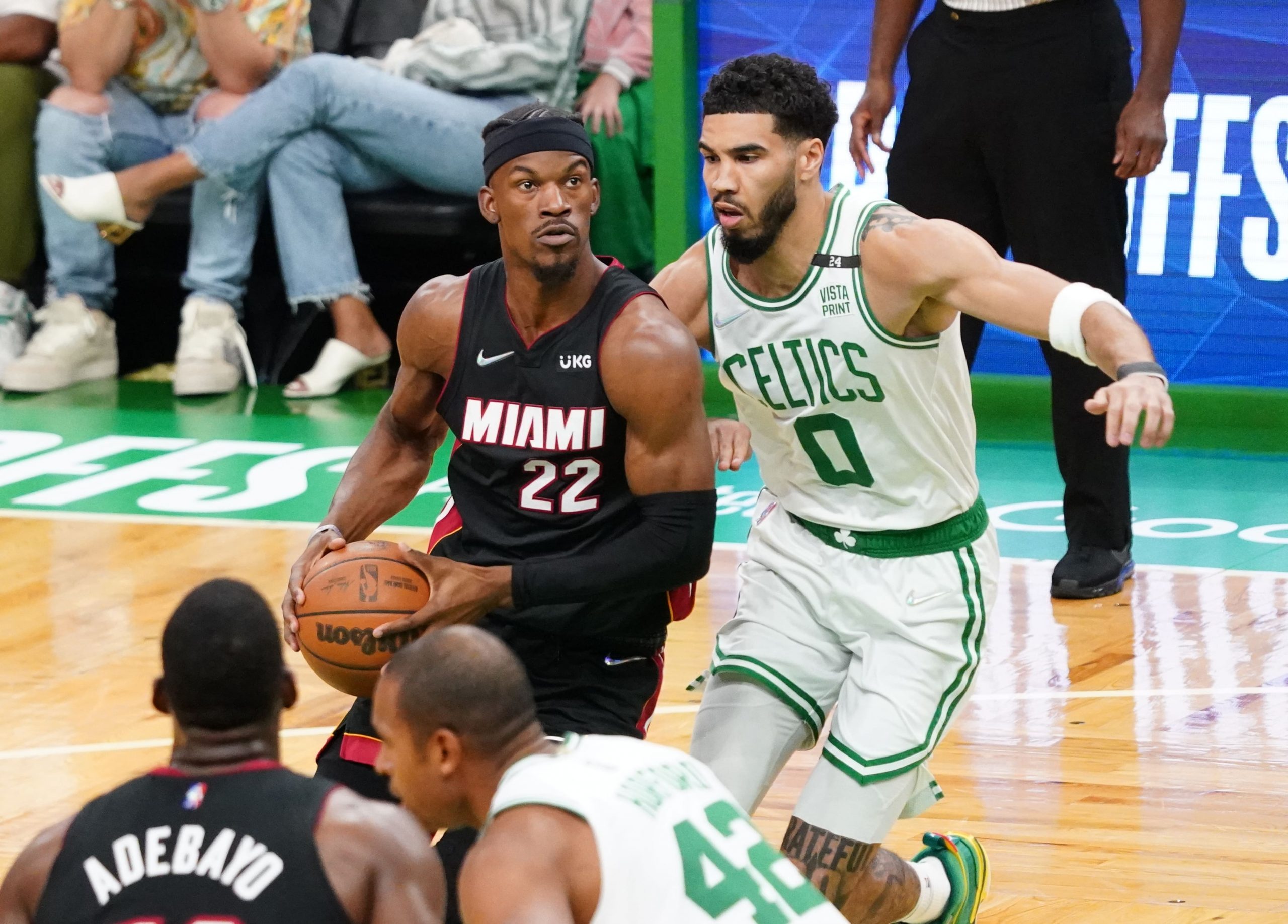 Game 5 of the Eastern Conference finals tips off today with both teams returning to Miami. The Heat are coming home after splitting the games in Boston which left the series tied at 2-2. It is now a simple best-of-3, with tonight’s hosts keen to make sure that they are not fighting for their survival once they have to go on the road in Game 6 of the series.

You can see all our NBA content for tonight here. But for now, check out my favorite player for tonight’s game below.

There is no doubt that Jimmy Butler struggled for the Heat in Boston. Through 2 games on the road, he was only able to score 14 combined points. As a result, his combined PRA did not surpass 15 in either outing. He is now heading back home and should be set for a bounce-back performance. In Game 3 and Game 4, he was dealing with a right knee issue that limited his playing time as he only managed 20 and 27 minutes, respectively. Butler is now off the injury report ahead of tonight’s game, which means he could see closer to 40 minutes here.

In Game 1 of the series in Miami, the forward was able to record a PRA total of 55. With the return of Marcus Smart in Game 2 of the series for the Celtics, Butler’s PRA fell to 38. However, it would still have been enough to hit this over. With the Celtics holding a size advantage over the Heat frontline, look for Butler to be actively helping on the rebounding front. In addition, on his homecourt, he has not recorded fewer than 3 assists this postseason. With his rebounding ability, he may just need to exceed 25 points tonight. That is something he has been able to achieve this series on his home floor.

While Robert Williams III is questionable to play for the Boston Celtics, his involvement could play a major role in deciding tonight’s outcome. An area in which he has the most influence on rebounding. He currently averages 7.3 rebounds per game in 3 games this series, despite managing just over 22 minutes of playing time. That has been due to a combination of injury management and games being blowouts. With the importance of this Game 5, I expect a much more tightly contested game. That could see his playing time pushed to beyond the 30-minute mark. This would put him in a great position to hit the over.

Matchup-wise, going up against Bam Adebayo works perfectly in the Celtics center’s favor. With the Heat center not being effective beyond the high post offensively, Williams III is able to stay in and around the paint. The line for tonight’s game total is also set at just 204 at the time of writing. With a defensive battle on the cards, there should be plenty of misses for the big man to chase down. He should be able to clear this total as a result.

Don’t miss our +857 same game parlay for Celtics vs Heat!