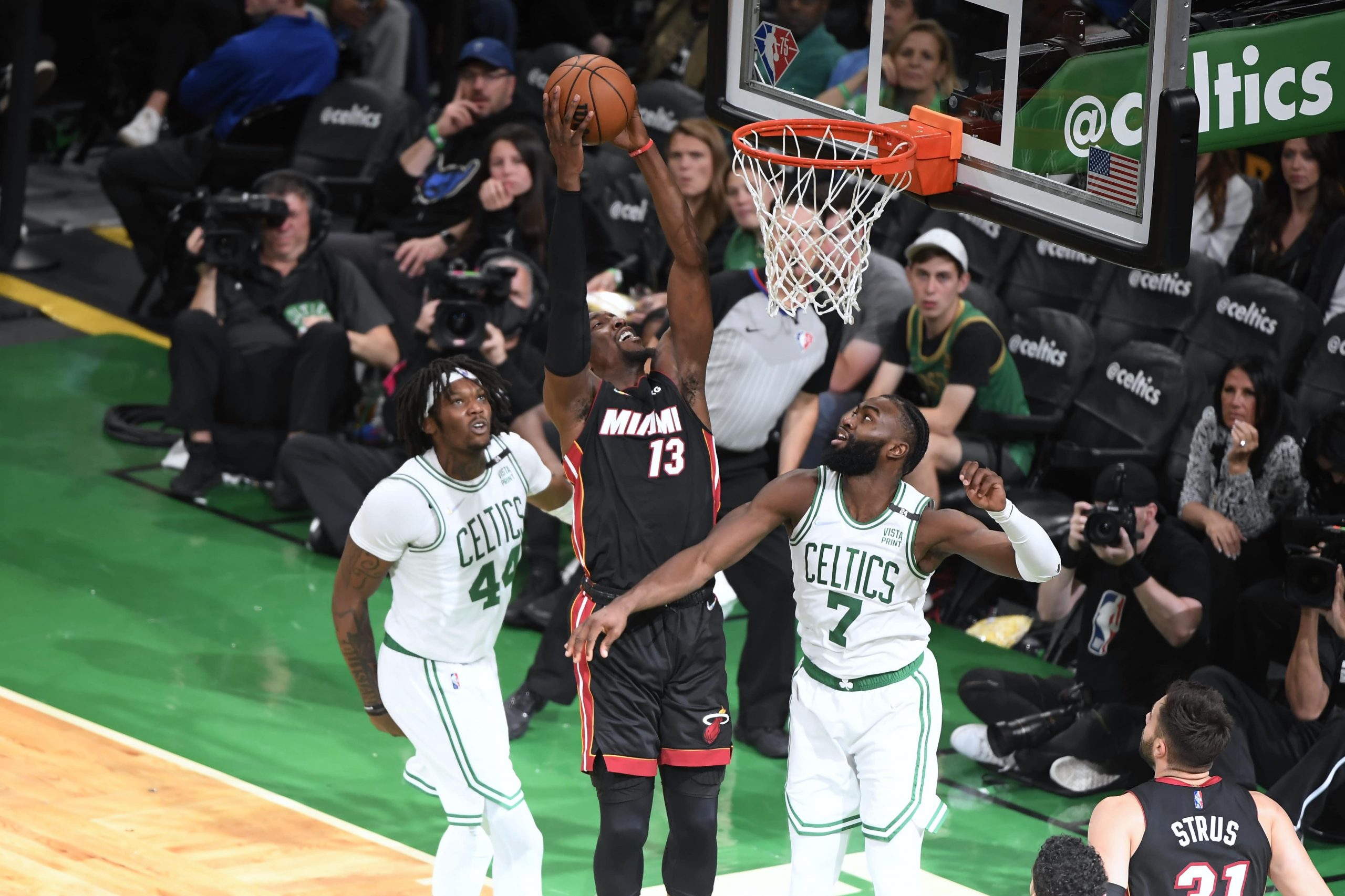 The Boston Celtics have been able to turn the tide in their series against the Miami Heat. Having picked up wins in the last 2 games. they now find themselves in a position to eliminate the Heat on their home floor in Boston. Failure to do so would leave them heading to a Game 7 where anything could happen.

You can see all our NBA content for tonight here. But for now, check out my favorite player for tonight’s game below.

Bam Adebayo of the Heat has played big minutes for his team this series. With the Heat facing elimination here, do not be surprised to see him play for over 40 minutes. That gives him plenty of time to hit double-digit rebounds. He has been able to do that in 2 of his last 3 games. In those efforts, he played for 38 and 42 minutes respectively. Going up against Robert Williams III for most of that time benefits him too. The Celtics center does not have the range to force Adebayo to step out to the perimeter. That leaves the Heat star in great position to collect defensive rebounds. With the last 2 games in the series combining for 184 and 173 points, there could be plenty of misses for him to battle for here.

Jaylen Brown has been a consistent rebounder for the Celtics throughout this current series. While he did disappoint in Game 5, where he only managed 4 rebounds, he has been great otherwise. In the first 4 games of the series, he did not manage fewer than 7 rebounds in any of the outings. His numbers have been helped by the struggles the Heat have had in shooting from beyond the arc. They are making 29.2% of their 3-point attempts in their last 5 games. These missed shots can lead to long rebounding opportunities, taking the centers out of the equation. That should lead to more opportunities for wings like Brown to get involved on the rebounding side of things. With the struggles the Heat have had making shots, Brown is unlikely to be pulled far away from the basket. Back the over on him tonight.

Don’t miss our +555 same game parlay for Heat vs Celtics!

The Celtics were boosted by the fact that Robert Williams III was available for them in Game 5 of the series. He has been struggling with a knee issue but was still able to play 27 minutes the last time out. That bodes well for him tonight as his condition seems to be improving. Considering that he has recorded 9 or more rebounds in 3 of the 4 games he has played this series, he should be able to maintain that in similar minutes tonight. With Adebayo not being an effective shooter beyond the high post, the Celtics man should be able to stay within the paint to collect rebounds and block shots. This series he has also been able to pull down close to 3 offensive rebounds per game, which should help him hit the over.

Take a look at our +550 prediction for tonight’s first basket!