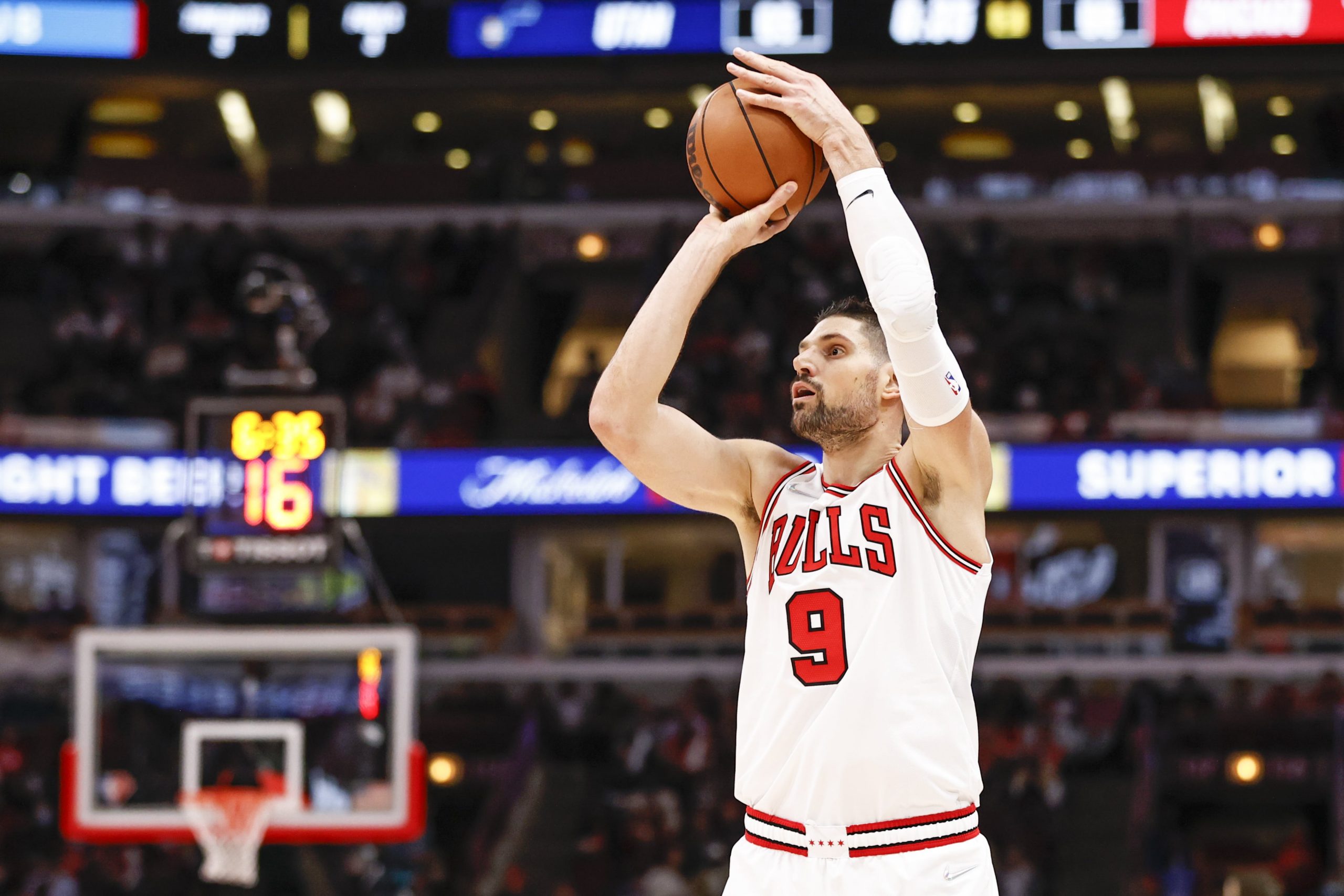 Six games on tonight’s NBA slate with several of the seasons fast starters squaring off. The 6-2 Miami Heat will be taking on the western conference leading Utah Jazz in a key cross conference battle. Meanwhile out east the 6-2 Chicago Bulls will be looking to avenge one of their losses against the 7-2 Philadelphia 76ers. You can find full game previews here, but for now, lets take a look at my favorite player prop selections.

Nikola Vucevic really struggled in his first meeting against Joel Embiid this season. He managed to score just 4 points in 36 minutes of action on just 7 field goal attempts. It marked the 6th time in 8 games that he has failed to score 17 or more points. The Chicago Bulls have put together a strong star-studded line-up which is limiting the number of shot attempts Vucevic is getting. With DeMar DeRozan and Zach LaVine both inside the NBA’s top 5 in points per game, the big man will be a third option at best in tonight’s game. His shot attempts have gone down from 18.8 per game last season to just 14.1 this year. As a result, his points per game have dropped to 13.8 per game.

As mentioned, Embiid done a fantastic job earlier in the season against Vucevic and represents a tough matchup for the Bulls big man. He has the size to prevent Vucevic from effectively backing him down in the post. And with the length that Embiid possesses he is superb at contesting shots from the mid-range and from deep. Whilst its hard to see Vucevic not improving on his 4-point performance, its unlikely that he will get enough looks tonight to surpass the 17-point mark for the third time this season.

Be sure to check out our full game preview for Philadelphia 76ers vs Chicago Bulls.

Mikal Bridges has been in great scoring form this season and it’s a surprise not to see this line moved up for him yet. He has hit at least 14 points in 6 of his 7 games and is now averaging 16.3 points per season. He has done this by being able to up his 3-point percentage for seemingly the 4th season in a row, now shooting 44.8 percent from there. His field goal attempts have also increased to close to 12 per game.

The Atlanta Hawks should also represent a good matchup up for him considering they have struggled to contain small forwards so far this season. In each of their last 7 games a forward has managed to score 18 points or more. And whilst that list includes names like Kevin Durant and Tobias Harris, they have also allowed the likes of Josh Jackson and Kyle Kuzma to go off. In his current form, look for Bridges to potentially join that list and comfortably clear this line.

Be sure to check out our full game preview for Atlanta Hawks vs Phoenix Suns.