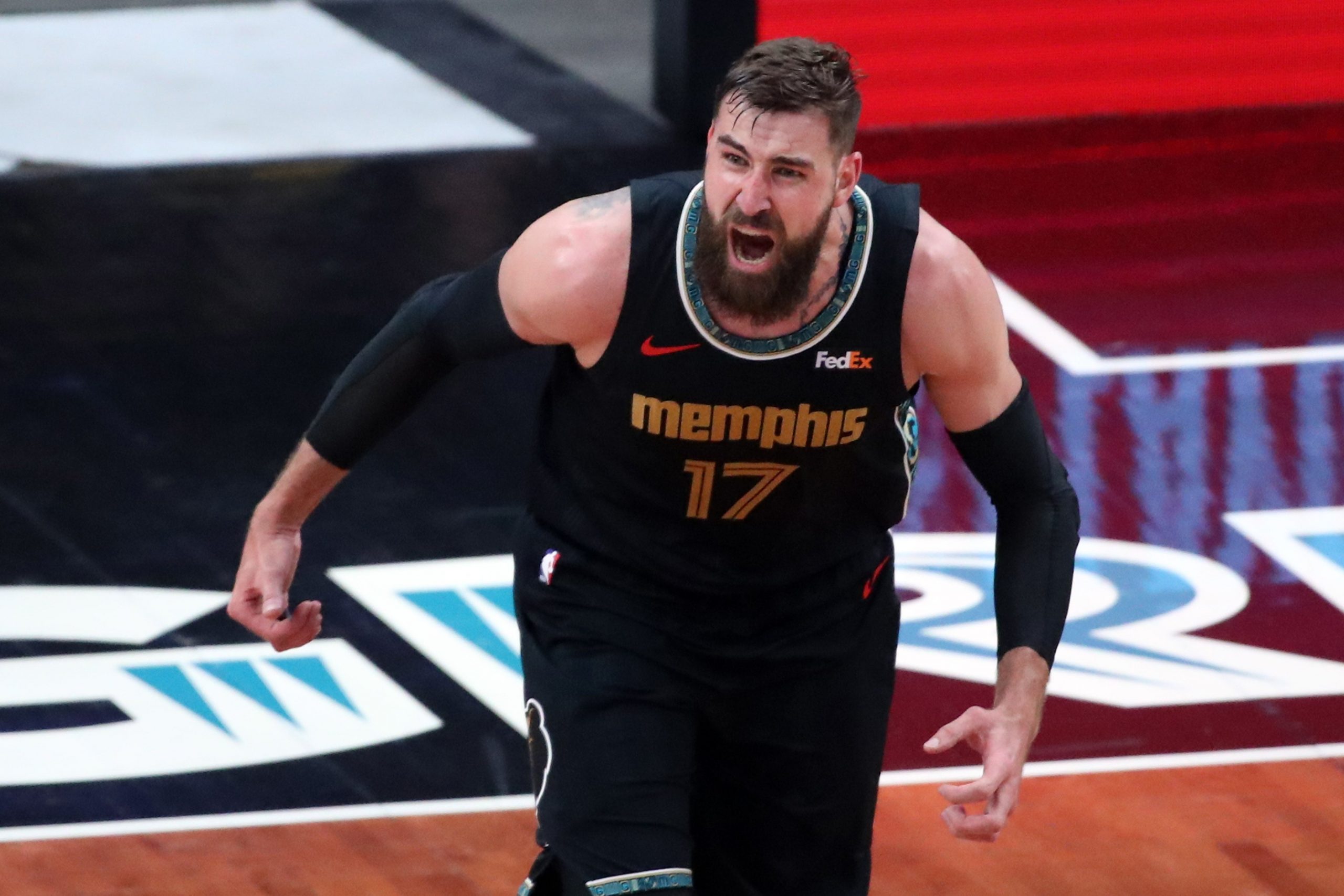 We have reached the end of the NBA Play-in Tournament and have a great game to wrap things up tonight. Stephen Curry and the Golden State Warriors will look to bounce back from their tough defeat to the Lakers as they take on a youthful Memphis Grizzlies side. The Grizzlies were eliminated at a similar stage last season and will be desperate to avoid the same fate tonight. The Warriors won two of the three regular-season games, but with everything on the line here, anything could happen.

Be sure to check out our full game preview for Memphis Grizzlies vs. Golden State Warriors, but for now, let’s dive into the two best player prop picks for tonight’s action.

Looking up and down the rosters, Jonas Valanciunas is still the one clear advantage that the Grizzlies have over the Warriors. He has been a thorn in their side during the three regular-season games, averaging just over 19 points and a touch under 16 rebounds per game, all in 29 minutes of action. If he can avoid foul trouble, he should see much bigger minutes tonight — something along the lines of the 37 minutes he played against the Spurs in the first play-in game. Considering he dropped 23 points and collected 23 rebounds in that matchup, it is not hard to imagine him doing something similar here against an undersized Warriors squad.

Kevon Looney is likely to see the most minutes against Valanciunas, but he has had trouble containing him this season and allowed him to score 29 points on 12-of-15 shooting on the final day of the season. There is a good chance the Warriors could turn to fouling to try and slow Valanciunas down, as this season they have committed the second-most fouls per game in the NBA. However, with Valanciunas shooting 77 percent from the line this season, that should not hinder his production tonight. The Lithuanian big is one of the veterans on this young Grizzlies team tonight and they will need him to be dominant in the paint against a favorable matchup. Look for him to step up to the occasion.

Stephen Curry is undoubtedly one of the best scorers in the league today and the new scoring champion in the NBA. However, this line is set too high for him tonight, with 39 points seeming like a very large total to reach, especially considering he averaged 32 points per game on the season. The number is likely inflated due to the importance of the game, the minutes he is likely to see, and the fact that he dropped 46 points on the Grizzlies on the last day of the season. However, in the last 10 games of the regular season, the Grizzlies played at a very similar pace to the Lakers, who were able to kill the tempo of their game against the Warriors with the teams combining for only 203 points. If that happens again tonight, it could mean fewer scoring opportunities for Curry.

The Grizzlies also possess a terrific perimeter defender in Dillion Brooks, who has had success playing against Curry in the past. He is a very active defender and does well to get over screens and could allow Memphis to run some box and one type of defensive sets. The Raptors had a lot of success slowing down Curry this way in the finals a few years back and it could be effective here. I would like to believe the Grizzlies knew there was a good chance these teams would meet in the play in, so they did not use all of their defensive sets in that regular-season finale. The Grizzlies finished seventh in the league in defensive rating this season, and with so much on the line tonight, I think they will focus on getting Curry out of his groove.