HomeAnalysisNBA AnalysisBest NBA player props for Monday's slate: Antetokounmpo to run it back

Best NBA player props for Monday's slate: Antetokounmpo to run it back 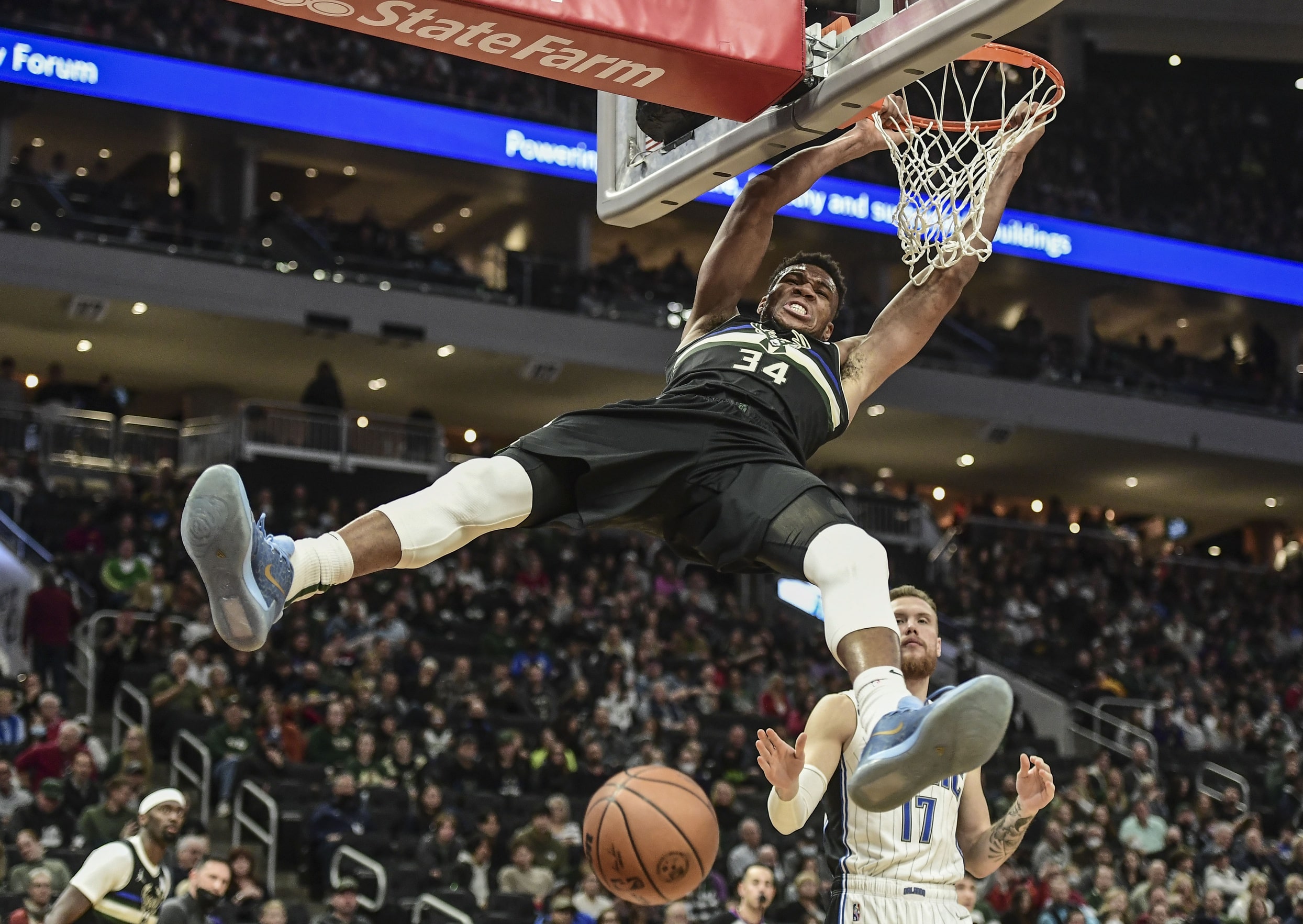 A great 10-game slate on the NBA tonight will see plenty of interesting matchups. The Brooklyn Nets will be taking on a slumping Cleveland Cavaliers team who have lost 3 straight games. Elsewhere the Milwaukee Bucks will be looking to continue their climb towards the top of the Eastern Conference as they take on the Orlando Magic for the second straight game. You can see our full game previews here, but now let’s take a look at my selections.

Over the last 2 games, Giannis Antetokounmpo has been phenomenal on the glass, pulling down a combined 39 rebounds. The 20 rebounds he recorded against the Magic in his last game was a season high for the former MVP and there is nothing to suggest he could not replicate that performance tonight.

Matchup-wise, Antetokounmpo has a clear length advantage over Wendell Carter Jr. and is much stronger physically than Mo Bamba. The Magic have struggled to keep teams off the glass this season as they rank 22nd in opponent offensive rebounds per game. They are also a team that lacks efficiency seeing as they are 28th in the league in true shooting percentage. Cole Anthony is also out for the Magic. Orlando ranks 26th in points per game, and with his absence there could be some very ugly offensive possessions from them. Look for Antetokounmpo to be the one cleaning them up tonight.

This month Clint Capela has been incredibly consistent rebounding the ball, managing fewer than 12 rebounds on just 2 occasions from 11 games. That run includes 14 or more rebounds in 2 of his last 3 games. Tonight’s matchup against the Oklahoma City Thunder should be very favorable for the Swiss center. In the last 3 games the Thunder have played, Al Horford, Bobby Portis, Giannis Antetokounmpo and Christian Wood have all exceeded their season-average rebounds against them. Capela is averaging close to 12 a night, but with this matchup he should be pushing for around 15.

The Thunder have Derrick Favors in the center slot, but he offers very little in terms of floor spacing, allowing Capela to remain in the paint. Jeremiah Robinson-Earl will also likely see time against him off the bench which could really cause trouble for the Thunder. While he can step out to the 3-point line, he gives up a lot of size to Capela. With the Hawks’ big man being one of the most tenacious offensive rebounders in the league, he could get great numbers tonight. He is 3rd in offensive boards this season and should be able to pull down around 5 tonight. Back the over on this one.