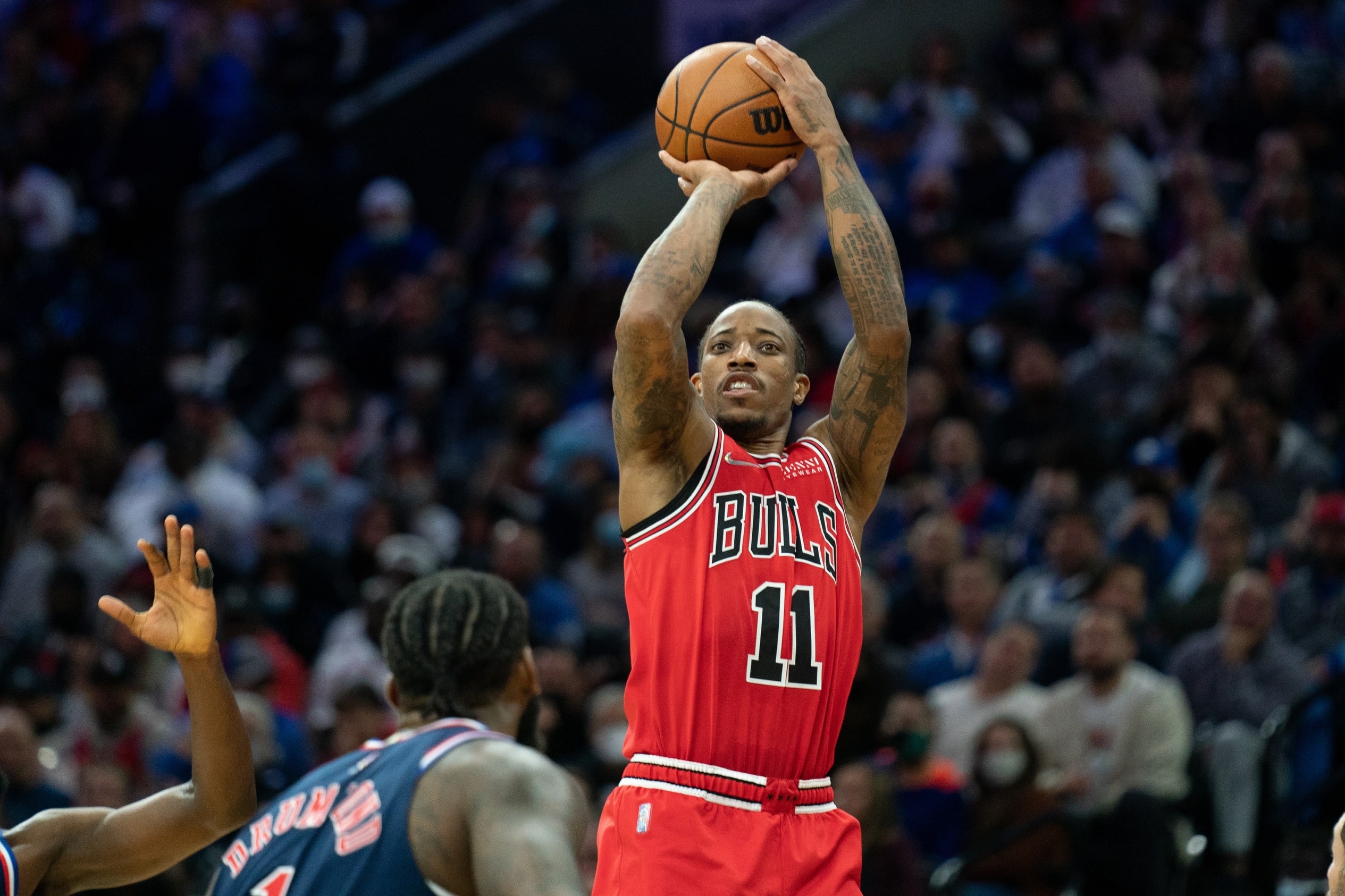 There are 8 NBA games on tonight that with several exciting contests in store. We will get to see if the Chicago Bulls can live up to their early-season hype as they take on the Brooklyn Nets, while out west, the Los Angeles Lakers will look to continue to stay afloat without LeBron James as they take on the Charlotte Hornets. As always you can find the full game previews here, but now lets take a look at my favorite prop plays tonight.

This season DeMar DeRozan has been one of the hottest players in the NBA. Currently ranking 4th in the league in points per game, the Bulls forward is managing to score 26.8 per night. That level of scoring has meant that he has been able to reach or surpass the 24 points per game mark in 5 of his last 6 games. DeRozan is really benefiting from having scorers such as Zach LaVine on the team, along with a big in Nikola Vucevic who can space the floor. It has allowed him to focus on his mid-range game: 88% of his shots are coming inside the arc, of which he is knocking down just over 51%.

What should allow him to succeed tonight is the fact that he is able to knock down 54% of his 2-point field goals with a defender within 2-4 feet of him. More than 53% of his shots are contested, and with the Nets ranking 2nd in percentage of field goals contested, DeRozan should see his usual level of shots. The Nets are 6th in defensive rating, and I expect them to make the other Bulls work hard for their points, but DeRozan should be less fazed by this. Back him to hit his season average.

Be sure to check out our full game preview for Brooklyn Nets vs Chicago Bulls.

This will be the second meeting between the Philadelphia 76ers and New York Knicks, and Julius Randle will be hoping to build on his strong showing on the glass. The Knicks forward collected 11 boards in the first contest. Overall, he has reached double-digit rebounds in 6 of the 10 games he has played. On the season, his average is 10.9 per game.

The 76ers are a good matchup for him as Mitchell Robinson will be tasked with handling Andre Drummond on the interior, now that Joel Embiid has been ruled out. With the two 7-footers keeping each other occupied, it leaves Randle up against Tobias Harris, a player Randle has a physical advantage over. That should encourage him not only to help out on the defensive glass, but chip in with some offensive boards too. He was able to grab 4 offensive rebounds in the first meeting, and a similar effort tonight should ensure that he secures his double-double.

Be sure to check out our full game preview for New York Knicks vs Philadelphia 76ers.