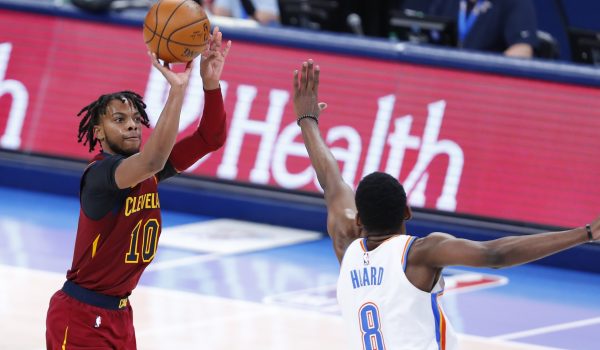 We’re back with another Saturday night flush with NBA action.  Seven games on the schedule tonight, five of which with double-digit point spreads (as of writing).  Player props notwithstanding, there are a lot of variables NBA bettors need to be mindful of tonight.  Before you get those sides or totals wagers down, it’s probably best you check out all of our NBA coverage.

With player props, I won’t lie, but this slate was tough.  However, there is one player who the books are undervaluing on a few fronts.  It’s a rare occurence for me to go with multiple bets on the same player – but I’m not one to ignore value.

Yes, I’m doubling down on the Cavs point guard tonight.  After an injury riddled rookie season, the sophomore stud is averaging  25 combined points, rebounds and assists (PRA) this season.  However, as the Cavs have battled injuries and roster turnover, Garland has ramped up his production recently. Over the last twelve games, the guard is averaging 28.4 PRA, including 5.9 assists.

Garland’s matchup tonight, the Raptors, are a mess (to put it kindly).  As of writing, Toronto is slated to be without Pascal Siakam (rest) and Fred VanVleet (hip) tonight, with Kyle Lowry (foot) doubtful to play.  Without the latter two for the majority of the last two weeks, the Raptors have struggled mightily versus point guards.  In their last ten games, the Raptors have allowed the opposing point guard to perform at or above his PRA average seven times.

And tonight, I’m specifically intrigued by Garland’s assists.  Over the course of the season, the Raptors are allowing the third most assists per game to their opponents (26.4).  Digging into it, their defense has been predicated at defending the paint, allowing the second least points per game.  Conversely, they are the second worst team in the NBA at defending the spot up shot.  The drive and kick should be there for Garland, who will be surrounded by plus shooters (Kevin Love, Dean Wade, Taurean Prince) looking to stretch the floor.

In a game that currently sits with a one-point spread, the Cavs should be in position to keep their playmaker on the floor as much as possible.  In games that Garland has played at least 28 minutes, he averages 26.6 PRA and 6.1 assists.  With Garland playing at least 28 minutes in his last 14 games, he should be in line for plenty of opportunity tonight.  I have the Cavs guard projected at 28 PRA, including close to seven assists tonight.