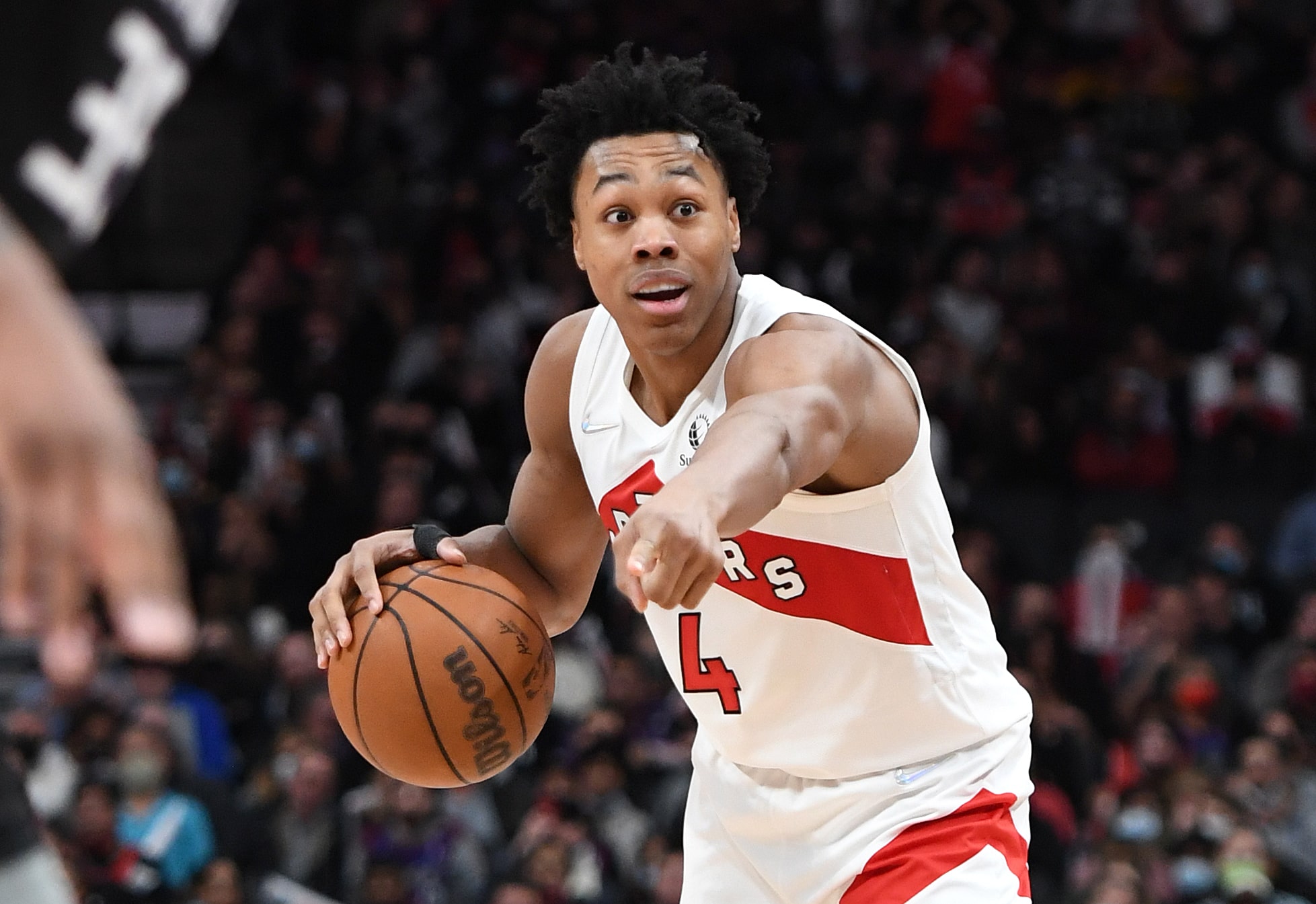 Despite COVID starting to really impact the league, we will still be getting a full 7-game NBA slate tonight. There will be an interesting battle in the Eastern Conference as the New York Knicks take on the Boston Celtics. Both teams are below where they expected to be at the start of the season, and another win would propel them in the right direction.

You can find out full game previews here as always. But first, check out my pick of today’s NBA player props below.

The Golden State Warriors will be resting a number of key players tonight, which could allow rookie Scottie Barnes to have a big night. The Toronto Raptors forward is a physical presence on the court and is active when it comes to attacking the rim and crashing the offensive glass. He leads the Raptors in second-chance points per game and could have an easy matchup. Draymond Green, Andre Iguodala and Otto Porter Jr. would have all been candidates to mark him but they are all unavailable. As a result, he is likely to have a size advantage throughout the game, which should lead to a higher scoring night.

The Warriors have the best defensive rating in the league, but with Green out, that will be hard for them to maintain. As a result, Barnes could look to continue his good scoring form. He has been able to record 15 or more points in 7 of his last 10 games. The Raptors look to give Barnes minutes with the bench unit, where he automatically becomes the first option, so he should be able to get enough shots. Back the over.

Darius Garland has been up and down so far in December with his assist numbers. On Sunday he was able to record a season-high 13 assists, but he followed that with 5 and 3 assists in his latest games. However, the 3-assist performance was in a blowout win against the Rockets in which he played limited minutes. Tonight, against the Bucks, the Cavaliers are unlikely to be as dominant, meaning he should get his regular playing time.

The Bucks are shorthanded tonight, especially on the interior, with Giannis Antetokounmpo, Brook Lopez and Bobby Portis unavailable. It could leave DeMarcus Cousins to handle the Cavaliers’ massive frontline on his own. With the injuries that he has suffered through the years, he is not as fast as he once was and could be exploited in the pick and roll and in transition. I expect Garland to be the facilitator in both of those scenarios, which should help him rack up assists. He had 9 assists when these teams met earlier this month and could be on course for a similar result.