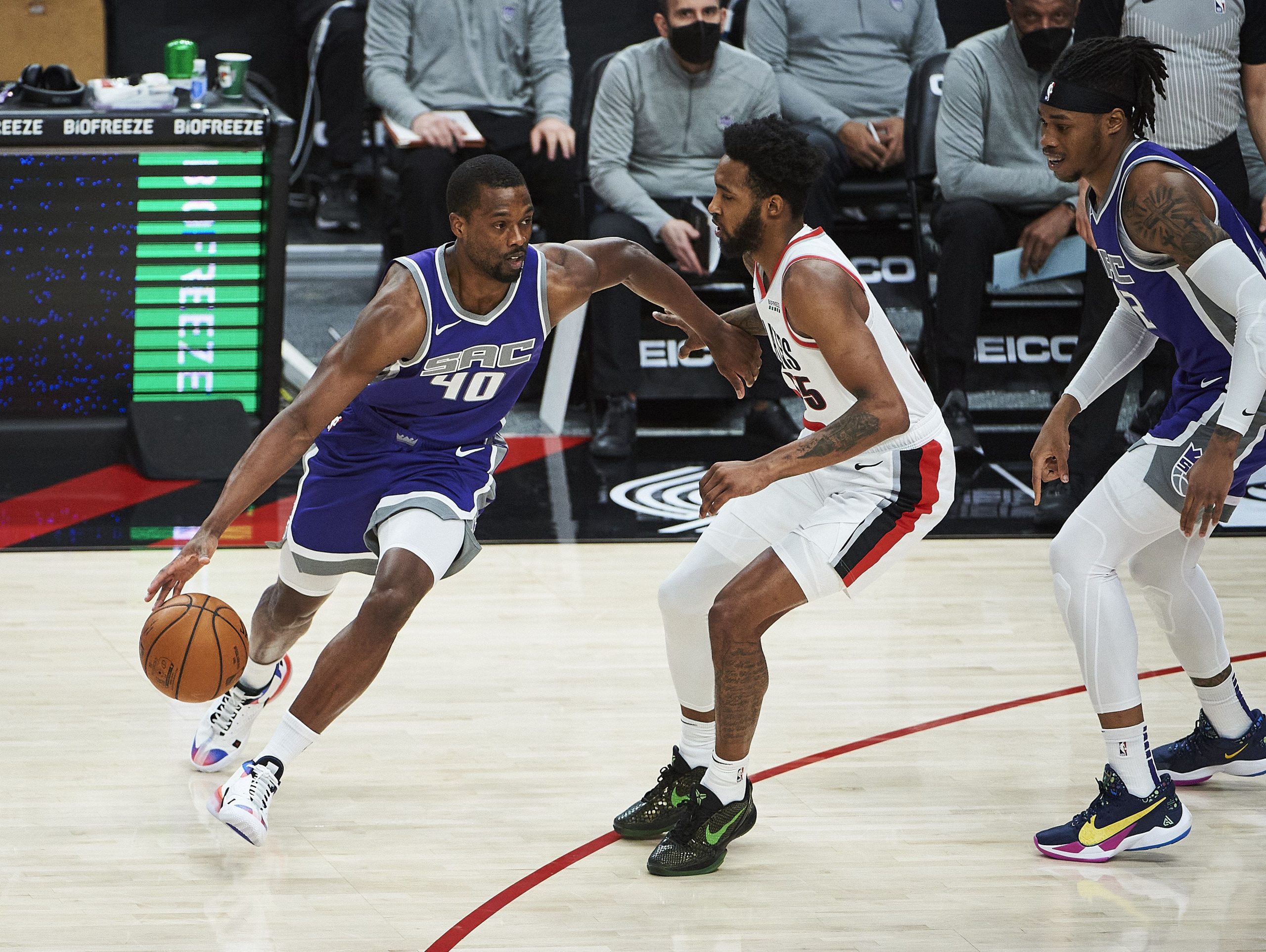 Our first Saturday after the All Star break features a tasty eight game slate of NBA action.  All sixteen teams squaring off tonight will look to find their footing after the lay-off.  Before you bet any sides or totals, check out our experts’ analysis for all of the games on the docket tonight.

Tonight, I’m focusing my favorite player prop bets two guys with very plus matchups.  With my expectations are that both will do what they do best, let’s dig in.

Line available at publishing. Play at over 18.5 points for 0.75 units.

In his third season with in Sacramento, Barnes is playing some of his best basketball for the Kings. Averaging 16.8 points per game, he’s also shooting a career best 49.4% from the field. Since his return from a February foot injury, Barnes is averaging 20.9 points, eclipsing 17.5 points in six of seven games. And for what it’s worth, Barnes has produced well away from home, going over this total in 10 of 14 games.

Throughout his career, Barnes has been known for his inconsistent production–sometimes he’ll disappear on the offensive end of the floor. In digging into his stats, it’s apparent that Barnes is at his best when he attacks the basket. Of his total made shots, 68 percent are within 10 feet of the rim. Versus the 15 teams in the league who allow the most shots made per game within 10 feet of the rim, Barnes is averaging 20.4 points. The only time he failed to go over 17.5 was a game he left early to injury.

The Hawks fit the bill as a plus matchup for the Kings forward. Atlanta allows the sixth most made shots within 10 feet of the rim.  Without injured forward Deandre Hunter, Atlanta lacks a plus defender to keep Barnes at bay.

With a sky high game total of 237.5, and the Kings desperate to gain some traction in the standings, I expect Barnes to have plenty of opportunity tonight. I have the nine-year veteran projected at 20 points in what should be a track meet.

The Suns point guard, and now 11-time all-star, is averaging 8.8 assists per game in his first year in Phoenix.  He’s dished out at least nine dimes in 10 of his last 17 games. And versus the ten teams who allow the most assists per game, Paul is averaging 10.3 per contest.

Indiana is in that range, allowing the seventh most.  Not only that, but the Pacers allow the fifth most points off the spot up shot, and the eight most to the roll man in the pick and roll, both are the lynchpins of Paul’s facilitating.

Sometimes you just have to rely on the best players to do what they are great at. I have Paul pegged at double-digit dimes in this one.