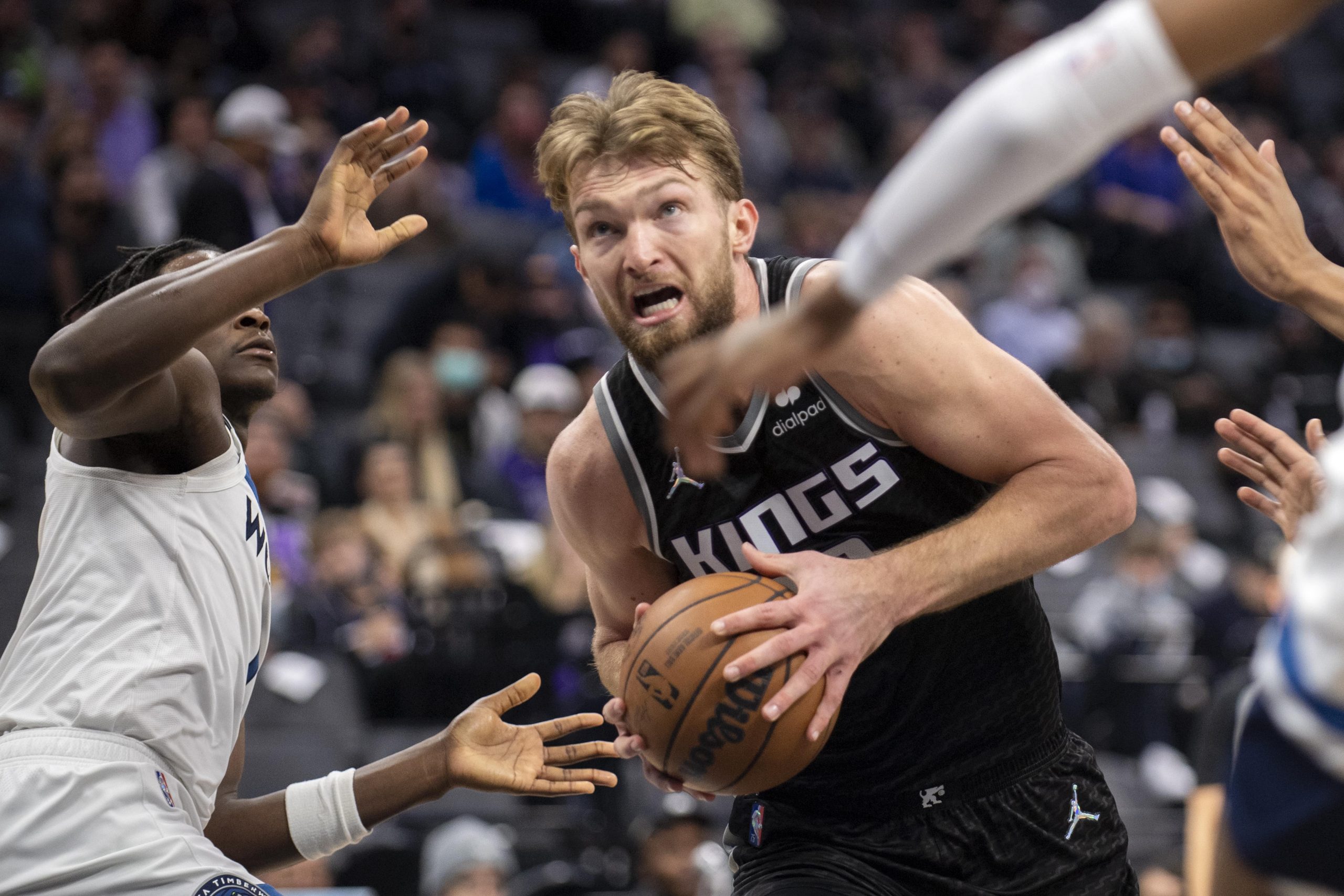 A huge NBA slate tonight just before the NFL takes center stage tomorrow. Plenty of value across the games but I have managed to pick out my 4 favorite player props. As always you will be able to find our full game previews here. But for now, let’s not dwell any more and dive straight into the prop picks.

If his debut for the Sacramento Kings is anything to go by, the team seems set to run their offense through Domantas Sabonis tonight. He is more than capable of assuming the responsibility, with 6 or more assists in 7 of his last 9 games. The Washington Wizards have struggled to contain Sabonis this season, allowing him to score 29 points per game in 2 contests against him. That will likely lead to double-teams being sent his way, which should encourage him to dish the ball. Against the Timberwolves he showed good early signs of a connection with Chimezie Metu. With the Wizards 21st in the league in opponent points in the paint, that connection could bring dividends for the Kings again, and assists for Sabonis.

Be sure to check out our full game preview for Sacramento Kings vs Washington Wizards.

Jakob Poeltl managed his second highest scoring game of the season so far against the New Orleans Pelicans and Jonas Valanciunas earlier this season. He scored 24 points in their first meeting, making 10 of his 12 shots on the night. He will get the chance to keep that going here tonight and continue with his recent good form. Poeltl has scored 13 or more points in 8 of his last 11 games and is shooting at just above 61% from the field this season. The Austrian is more athletic than his Lithuanian opponent tonight and should have success beating him up the floor in transition. Valanciunas can be vulnerable in pick and roll situations too with Poeltl likely to benefit from several dimes from Dejounte Murray here.

Be sure to check out our full game preview for San Antonio Spurs vs New Orleans Pelicans.

So far in the month of February, Darius Bazley has assumed a bigger role for the Thunder. He is averaging 34 minutes per game having not averaged more than 30 minutes in any other month this season. He has been delivering results too, averaging 13.7 points per game along with 9.5 rebounds. As a result, he has combined for 21 or more points and rebounds in 4 of the 6 games this month. The Chicago Bulls will have an advantage on the inside with Nikola Vucevic, which will require the other Thunder players to help out with rebounding. Bazley managed 8 boards in just 20 minutes the last time the sides met and could smash pass that if he continues to see increased playing time. With double digit points in 5 of his last 6 games, his scoring should be able to do the rest to bring home the over.

Be sure to check out our full game preview for Oklahoma City Thunder vs Chicago Bulls.

Luka Doncic absolutely erupted against the Los Angeles Clippers on Thursday, dropping 51 points. That includes 28 points in the first quarter alone. With Spencer Dinwiddie only arriving in Dallas today, his involvement should be limited which should mean Doncic sees continued increased usage. Considering the success he had in their last game, that will not bother the Mavericks. The Slovenian superstar has now scored 31 or more points in 5 of his last 6 games. In the one game in which he failed to do so, he was plagued by foul trouble. Over the last 10 games the Clippers are allowing the 22nd most points per game and do not seem to be capable of suddenly turning on a switch and slowing down Doncic. Back him to surpass 30 points as a result once more.

Be sure to check out our full game preview for Los Angeles Clippers vs Dallas Mavericks.