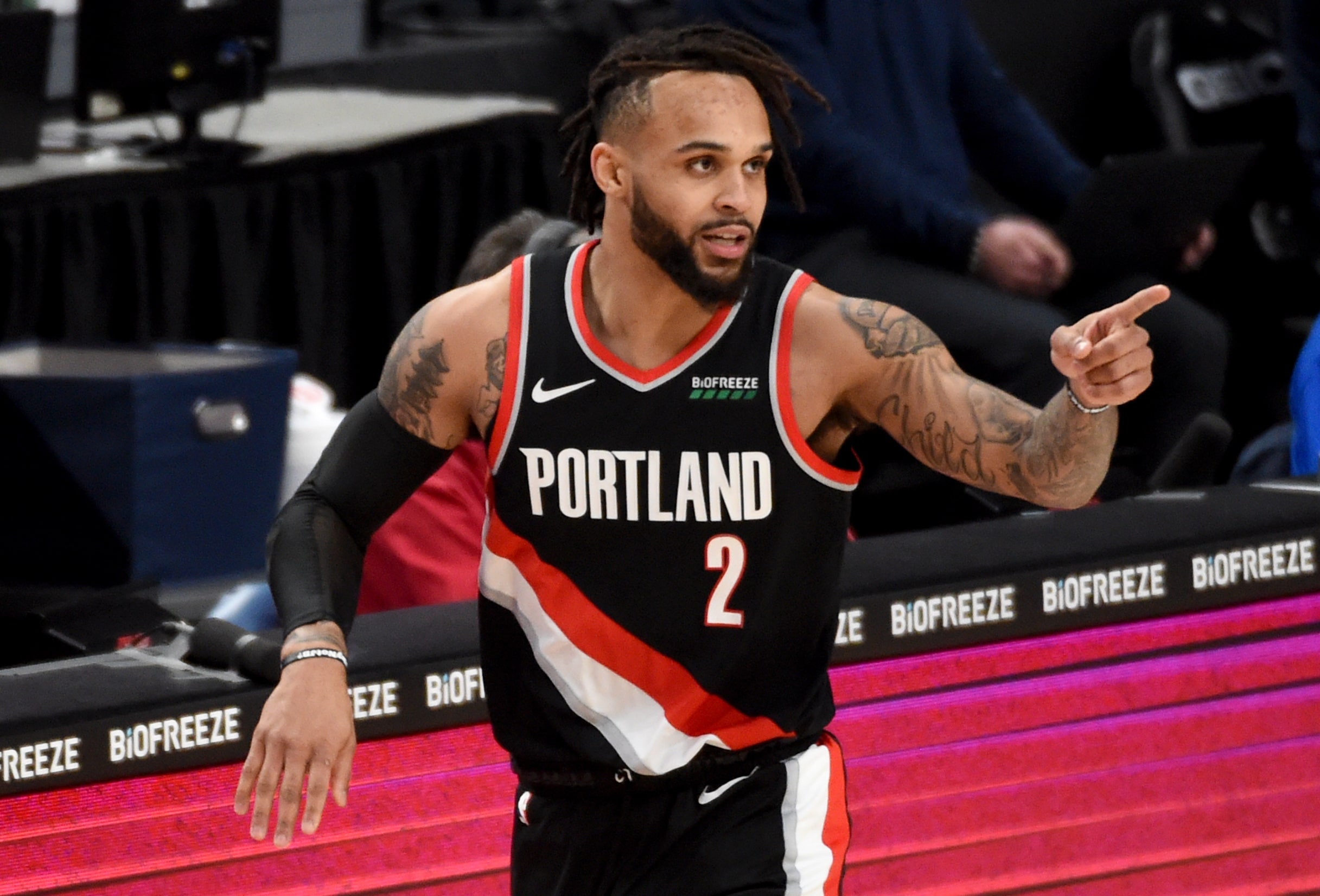 Tonight, we’re treated to a smaller, but still satisfying slate of NBA basketball.  With five games on the docket, all with spreads less than five points, we could be in for some Saturday night drama on the hardwood.  It’s another great night to be an NBA bettor, and before you place those wagers, check out our full game previews with picks and analysis.

Good team matchups always bring some juicy spots for player props.  After hitting all four of my bets last night, I’m looking to keep the momentum going.  And with my two favorite props identified, I’m feeling great about doing just that.

Line available at publishing.  Playable to over 19.5 points.

CJ McCollum was in the midst of a career-best season when he suffered a foot injury in mid-January. Since he went down, the Blazers have won ten of fifteen games. Why? Well, they still have MVP candidate Damian Lillard. But Gary Trent’s ascension to his temporary number two has also played a massive part.

In 13 games as a starter, Trent is averaging 19.9 points per game. He’s gone over this total in nine of those games, including dropping 26 versus Washington earlier this month. The Duke alum is shooting the lights out from deep, hitting 44.7 percent of his three-pointers, which is good for 14th-best in the league.

Washington poses a great matchup for Trent to continue his recent run.  The Wizards rank 26th in defensive efficiency and first in team pace — meaning they play a fast game, but poor defense. While also allowing the sixth-highest three-point percentage to their opponents, this bodes well for Trent, who is scoring 63 percent of his points from behind the arc.

During Trent’s impressive run, he’s eclipsed this total in five of seven games versus the top ten teams in pace. I like him to continue on that tonight versus the soft defense of the Wizards.

Line available at publishing.  If you do not have the combination available, the preferred pivot would be to under 18.5 points.

While he’s contributed to the Warriors’ success on the defensive end, Wiggins’ offensive production has waned in February. After averaging 25 of this combined line (PRA) through the end of January, Wiggins is down to 23.7 in February. Digging deeper, the seventh-year pro’s statistics have taken a dip in all three categories. His effective field goal percentage has dropped from 54.3 percent to 51.4 percent, his rebounding rate from 7.2 percent to 6.1 percent, and his assist rate from 11.1 percent to 8.6 percent. All of this has translated to him staying under this total in seven of ten games this month.

The Hornets represent an average matchup for Wiggins across the board. What can’t be overlooked, however, is that this is the second leg of a back-to-back for the Warriors, as they lost a tough game in Orlando last night. Beyond that, this is the eighth game for the Warriors in thirteen days, concluding a very condensed part of their schedule. Tired legs could prevail, which would bode well for our bet, given Wiggins’ proclivity for the jump shot.