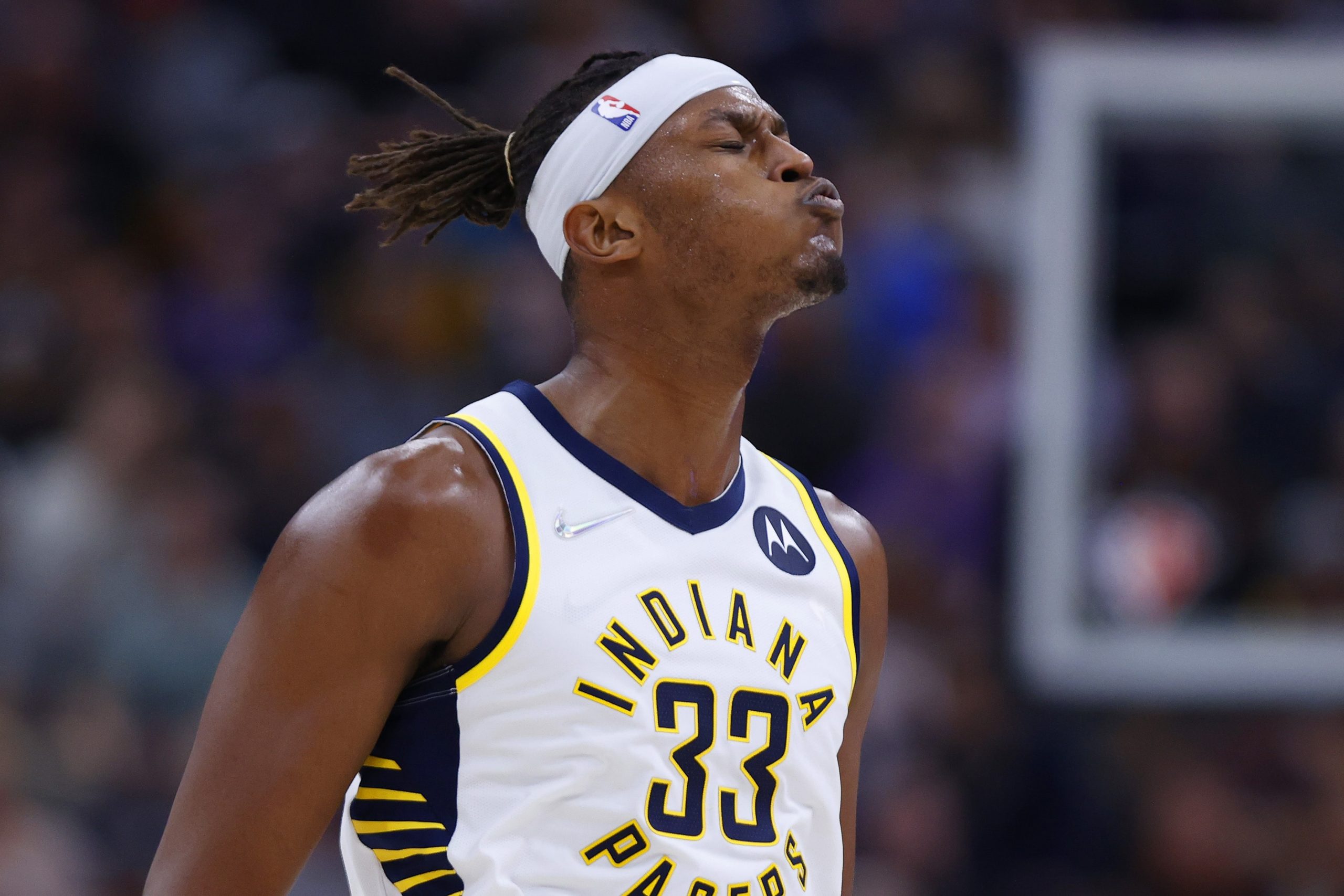 There are 7 games on the NBA slate tonight including a matchup between two powerhouse teams in the Miami Heat and the Utah Jazz. We will also see the Indiana Pacers trying to get their season back on track against a Philadelphia 76ers team looking to stay afloat without Joel Embiid and Ben Simmons in their squad. As always, you will find our full game previews here. In the meantime, take a look at my two favorite player prop selections.

Myles Turner has recently been able to find some consistency in his scoring, having reached double-digit points in each of his last seven contests. Considering his rebounding numbers have remained strong too, it has meant that he has surpassed a combined 20 points and rebounds in each of those games. His points prop line currently sits at 12.5, a number he has failed to surpass twice over that stretch, so the rebounds should act as a good insurance here.

The 76ers should prove to be a good matchup for him too. With Tobias Harris playing the four spot, on the defensive end it is much more likely that Domantas Sabonis will be tasked with picking him up. That will leave Turner up against Drummond, who is hardly effective outside of the paint. Considering the amount of time Turner is bound to spend here near the rim, boards should not be a problem tonight. On the other side of the court, the Pacers should look to utilize his 3-point shooting to drag Drummond out and open up the paint. Turner is shooting a staggering 44.4% from range so far this year. If he can get 5 attempts off tonight, which he has done in 3 of his last 5 games, it should go a long way to helping reach this total.

Be sure to check out our full game preview for Philadelphia 76ers vs Indiana Pacers.

Despite the overall struggles of the Orlando Magic, their starting five has been very competitive and Wendell Carter Jr. has been a big part of that. He has been able to hit at least 13 points in 6 of his last 8 outings, including a 22-point effort against Rudy Gobert and the Utah Jazz. He managed 9-points in just 18 minutes of action in his last game against the Nets but was forced to leave the game due to an eye poke. Had he stayed on the floor for his season average minutes, he would have been odds on to hit this prop in that game too. The eye injury does not seem to be a factor tonight.

The Wizards will likely deploy Daniel Gafford against him from the start whilst he will also likely see time against Montrezl Harrell. Both would be favorable matchups for Carter Jr. Gafford is a very eager defender and shot blocker. With players on the Magic like Cole Anthony and Jalen Suggs who are capable of getting into the paint, Carter Jr. should benefit from dump off opportunities as Gafford attempts to go for blocks. Harrell on the other hand is a very active player on the floor, but he is not defensively sound. He does not have the greatest length for a big man, which should give the Magic center good scoring looks in the post. Back the over on him tonight.

Be sure to check out our full game preview for Washington Wizards vs Orlando Magic.