Best NBA Player Props for the Thursday Slate (5/13): Giannis to clean the glass 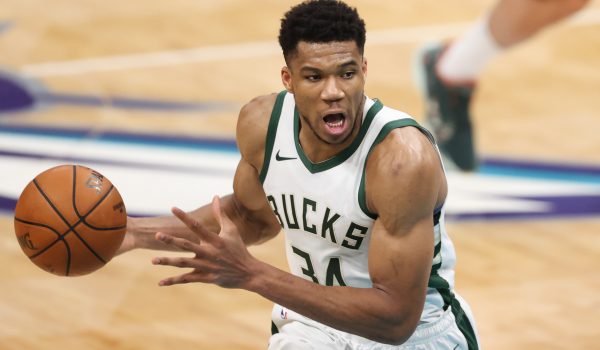 The NBA has a solid nine-game slate for us tonight, and with just a few days left of the season, we need to make them count. The San Antonio Spurs look to secure their place in the play-in tournament against the New York Knicks, while the Milwaukee Bucks are eager to get the best seeding possible and will hope to get the W against the Indiana Pacers.

You can check out our picks on the side and total for each of tonight’s matchups, but for now, let’s dive into my top four player prop picks for this evening.

Terry Rozier can be an explosive offensive player, and he will need a big night to help the Hornets stay competitive tonight. In his last three games, he has been able to record totals of 28, 43, and 21 playing around 40 minutes in each contest.

The Clippers have a good defender in the backcourt in Patrick Beverly, but he may be matched up against LaMelo Ball here. That could leave Rozier against a taller opponent like Paul George or Marcus Morris Sr., someone he would be able to use his speed advantage against. With Zubac offering little rim protection, Rozier should be able to get his points here.

Be sure to check out our full game preview for Los Angeles Clippers vs. Charlotte Hornets.

The San Antonio Spurs are currently leaking rebounds to teams. Over the last 10 games, they are tied in 28th in opponent rebounds per game with the Indiana Pacers. That should allow Julius Randle to hit his season average for boards this season. He has been recording 10.1 per game on the year and managed to nab 11 in his one previous appearance against the Spurs this season.

Randle is playing next to Nerlens Noel, who is far from dominant on the glass. That should allow Randle to pull down a lot of defensive rebounds here. On the other end, he is likely to match up against Keldon Johnson. The Spurs forward relies heavily on his physicality, but that the type of game Randle thrives in. Without outstanding length, Johnson could struggle to keep Randle from grabbing offensive rebounds.

Be sure to check out our full game preview for San Antonio Spurs vs. New York Knicks.

Whilst Aaron Gordon has also had a tough time lately, things could be looking up for him here. He has played around 30 minutes in two straight games and was able to drop 17 points in his latest outing against Charlotte. The 14 field goals he attempted were the first time he attempted double-digit shots from the field in seven games. With the playoffs around the corner, I expect this to continue as the Nuggets try to incorporate him into their lineup.

The Minnesota Timberwolves should be a good opponent for him to keep going against. Over the last 10 games, they have played at the seventh-fastest pace in the league, which could lead to scoring opportunities in transition for him. With Jokic facing a tough matchup against Karl-Anthony Towns, and Michael Porter Jr. being red hot and drawing major defensive attention, Gordon could sneak through with another solid offensive night here.

Be sure to check out our full game preview for Denver Nuggets vs. Minnesota Timberwolves.

Giannis Antetokounmpo has not been rebounding particularly well of late, managing to grab 12 or more rebounds just twice in the last five games. However, he was only one shy in one of those games and will be facing a perfect opponent for him to rebound against tonight in the Indiana Pacers. The Pacers have played at the second-fastest tempo in the league over the last 10 games which has resulted in them giving up the second-most rebounds in the league.

With Myles Turner out, the Pacers have been using a rotation of bigs that includes Domantas Sabonis, Oshea Brissett, and Goga Bitadze. Antetokounmpo has a clear length advantage over two of those players and is a lot more athletic than Bitadze, so he should not get much resistance at the rim. With the ability of Brook Lopez to do damage inside and out, do not be surprised to see Sabonis being asked to guard him, which would leave the ‘Greek Freak’ to terrorize the offensive glass.

Be sure to check out our full game preview for Milwaukee Bucks vs. Indiana Pacers.