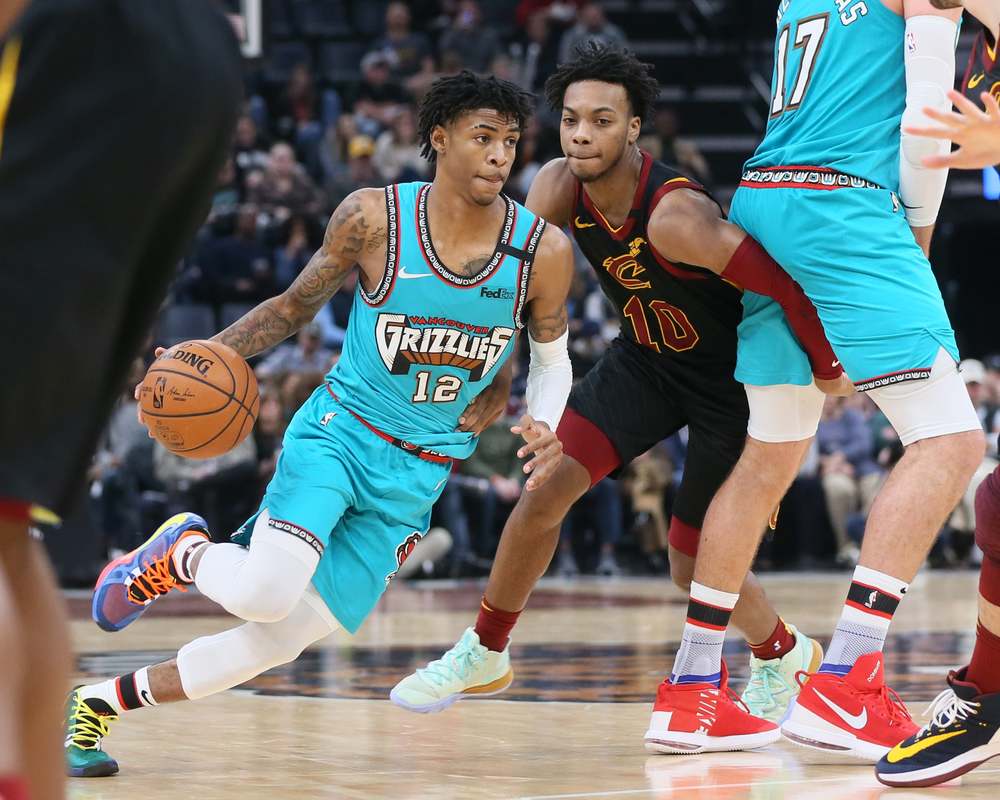 After the Eastern Conference had their turn last night, the seven through ten seeds in the NBA’s Western Conference square off tonight. There’s plenty of star power to go around, and both matchups provide plenty of intrigue. Before we dive into player props, make sure you check out all of our analysts’ picks and analysis if you’re looking to bet sides or totals tonight.

Tonight, my two best plays both involve star point guards, but that’s where the similarities end. Rather than focus on the specific player, these two plays involve situations I’m looking to exploit, with both providing value against the assigned line.

The sophomore point guard put together another strong season to help lead his Grizzlies to the Play-in Tournament. Averaging 7.4 assists per game, this line might seem high on the surface. However, Morant has shown the propensity to produce in must-win games throughout his young career. Tonight should be no different.

By my count, Morant has played 12 must-win games between this season and last: the 11 bubble games last season (including the play-in), as well as Sunday’s game versus the Warriors. In those 12 games, Morant averaged 9.6 dimes, and hit the over on this total all but twice (83%). The Murray State alum played 38 minutes per game in those contests, a nice increase from the 31 and 33 minutes he’s played per game, the last two seasons.

Tonight’s opponent, San Antonio, should be especially conducive to Morant’s assist total. In three matchups versus the Spurs this season, Morant has averaged 11.9 dimes per 36 minutes. Where the Spurs defense is deficient, is against the spot up shot. San Antonio allows the fourth most points per spot up shot, on the fifth highest field goal percentage. Morant, himself, is not a great jump shooter, however he’s surrounded by willing shooters on the wing.

Against the bottom five defenses versus the spot up shot, Morant sees a 5% uptick in his assist production. Combining this with increased minutes should lend to facilitation-galore from the Grizzlies point guard.  I have the second-year stud pegged at close to double-digit assists tonight.

Be sure to check out our full game preview for San Antonio Spurs vs. Memphis Grizzlies.

Line available at publishing.  Playable down to under 47.5.

I know, I know. Steph has been on a mission these last few weeks, and I’m fading him in a must-win game. The fact of the matter is, this line is too inflated, even for the regular-season scoring champ.

Let’s start with the raw numbers — Curry has averaged 43.2 of this combination (PRA) this season. Over the last 23 games, when his production really took off, the MVP candidate averaged 47.9 PRA, and stayed under this line 48% of the time.

However, the Lakers aren’t an average opponent. They rate as the best defensive team in the NBA, and their strengths lend to slowing down a player like Curry. The Lakers ranked in the top four of three-point defense and allowed the second-fewest points per game. They play at the league’s 10th-slowest pace, and allow the fifth-fewest rebounds and 13th-fewest assists. When Curry has matched up against a team that plays above-average defense at a below-average pace, his PRA production drops by 4%.

Plus, the Lakers have experience in slowing down individual offensive dynamos in the playoffs. Last season, LeBron and company successfully forced both Damian Lillard and James Harden to 20% PRA per minute production decreases compared to their regular-season averages. With the same core players back for this season, I expect the Lakers to come in with a strong defensive gameplan.

Unless you’re a Lakers fan, this one might be hard to watch. But my numbers are what I’ll always lean on, and I have the Davidson product’s PRA projected in the low 40s tonight.

Be sure to check out our full game preview for Golden State Warriors vs. Los Angeles Lakers.