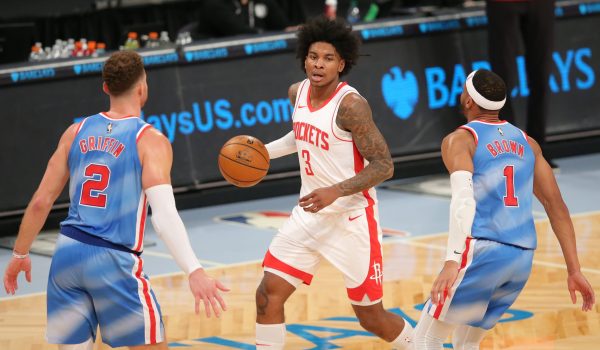 Happy Tuesday everyone! We’ve got a six-game slate on tap in the NBA. This should be an excellent spot for prop bettors with four out of six games posted with a spread of six points or less, and we could be in store for some fireworks. Before we dive into my favorite prop bets, make sure you check out all of our experts’ thoughts on the side and total for each of those games.

I’m off to a great 13-3 start at Pickswise, but I’ve got two more strong plays in my sights, so we will try to make it 15-3. Below, I’ve broken down two of my favorite bets and why I think they offer some nice value.

We are going in the right direction with the trend line!

Giannis Antetokounmpo is having another excellent season. His numbers are almost identical to last season’s when he won the MVP award. Giannis is currently scoring 28.5 points per game and is red hot in April, averaging 29.5.

This line is one point below his season average in points in spite of having a great matchup against the Charlotte Hornets. Giannis is a terrific inside scorer, as 68% of his FGM comes at the rim. The Hornets don’t present much of a challenge as they typically play PJ Washington at the center who is undersized, out of position, and struggles to protect the rim.

In his last four games against Charlotte, Giannis went over this line in three. He scored 30, 41, and 34. The only game he didn’t go over this line was a blowout win, where he scored 26 points while registering only 19 minutes.

Be sure to check out our full game preview for Milwaukee Bucks vs. Charlotte Hornets.

Kevin Porter has cleared the NBA’s health and safety protocols after missing the Rockets’ last three games. He is in the midst of a promising sophomore season while averaging 15.5 points and 6.2 assists per game.

He should start at the point guard spot, and Minnesota allows the fourth-most points and assists to opposing point guards.

Be sure to check out our full game preview for Minnesota Timberwolves vs. Houston Rockets.