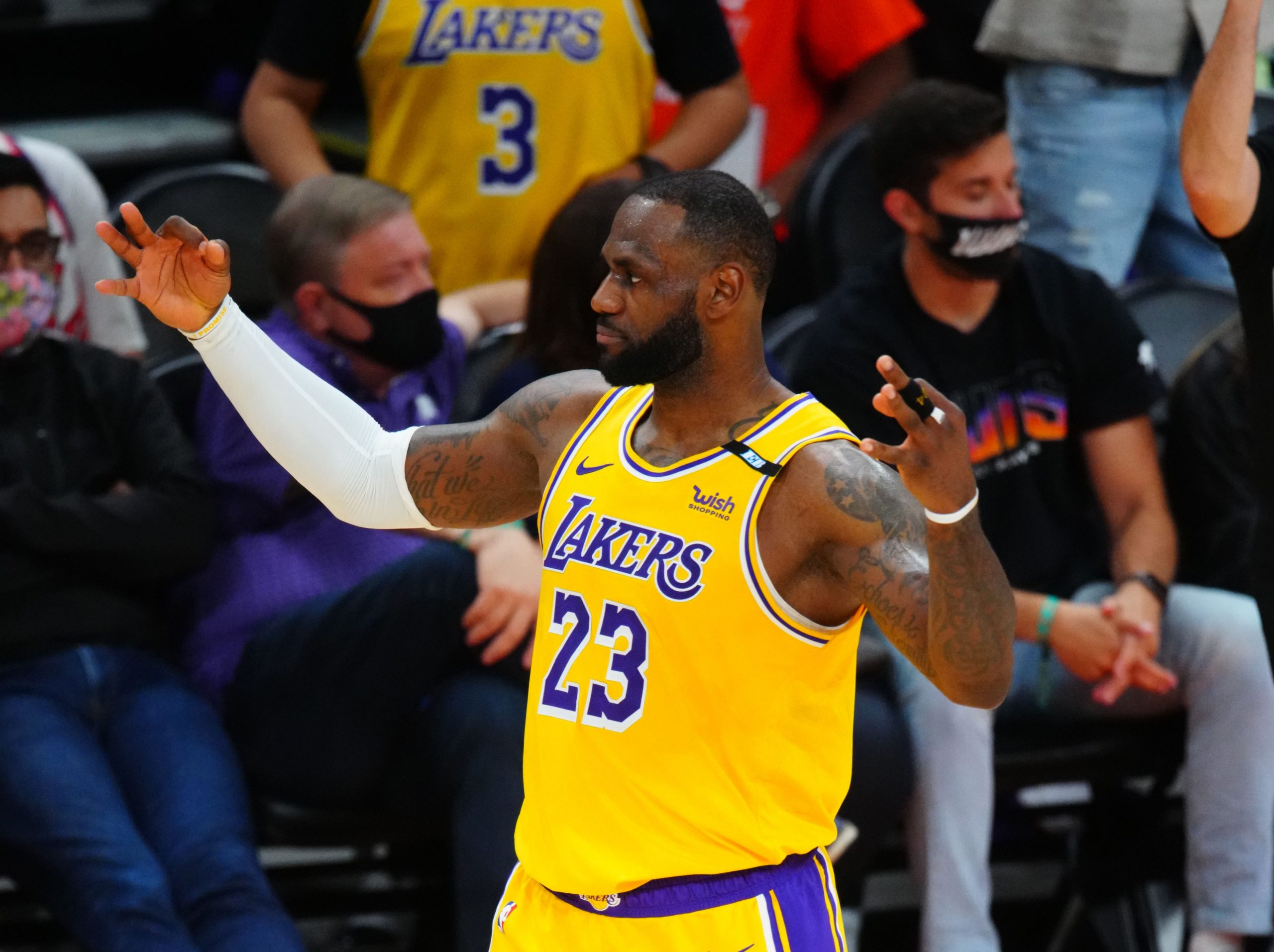 Happy Tuesday everyone! As always, when it comes down to the playoffs, it’s quality over quantity in the order of the day! We have a three-game slate. Before we get into my favorite prop bets, make sure you check out all of our experts’ thoughts on the side and total for each of those games.

I’m off to a great 19-6 start at Pickswise, but I’ve got two more strong plays in my sights, so we will try to make it 21-6. Below, I’ve broken down two of my favorite bets and why I think they offer some nice value.

Anthony Davis almost certainly isn’t going to play and the series is tied at 2-2. So, we are looking at LeBron James to increase his usage and scoring by a lot.

He had troubles with injuries all season, but he is looking better game by game. He started the series with 18 points while taking only 13 shots. That is the lowest number of shots he took with 35+ minutes on the floor since 2017 and a Game 3 versus the Boston Celtics. In Game 2, he scored 23 on 16 field-goal attempts. In Game 3, he scored 21 on 19 FGA, and in Game 4, he scored 25 points on 21 FGA. So, we see his usage and scoring increase game by game.

Davis didn’t play any second-half minutes in Game 4. The Lakers and LeBron were struggling in the third quarter because they needed to adjust their gameplan, but in the fourth quarter, the Lakers went for more Gasol minutes because Gasol is a great three-point shooter. So, he was pulling out Ayton from under the rim and opening up the driving lanes for LeBron, who scored 11 points in the fourth quarter while Gasol hit two threes, and this is something that should be a go-to gameplan for the Lakers in the game 5.

The Lakers played one regular-season game against Phoenix without Anthony Davis, and the game plan in that game was similar to this one. They played Markieff Morris huge minutes at the five because he can make threes and create better spacing for LeBron driving. LeBron ended up scoring 38 points while shooting 13/15 in the paint.

Be sure to check out our full game preview for Los Angeles Lakers vs. Phoenix Suns.

Andre Drummond found his place on this Lakers team and was great in the first two games of the series, but we saw a considerable drop-off in scoring in the last two. His series PRA average is 20, and he went over this line only once out of four games.

He scored 12 and 15 points in the first two games and only six and five in the last two. As I already mentioned in the analysis for LeBron James, I expect more minutes for Gasol in this game and Drummond to play 18-20 minutes. He doesn’t have a jumper, so the spacing on the Lakers’ offense is poor with him on the floor, and that is a massive problem because LeBron and Schroder are scoring most of their points by driving to the rim. They need better spacing, and playing Gasol more minutes will undoubtedly help them because he is a great three-point shooter (41%).

Also, Ayton will now defend Drummond instead of Anthony Davis. With Davis on the floor, Drummond had a mismatch on the offensive glass and scored a lot with offensive putbacks against small wing defenders like Crowder and Bridges, but he can’t dominate like that against Deandre Ayton. In the first two games, he had 12 offensive rebounds, while in the last one, he had zero. He also played only 6 minutes in the second half, even though Davis was out. So, with a tougher matchup and fewer minutes, this should be a great spot to fade Drummond.