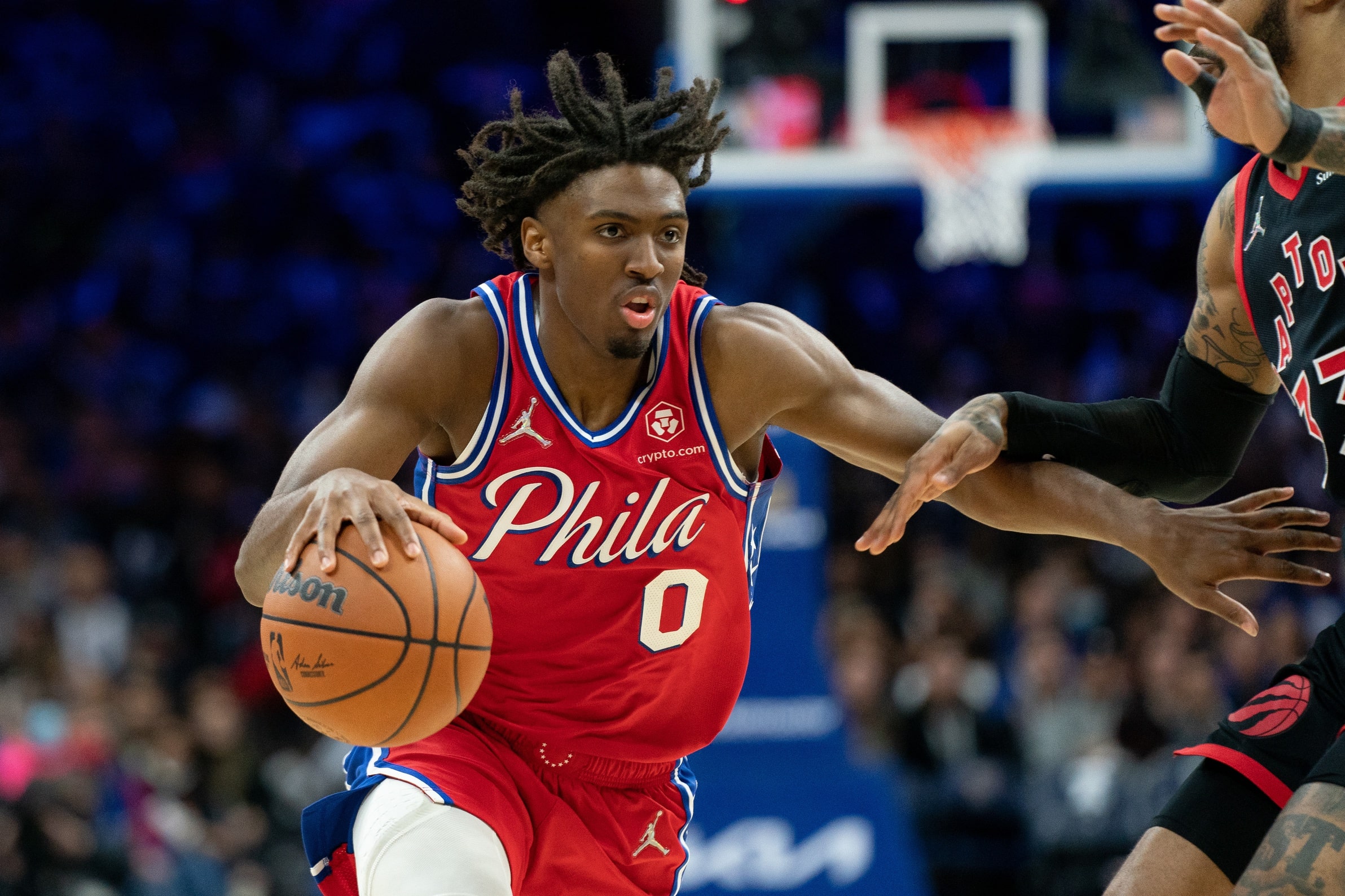 There are just 3 NBA games on tonight but each brings a fair amount of intrigue. The Golden State Warriors are the early front runners this season, but they will have a tough game on their hands against the Brooklyn Nets. With Kevin Durant going up against his former team, there are bound to be fireworks. Be sure to check out full game previews for tonight’s games here. But for now, let’s take a look at my favorite player props for the action.

With Ben Simmons still on a hiatus from the team, the playmaking responsibility has fallen on the shoulders of Tyrese Maxey. The second-year guard has been a major part of the 76ers rotation, averaging 36 minutes per game. In each of the last 6 games, he has played 39 minutes or more. In those games, he was able to achieve 5 or more assists on 4 occasions. To get plus-money on the same happening again tonight seems like a shot worth taking.

The Utah Jazz should be a good matchup for him here too. Most of the shots Maxey takes come inside the arc where tonight he will encounter Rudy Gobert. With that level of resistance at the rim, Maxey could look to dish the ball to his teammates when he draws Gobert’s attention. With knockdown shooters like Seth Curry and Danny Green lurking on the perimeter, and Andre Drummond operating in the paint, there should be enough quality options for Maxey to hit and achieve this total tonight.

After struggling with his 3-point shot in October, Keldon Johnson has been able to catch fire in November. Through 7 games this month he is making 52.4% of his shots from deep, including a 6 from 9 performance in his last outing. As a result, over his last 6 games he has been able to score at least 16 points on 4 different occasions. Apart from an off game against the Kings, over that stretch he has been able to attempt at least 14 shots per game. Considering his recent efficiency, it feels like that may be enough for him to hit the total tonight.

Going up against the Clippers tonight should work to his advantage. They tend to play without a traditional power forward so either Paul George or Nicolas Batum will likely pick him up tonight. Neither is well equipped to deal with Johnson’s ‘bull in a china shop’ type of play. He should have his way tonight in the paint against the pair, and with his improved efficiency from deep, they will be forced to respect his shot. With an ability to put the ball on the floor effectively, Johnson should have no problem scoring in a variety of ways. Back the over on this one.