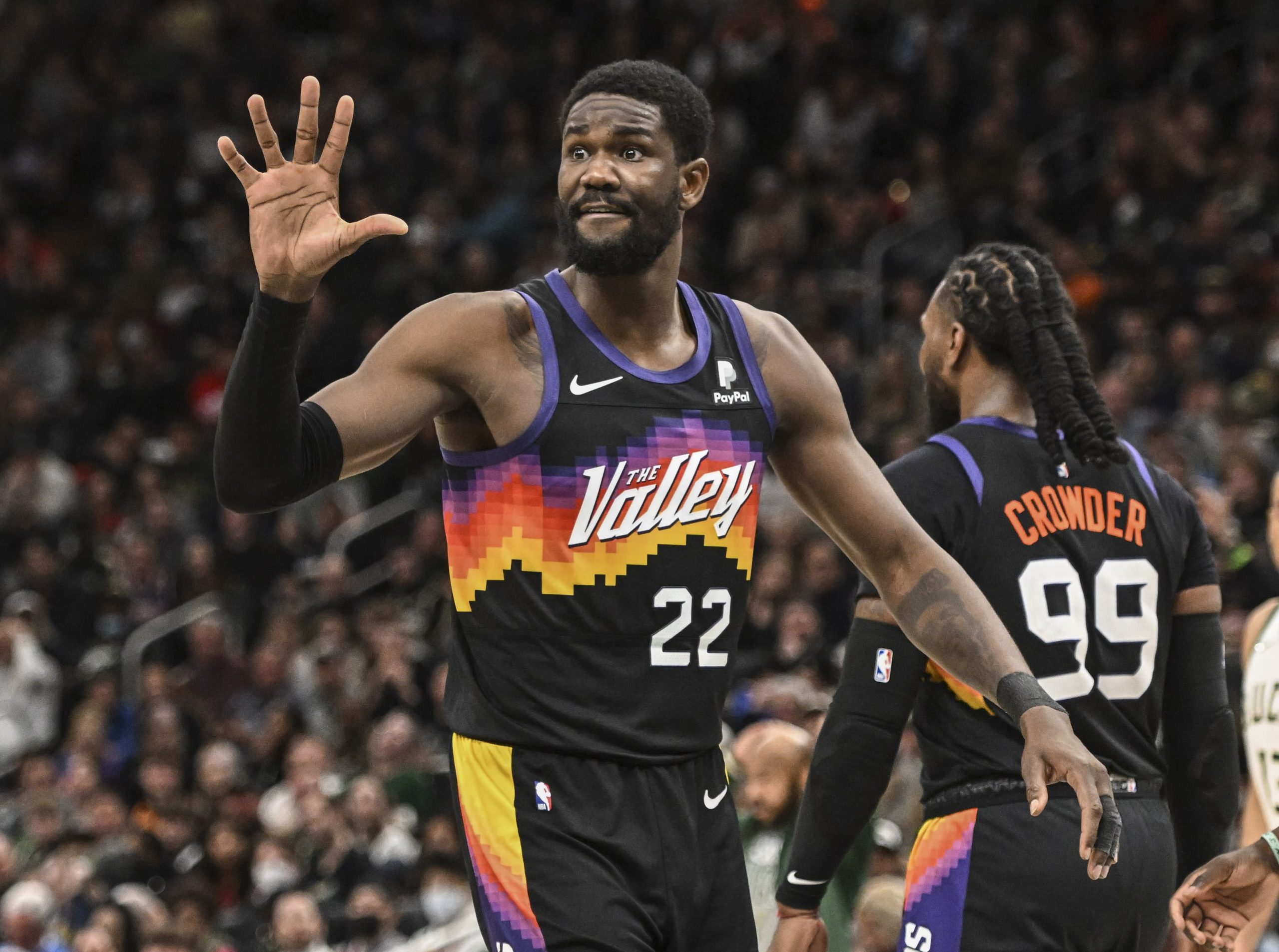 There is a massive 11-game NBA slate tonight, for which I have picked out my 4 favorite player props. After going 3-1 on Monday, I improved my Pickswise record to 100-72 on NBA player props. With the size of the slate today let’s jump right into in and aim for a clean sweep tonight.

You can find our full game previews here. Now let’s check out my player prop selections below.

Deandre Ayton of the Phoenix Suns has taken on the Golden State Warriors on 3 occasions this season, hitting 18 or more points every time. He is averaging 21.7 points per game against them. Ayton has also hit this line in 5 of the last 8 games. The Warriors are a great matchup for him, with Draymond Green and Kevon Looney being undersized matchups. The Suns center has the physicality to bully the pair in the post and to get his shot off. His athletic ability also allows him to play above the rim, which the Suns could exploit, especially when Green is playing as a small-ball 5. In 4 of the last 5 Warriors games, the opposing center scored at least 18 points and Ayton should keep that going.

In recent games Pascal Siakam of the Toronto Raptors has been very effective at getting to the rim and finishing. However, he is likely to encounter resistance there tonight against the Minnesota Timberwolves. Karl-Anthony Towns and Jarred Vanderbilt pack the paint, which could force Siakam to kick the ball out to the perimeter shooters. When the teams last met, the Raptors forward racked up 9 assists. Over the last 10 games he is averaging 5.5 assists per game, hitting this line 7 times in the process. With Gary Trent Jr. back in their lineup, the Raptors have 2 marksmen guards for Siakam to kick it out to, while OG Anunoby remains a threat cutting to the rim. It looks all set for Siakam to have another great passing night, especially with the Timberwolves 23rd in opponent assists per game over the last 10 games.

Be sure to check out our full game preview for Minnesota Timberwolves vs Toronto Raptors.

In 2 games against the New York Knicks this season, LaMelo Ball of the Charlotte Hornets has been terrific rebounding the ball. He is averaging 13 per game against them, including 17 in their first meeting. On top of that he has recorded 7 assists per night. He has managed 7 or more dimes in 7 of his last 10 games. If he keeps that going tonight, he should be able to carry the line over with his rebounds without issues. The size of the Knicks frontcourt will force other Hornets to drop into the paint and help Mason Plumlee rebound. Ball has the size to be very effective doing this.

Be sure to check out our full game preview for Charlotte Hornets vs New York Knicks.

On the season the Miami Heat are 3rd in the league in opponent assists per game and 2nd in rebounds. That should make it a tough night for the Boston Celtics as a whole and especially Jaylen Brown, who has struggled to hit this line recently. In his last 5 games, Brown has managed to combine for 10 or more rebounds and assists just once. He is listed as day-to-day too, which could see his involvement limited, especially with the playoffs just around the corner. The Heat have a pair of wing defenders in Jimmy Butler and PJ Tucker who have the ability to get Brown to give up the ball, and that is unlikely to help him hit this line tonight.

Be sure to check out our full game preview for Miami Heat vs Boston Celtics.