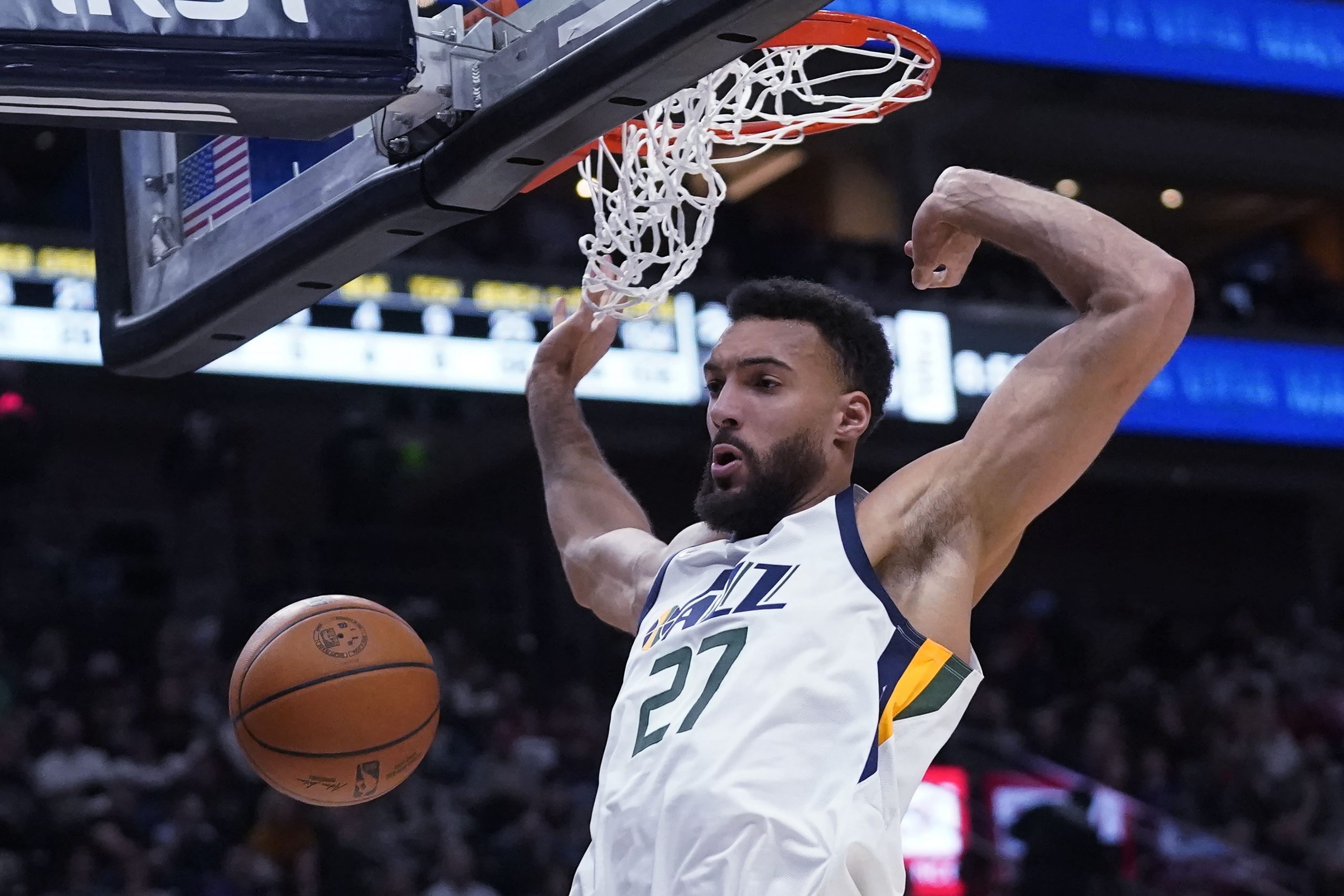 With 8 games on tonight’s slate, I have picked out my 4 favorite player props for the action. I am now 5-1 on picks since the all-star break and 79-57 overall on my Pickswise articles this season. With exciting clashes like the East-leading Miami Heat taking on the defending champion Milwaukee Bucks, there is plenty to choose from tonight.

You can find our full game previews for each of tonight’s games here. But for now let’s check out my player prop picks below.

Rudy Gobert will have a major size advantage tonight against the Houston Rockets. With Christian Wood up against him in the paint, the Frenchman should be able to dominate the glass and provide second-chance points for the Jazz. Ivica Zubac was able to do just that against the Rockets as he went for a combined 34 points and rebounds last night. With Gobert being a much higher caliber of player, I expect him to do at least as well. The only thing that can hinder him is playing time in case of a blowout. The Rockets will be playing at home and have lost just 1 of their last 5 games by 15 points or more. That should keep this game competitive for long enough to allow Gobert to put up his numbers.

Be sure to check out our full game preview for Utah Jazz vs Houston Rockets.

Joel Embiid is coming off a 37-point performance against the Knicks in his last outing and he looks set to dominate once more. He was able to get to the line an incredible 27 times in that game. Outside of Mitchell Robinson, the Knicks do not have the size or length to deal with Embiid. Robinson historically has had issues with foul trouble and could find himself on the sidelines as a result. With the floor spacing that James Harden now provides him, it should leave the MVP favorite in advantageous one-on-one situations against smaller forwards. He has scored 30 or more points in 6 of his last 8 games for the 76ers and looks set to continue that streak.

Be sure to check out our full game preview for New York Knicks vs Philadelphia 76ers.

The Cleveland Cavaliers have stuck to their 3-big lineup all season, which has forced opposing centers to be locked in to help avoid their teams getting dominated on the glass. The man doing just that for the Hornets is Mason Plumlee. In 3 games against the Cavaliers this season he is averaging 10.3 rebounds per game. Going up against Jarrett Allen will allow him to remain in and around the paint due to the lack of floor spacing from the Cavaliers center. Plumlee has been on a good rebounding streak too, grabbing 8 or more boards in 8 of his 12 games in February. The Hornets will need more of the same from him.

Be sure to check out our full game preview for Charlotte Hornets vs Cleveland Cavaliers.

In the last 4 games that Robinson has played, Duncan Robinson has not attempted a shot from inside the arc. He should have a favorable opponent to keep firing against in the Milwaukee Bucks. The hosts in tonight’s game rank 26th in opponent 3-point attempts and makes per game. Robinson has managed 3 or more makes in 5 of his last 10 games and with this matchup, should be able to hit it once more. His 3-point percentage is better on the road too, at 37.5% as opposed to 34.4% at home. If he can get 8 attempts off tonight, he should have a great shot of hitting this line.

Be sure to check out our full game preview for Miami Heat vs Milwaukee Bucks.