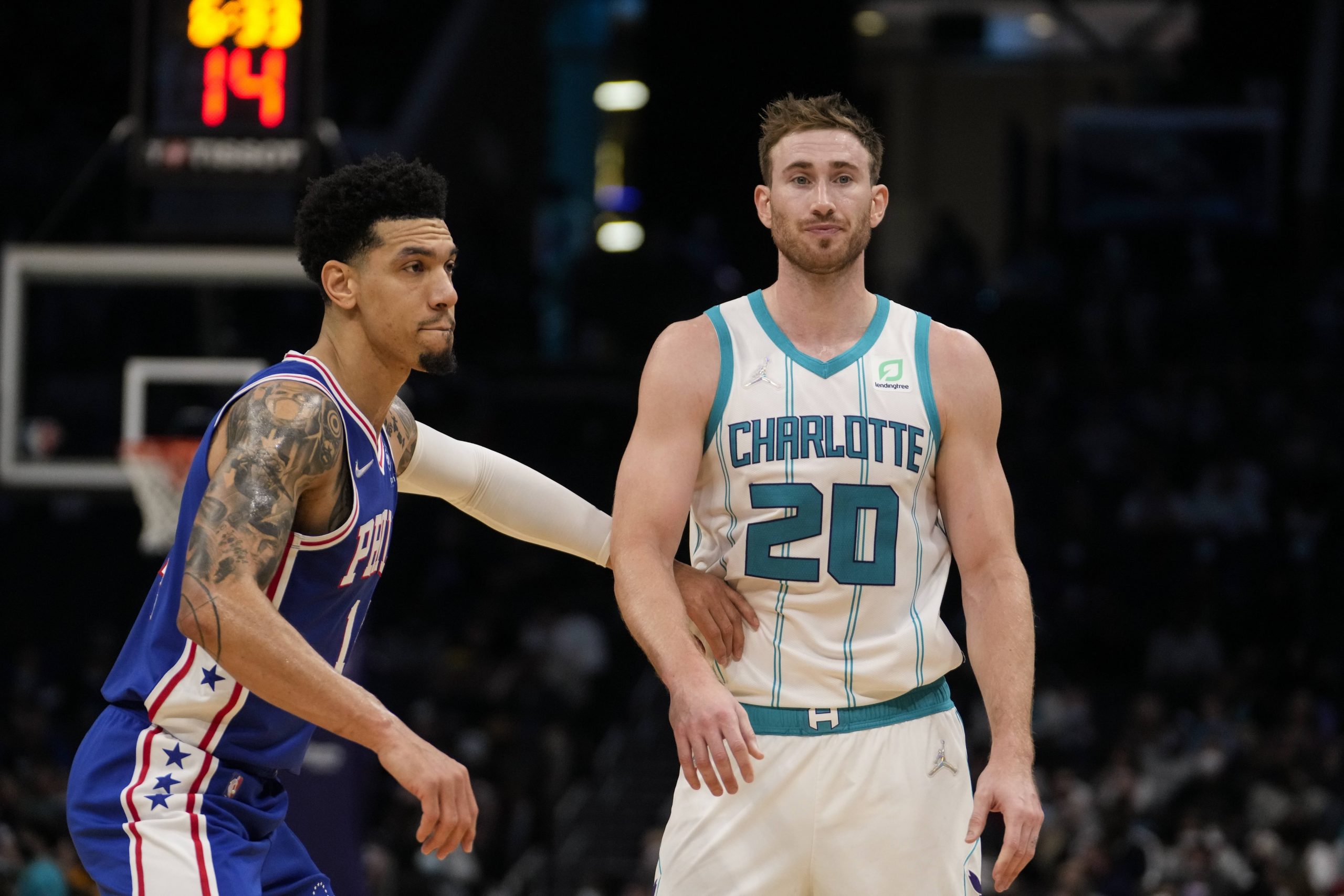 We have a massive NBA slate tonight with 26 of the 30 teams in action. The Memphis Grizzlies will be looking to extend their surprising 5-game winning streak against Luka Doncic and the Dallas Mavericks. Elsewhere, the two most recent winners of the Eastern Conference will face off as the Milwaukee Bucks visit the Miami Heat.

You can find our full game previews for all of tonight’s games here. Before then, let’s take a look at my favorite player props for the action.

With the current health and safety protocols that are effecting the Charlotte Hornets, Gordon Hayward has been thrust into a playmaking role. Whist in their game against the Hawks Ish Smith was available to assume ball handling responsibilities, he too was ruled out in their last game against the 76ers. It left Hayward to run the team, and he done so to the tune of a 9-assist night. With the same roster of players available to them once again tonight, Hayward should assume the same role once more.

Hayward is a great passer of the ball for his position, having averaged over 5 assists in a season back when he played for the Utah Jazz. The 76ers could end up using Tobias Harris and Danny Green against him tonight, with Harris likely to struggle to keep him out of the paint. The Hornets are also likely to try and push the pace here to beat Embiid down the floor and take him out of the defensive equation. With Hayward having the ball in his hands and being tasked with bringing the ball up, he should be able to rack up the assists once more tonight.

Be sure to check out our full game preview for Philadelphia 76ers vs Charlotte Hornets.

The Memphis Grizzlies have not missed a beat since the injury to Ja Morant, and Desmond Bane has been a major part of that. Over the last 9 games, he has managed to score 18 or more points on 7 occasions. One of the games he failed to hit 18 points was their blowout win over the Oklahoma City Thunder, where he played just 18 minutes. If he is able to play more than 30 minutes, he should be able to clear this over once more. Last Saturday he played 34 minutes against the Mavericks team he is up against tonight and was able to score 29 points.

Luka Doncic missed the last meeting between the teams but should be back in the lineup tonight, with Jalen Brunson dropping back down to the bench. Brunson is a great on ball defender and replacing him with Doncic is a downgrade on that side of the ball. The Mavericks are 25th in the league in opponent 3-point percentage and could struggle to take that part of Bane’s game away. He is shooting 40 percent from deep and has made 4 or more in 6 of his last 9 games. If he manages something similar tonight, he should be able to clear this line.

Be sure to check out our full game preview for Dallas Mavericks vs Memphis Grizzlies.

With Jalen Green and Kevin Porter Jr. either missing recent games or playing fewer minutes, Jae-Sean Tate has taken on a larger role with the team. In his last 5 games the forward has been able to score 15 or more points on 4 occasions, including a 32-point explosion against the Thunder. Over that same stretch of games he has been able to record at least 10 combined rebounds and assists on 4 occasions. Tonight against the Brooklyn Nets there is nothing to suggest he will see a smaller role, so look for Tate to continue contributing across the board.

Tate is a very physical forward, with a lot of his shots coming inside the paint. Looking at the Nets starting 5, there is no player that seems a natural fit to defend him. DeAndre’ Bembry lacks the size and physicality to handle him while James Harden is hardly known for his defense. Kevin Durant could be a candidate to lineup against him, but considering the physical brand of basketball that Tate plays with I would expect Durant to delegate that to his teammates. With favorable matchup here, I expect him to put together another strong all-round performance.

Be sure to check out our full game preview for Brooklyn Nets vs Houston Rockets.