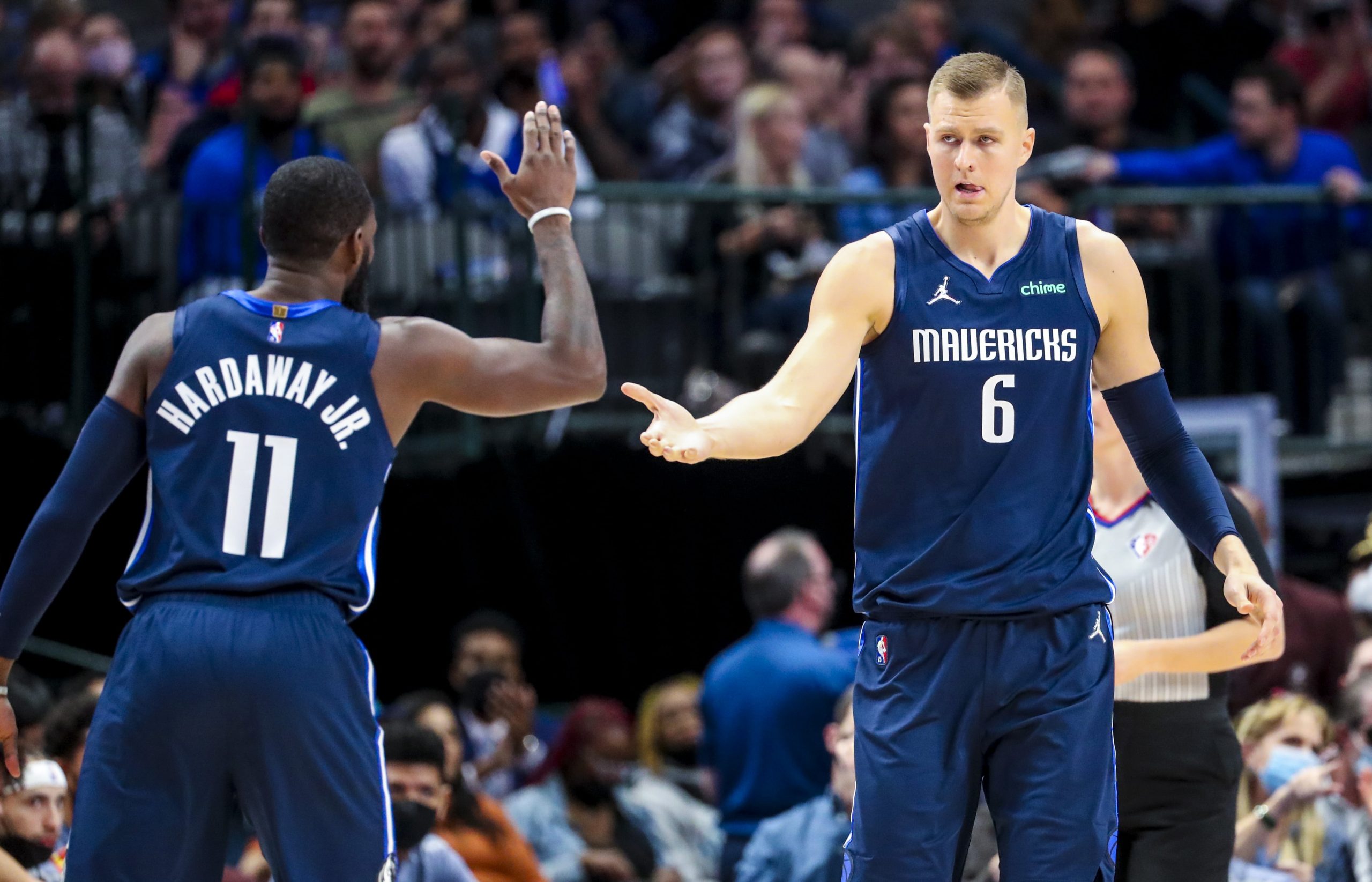 There is a monster 11-game NBA slate on tonight with plenty of player prop opportunities on offer. There are exciting games on show with the defending champion Milwaukee Bucks taking on the Los Angeles Lakers. Meanwhile out east, the Brooklyn Nets will be taking on the surprising Cleveland Cavaliers.  You can see our full game previews here, but for now let’s take a look at my player prop selections.

Kristaps Porzingis has been in fine form for the Dallas Mavericks since coming back from injury earlier this month. Since then, he has been able to record 21 or more points in 4 of the 5 games he has played. And now with Luka Doncic ruled out for a few games, Porzingis should find himself as the focal point of the offense. In the last two games he has managed at least 20 field goal attempts with point totals of 29 and 32 respectively. If he manages the same number of shots tonight, he should be in with a good shout of hitting this over.

He will be matched up against either Deandre Ayton or Jae Crowder tonight with both being suitable to his skillset. Ayton is most comfortable defending inside the paint, so having to guard Porzingis on the perimeter will not appeal to him. Crowder on the other hand gives the Latvian a size and length advantage which should allow him to utilize his mid-range game. Either way, Porzingis will get his shots tonight, and this total should fall.

Be sure to check out our full game preview for Dallas Mavericks vs Phoenix Suns.

When the Oklahoma City Thunder took on the Houston Rockets earlier in the season, Luguentz Dort did not have the greatest game. He finished with just 8 points that night but a lot has changed since then. Dort has been much more aggressive in the month of November, attempting 86 shots through 6 games compared to just 65 over the same stretch in October. It has resulted in him scoring 16 or more points 5 times this month already.

He is great at using his physicality to get to the rim and finish, which he should be well positioned to utilize when matched up against Jalen Green, who is slight of built in comparison. Dort is also efficient when he gets to the line, shooting 88% on the season so he may be someone they turn to if the Rockets play the foul game in a tight contest. And considering he has made multiple shots from deep in 5 of the 6 games this month, he looks all set to have another strong scoring performance tonight.

Be sure to check out our full game preview for Houston Rockets vs Oklahoma City Thunder.

Detroit Pistons point guard Killian Hayes has had a few inconsistent games of late but could be set for a good performance tonight. He has shown an improved ability to knock down 3-pointers of late, shooting 45% this month with multiple games of 2 or more made shots from deep. The Pacers are 26th in the league in opponent 3-point percentage, so they are unlikely to hinder his improved efficiency here.

He has also been able to impact the game in different facets of late. Hayes has recorded a combined 8 rebounds and assists in each of his last 3 games, including a combined 17 against the Raptors. With Isaiah Stewart having his hands full tonight with the Pacer big men, it may fall to the guards to help on the boards. As a result, the over here looks like a good bet to make.

Be sure to check out our full game preview for Indiana Pacers vs Detroit Pistons.