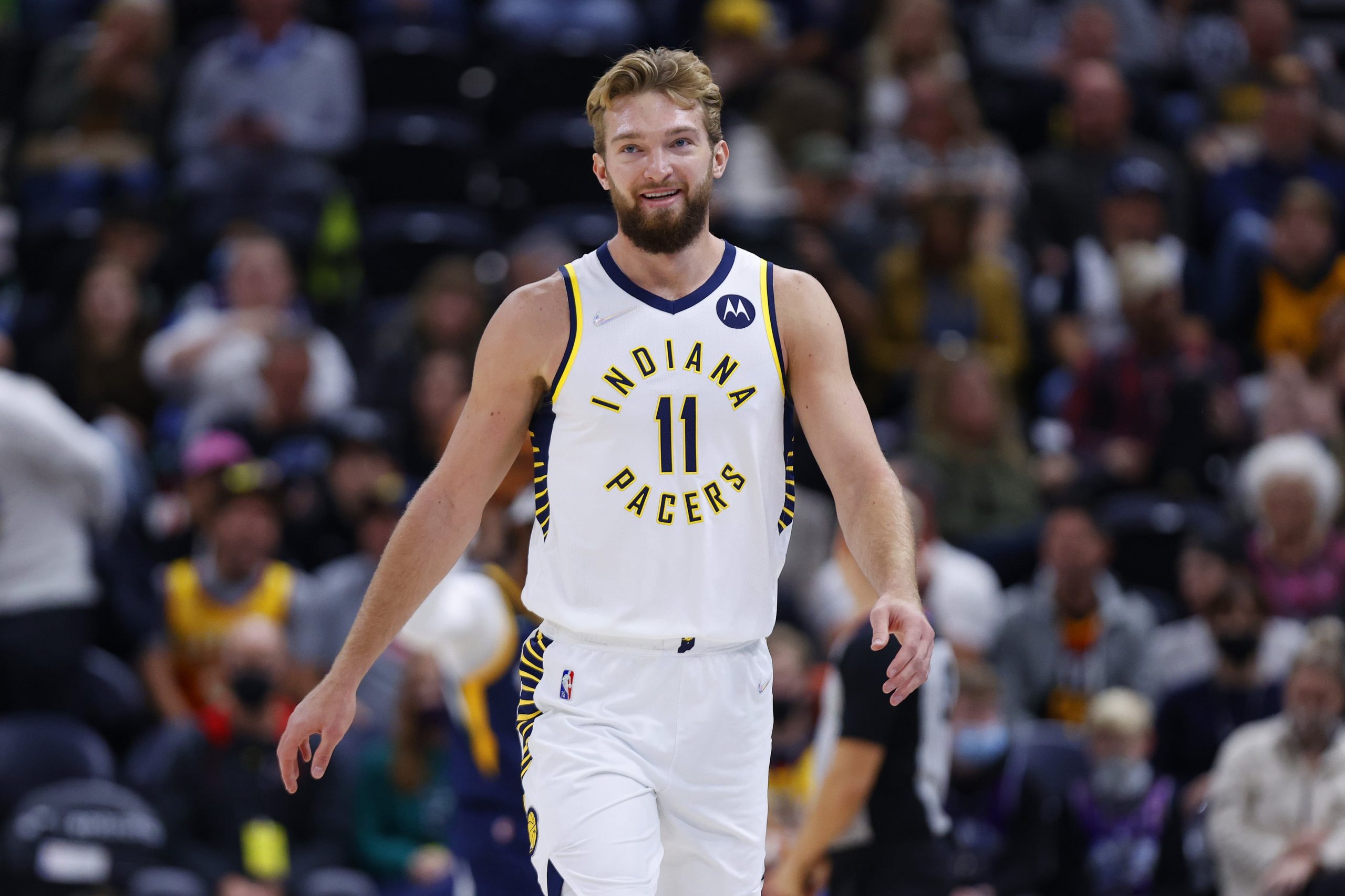 Today we have a massive NBA slate that features 13 games in total. With Thanksgiving just around the corner, we are treated to seeing the likes of LeBron James, Kevin Durant and Giannis Antetokounmpo in action tonight. But let’s get right into it and take a look at my favorite player prop selections for the games.

Last night the Lakers suffered a tough 106-100 loss at the hands of the Knicks. They allowed Julius Randle to dominate in his time on the floor, allowing him to collect 20 points and 16 rebounds. Tonight they will have to deal with another forward who has a very similar skillset in Domantas Sabonis. He has managed to score 20 points in each of his last 2 games, managing to get to the line consistently. In 2 of the last 4 games he has attempted 8 or more shots from the line. With only the Timberwolves giving away more free throws per game, look for him to get to the line tonight.

The Lakers allow more points in the paint per game than any other NBA team. That just happens to be where Sabonis is the most comfortable. And whilst the Lakers do have shot blockers in the form of Anthony Davis and DeAndre Jordan, the latter in particular could be exploited in pick and roll situations. With the Lakers 24th in the league in opponent offensive rebounds per game, Sabonis will have plenty of ways to punish them here tonight.

Be sure to check out our full game preview for Los Angeles Lakers vs Indiana Pacers.

The Bucks are massive favorites against the Pistons tonight, which could give Giannis Antetokounmpo free reigns on the floor. That could mean that the former MVP could look to step out to the 3-point line and showcase to teams that he is a threat from deep. So far in November he has recorded fewer than 4 shots from beyond the arc on just 2 occasions, including 7 attempts the last time these sides met. He was able to knock down 3 of those on the night, and there is no reason to suggest he cannot reproduce that here.

The Pistons are also dealing with the suspension to Isaiah Stewart, one of the few players on their roster that could wrestle with Antetokounmpo in the paint. Now they will be left with Luka Garza and Trey Lyles on the interior, with each giving up a strength and athleticism advantage to the Bucks star. As a result, the Pistons could cram the paint with bodies, daring him to shoot. I believe he will do just that and punish them for it.

Be sure to check out our full game preview for Detroit Pistons vs Milwaukee Bucks.

Ja Morant is currently leading the league in points in the paint and should have a favorable matchup here to further pad those numbers. The Raptors have shown a tendency to play with a small ball lineup, with Pascal Siakam occupying the 5 spot. The other bigs in their rotation are Precious Achiuwa and Khem Birch. Achiuwa is currently questionable to play due to a shoulder injury whilst Birch is only averaging 0.5 blocks per game this season. As a result, Morant should have little issue finishing on the inside once he gets there tonight. The Raptors are 27th in the NBA in opponent field-goal percentage so far this season could get punished here.

The Grizzlies’ roster situation could also force Morant to be more aggressive here. Dillon Brooks, who is averaging more than 19 points per game this season is questionable to play. Even if he does take the floor, he could be on a minute’s restriction. De’Anthony Melton will also miss tonight’s game, which could leave the Grizzlies short of scoring options in the backcourt. With Steven Adams being one of the best screen setters in the league, look for Morant to step up to the plate and play aggressive tonight.

Be sure to check out our full game preview for Toronto Raptors vs Memphis Grizzlies.