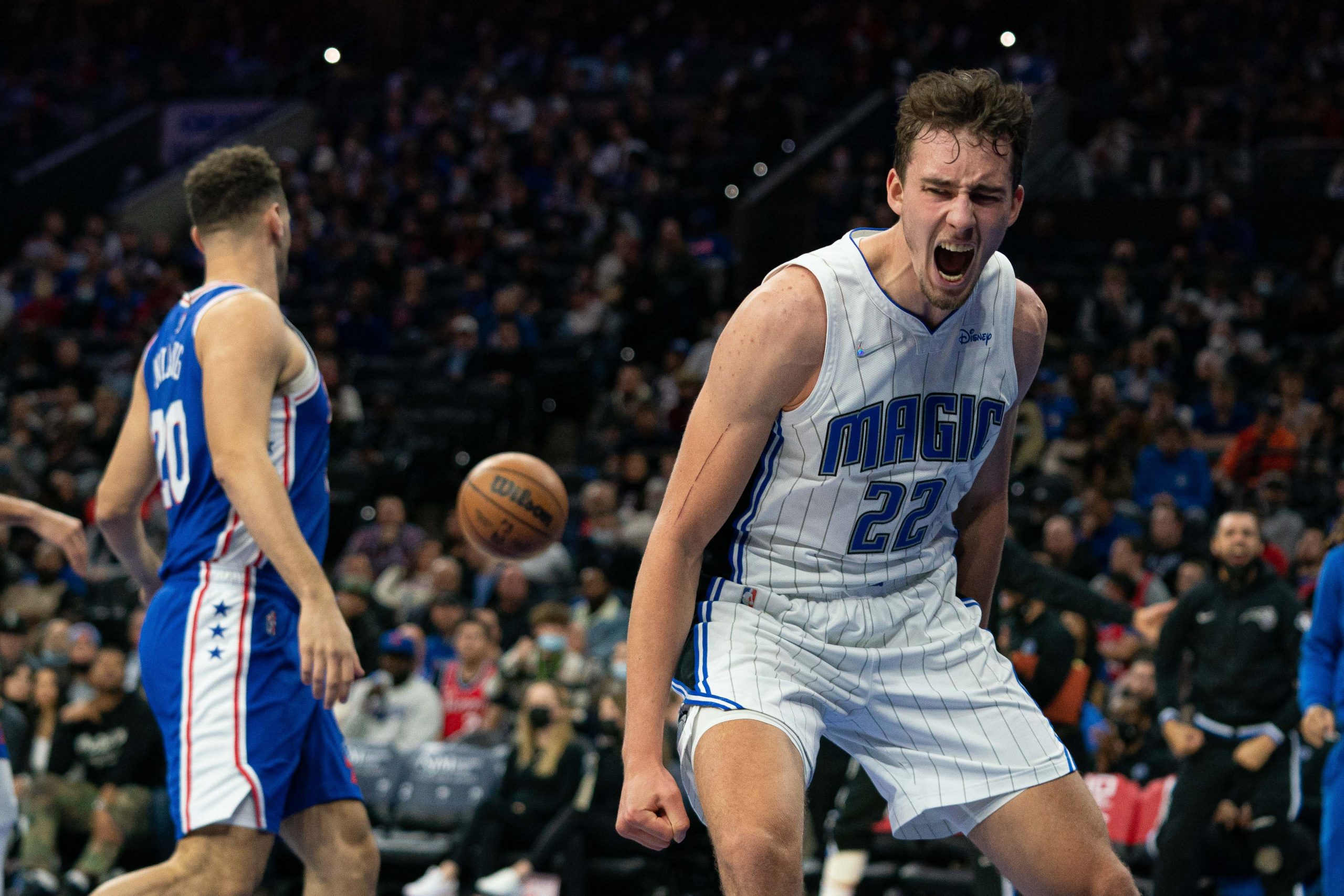 There is a 9-game NBA slate tonight which promises to bring plenty of excitement as always. A classic rivalry will be reborn tonight as the Boston Celtics take on the Philadelphia 76ers. Elsewhere we will get to see the battle between two Baltic big men, as Kristaps Porzingis will look to slow down the red-hot Jonas Valanciunas when the Pelicans take on the Mavericks.

As always, you can find our full game previews here, but now let’s take a look at my favorite player prop selections.

The Orlando Magic have been hit by yet another injury; Jalen Suggs is has been ruled out with a fractured thumb. The team could get Cole Anthony back tonight but considering he has missed 6 straight games, they could look to ease him into action. That could all lead to a bigger role for rookie Franz Wagner, who has been flashing great point forward potential in the last few games. He has recorded at least 4 assists in 4 straight games and could take on the responsibility of being the secondary playmaker on this roster. When you consider that over that 4 game stretch, he has not recorded fewer than 12 points or 5 rebounds, the over on this looks very plausible.

The Denver Nuggets have recently given up strong scoring performances to role players that play on the wing. Jae Crowder, Caleb Martin, and Norman Powell were each able to put up 15 or more points. Considering Wagner is full of confidence after scoring 27 against the Philadelphia 76ers, I expect another good showing from him on Wednesday. As a result, back the over on this one.

Danny Green has been incredibly consistent shooting the ball from deep. He has failed to hit at least 2 3-pointers just 3 times this season. One of those games was his last game against the Magic, which was the first time he failed to hit 2 or more in 9 games. From what he has shown as so far this season, he is likely to bounce back quickly here, especially considering he is shooting at a 42.6% clip from deep.

While his minutes have not always been consistent this season, he is likely to see more playing time tonight. Going up against him here will be two of the best wing scorers in the Eastern Conference in Jayson Tatum and Jaylen Brown. Considering that along with Matisse Thybulle he is one of the best wing defenders on the 76ers’ roster, he could reach 30 or more minutes here. That should be more than enough time for him to hit 2 shots from beyond the arc.