HomeAnalysisNBA NewsBest player props for the Wednesday's NBA Playoffs slate (5/26): Can Rose be a thorn for the Hawks?

Best player props for the Wednesday's NBA Playoffs slate (5/26): Can Rose be a thorn for the Hawks? 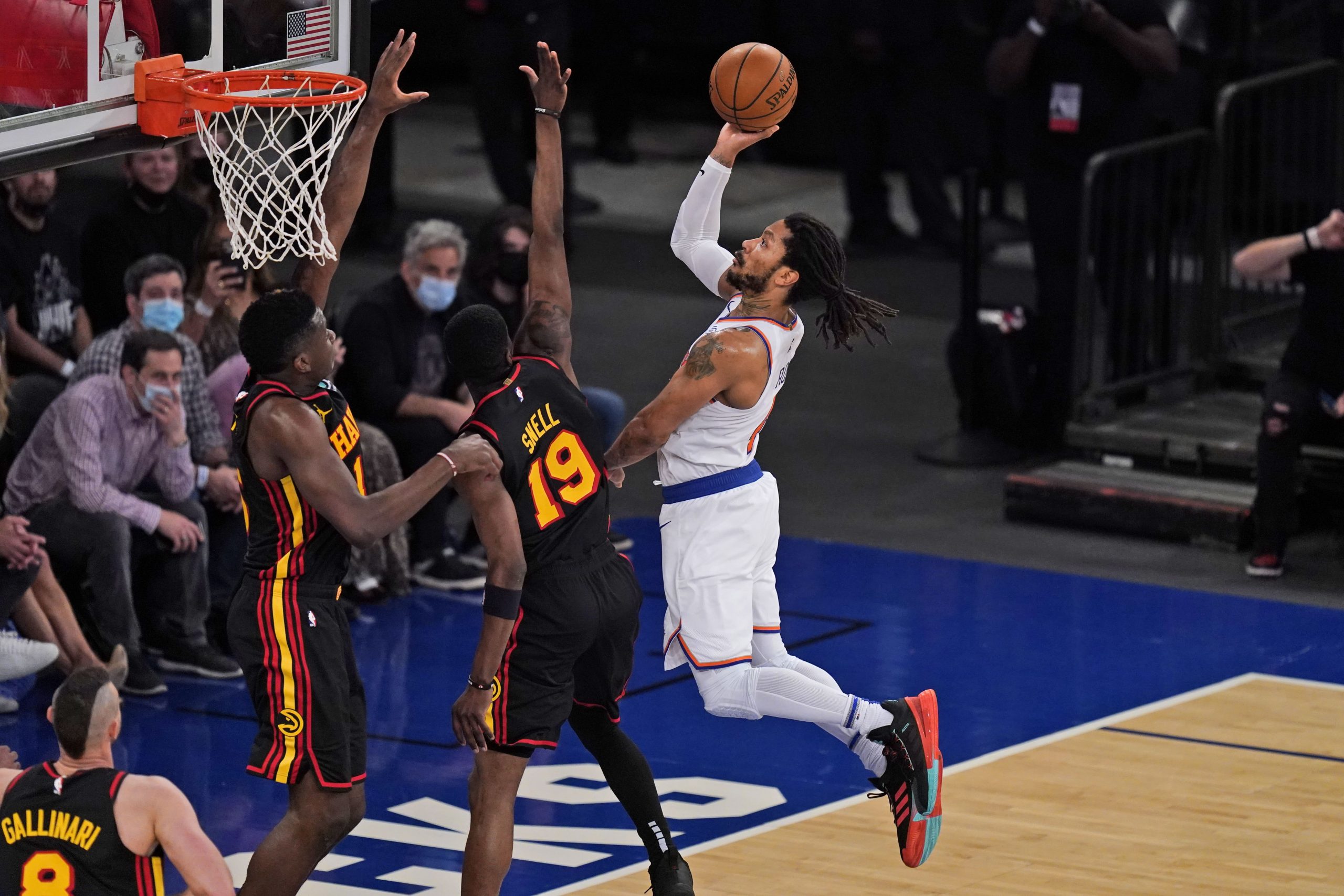 Wednesday brings us a trio of game 2s in the first round of the NBA playoffs. With both conferences’ top seed in action, as well as a four-five matchup in the East, there could be a wide variety of outcomes to consider when placing any bets — whether they be on props, sides, or totals. Before we dive into player props, make sure you check out all of our analysts’ picks and analysis for insight on the full games.

When looking at player props for Game 2 of a series, the outcome of Game 1 is always paramount. Did a player underachieve? Will the opposing coach adjust? What will the team look to do differently? These are only some of the multitude of questions you could ask. For me, not only do I look for value within the trends of the matchups, but also try to anticipate the team/player’s strategy, based on success or failures from the first game. With that, I’ve honed in on two players, both coming off tough losses, to produce in what continue to be solid individual matchups.

Line available at time of publishing. OK to play over 26.5 points + rebounds + assists as well.

Since coming over from the Pistons in a midseason trade, Rose has proven to be one of the better midseason acquisitions in the NBA. This season, as a Knick, Rose averaged 22 PRA. However, the former MVP picked up his production as the regular season came to a close. Over his last 11 games in which he received at least 26 minutes of floor time (including Game 1), Rose averaged 30.5 PRA. He eclipsed this line in 10 of those 11 games.

Game 1 saw Knicks coach Tom Thibodeau rely heavily on the veteran point guard. Elfried Payton started both halves, playing a quick shift in each, before ceding the rest of the court time (37 minutes) to Rose. Coach Thibodeau famously leans heavily on his star players, and I expect nothing less in a crucial Game 2.

And while Rose notched 27 PRA in Game 1, there is room for positive regression. Both his potential assist to total pass and assist conversion rates were lower than his regular-season averages, as was his drives per minute. This can be chalked up to poor spot-up shooting and shaky offense from the Knicks. With Julius Randle stagnating a bit offensively, the Knicks are better off shifting to Rose as the primary generator on offense.

We might not have foreseen this a few months ago, but it’s nice to see Rose as a significant contributor in the playoffs once again. With his health intact, and plenty of minutes coming his way, I have the 12-year veteran projected upwards of 30 PRA tonight.

Gobert comes into Game 2 after putting up 26 PRA in Game 1, in only 26 foul trouble plagued minutes. As with the Jazz as a whole, I like the center to bounce back in Game 2. Over the last two seasons, Gobert has had plenty of success versus the Grizzlies, and his individual matchup, Jonas Valanciunas. In the Frenchman’s last eight games versus Memphis, he’s averaging just shy of one PRA per minute played. Slated for at least 30 minutes (barring more foul trouble), Gobert should not have an issue eclipsing this over. In fact, I expect him closer to 34 minutes tonight.

Gobert’s success versus Memphis comes from the Grizzlies’ pick-and-roll defense. The Grizzlies allowed the third-most points in the regular season to the roll man (8.6 points per game), and the trend has continued into the playoffs (9 points per game). In their matchups, the Jazz have looked to exploit this, providing Gobert with an 18% uptick in paint touches per minute.

And on the rebounding front, the Grizzlies have looked to push the pace thus far in the playoffs, which leads to more rebounding opportunities for their opponents. In their last eight games, the Grizzlies are allowing 46.9 rebounds, which would rank as the sixth-most in the NBA. With the Jazz looking to lock down defensively (and doing so successfully over the course of the season), I like to Gobert to clean up on the glass.

As with Rose, I like betting on good players to produce after tough playoff losses. Tonight should be no different for Gobert, as I have his PRA projected in the low 30s.