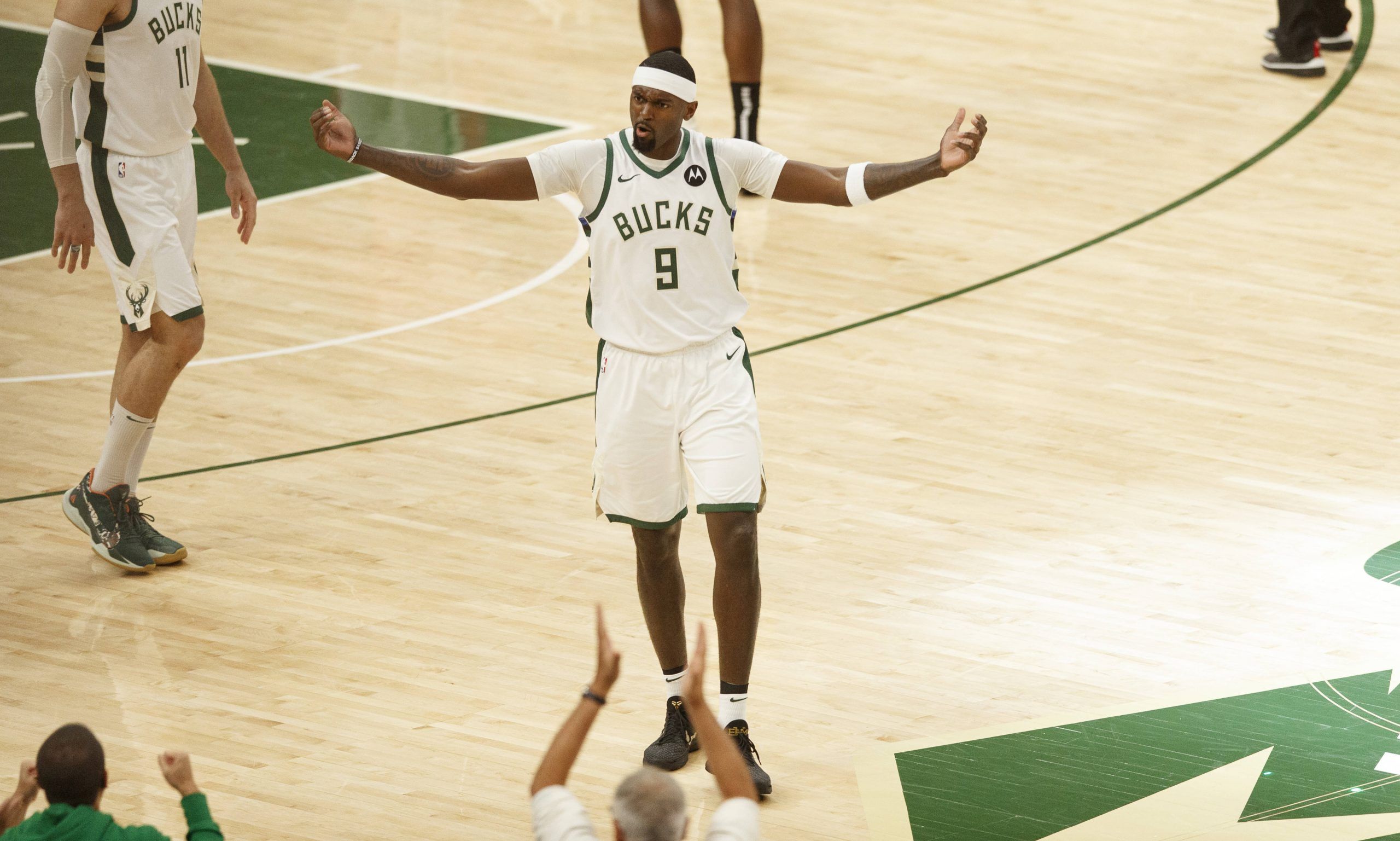 More commonly known as @PropBetGuy on Twitter, Doug Carter has been crunching the numbers on player props for years. He's also a staunch defender of future Hall of Famer, Eli Manning.
@PropBetGuy
Published: 11:59 AM ET July 03, 2021

I’m running out of ways to put this series into words, but since I’m writing an article here, I’ll give it a try. After injuries and adjustments have been the overarching theme over the last three matchups, we head to Atlanta for Game 6, with the Bucks leading the series 3-2. Before we dive into player props, make sure to consult how our analysts are picking tonight’s game if your looking to bet sides and totals.

As of publishing, Giannis Antetokounmpo has been ruled out, and Trae Young is a game-time decision. With both players being the focal points of their respective team’s gameplan, my best bet of the night hones in on the Bucks, since we have more the more definitive lineup news. And in fact, I’m looking squarely at Giannis’ replacement to have a big night.

Side Note:  Regarding the Hawks, I do have some plays circled to check on whether Young plays or not.  I’m more inclined to wait on the Hawks official announcement on his status, so be sure to follow me on twitter for a second potential play on this game.

Line available at time of publishing. Over 27.5 points + rebounds + assists OK to play.

Kids, if you’re paying attention (even though you shouldn’t be here, since this is an article about sports betting), you should always stay ready for your opportunity, because you might not know when it’ll come. Portis’ role in this playoffs is a prime example. After being a key bench player for the Bucks over the regular season, Portis fell out of the playoff rotation towards the end of the Nets series. During the Conference Finals, the sixth year pro had re-assimilated into his normal bench role through the first four games. But now, he’s been thrust into the starting lineup in Game 5, to replace Antetokounmpo.

The immediate results were stellar. Portis scored 22 points and grabbed 8 rebounds in 36 minutes in Game 5. The big man tied for the Bucks lead with 20 field goal attempts, also representing his high water mark for the season. In fact, Portis lead the Bucks in usage in Game 5, showing that his involvement was part of the gameplan.

All season, Portis has been able to capitalize on his opportunities. When receiving at least 26 minutes of floor time this season, Portis exceeded 25.5 P+R in eight of eleven opportunities (73%). And, across the eight matchups versus the Hawks, Portis is producing 28 P+R per 32 minutes, in line with his season averages.

The Arkansas product has been primarily matched up with John Collins or Danillo Gallinari, neither of whom has provided much resistance. Portis has scored 21 points on 8/15 shooting against them both this series.  With Clint Capela shifting his focus to defending Brook Lopez, it’s the more nimble Portis who has the advantageous frontcourt matchup.

Plus, the Hawks have struggled to defend power forwards all season. Atlanta allowed the sixth most points + rebounds per game to the position.

The Bucks came into Game 5 with a strong gameplan predicated on moving the ball around. Khris Middleton and Jrue Holiday were exceptional in balancing their own socring with facilitating, allowing Portis and Lopez to combine for 55 points. The former will continue to be the focal point of the Hawks defensive gameplan, so I’m expecting more opportunity for Portis.

Coach Budenholzer has priotizied having at least two of Portis, Lopez and PJ Tucker on the floor at all times. So, Portis’ minutes floor seems to be in tact. I have the lengthy forward projected at 29 points + rebounds in at least 32 minutes of action tonight.