Best NBA Props for Saturday's Slate (4/3): The Heat is on Sexton 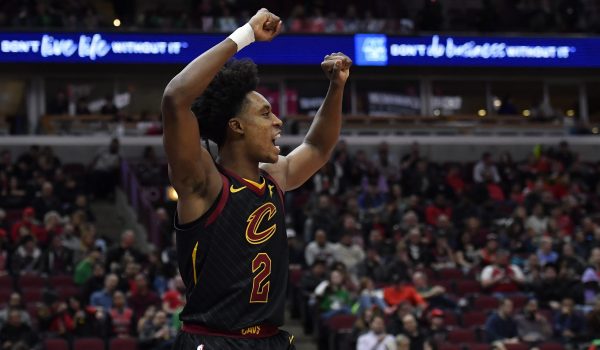 What a wonderfully weird NBA slate we’re treated to tonight.  As of writing, four of the seven games have double digit point spreads, including the Jazz favored by 15 over the Magic.  We have a game total of 202 (Pistons vs. Knicks) and 239 (Bucks vs. Kings).  And, all but one of the games involve at least one team that also played last night.  Player props aside, a docket like this can wreak havoc on spread and total bets, so be sure to check out all of our analysts’ picks, before you place your wagers.

There are so many angles to analyze tonight in regards to player props.  Potential for blowouts, players on short rest, teams desparate for a win – there is no shortage of variables.  Through it all, I found two plays where I’m seeing great value.

Line available at publishing. Playable down to under 30.5.

The Cavs guard is having a breakout season in his third year.  He’s averaging a career-high 31 combined points, rebounds and assists (PRA), albeit on one of the weaker rosters in the league.  That being said, he’s stayed under this total in 22 of 41 games.

However, versus the league’s better defenses, Sexton has stumbled a bit.  When facing teams in the top ten of defensive rating, Sexton’s PRA average dips to 28.1.  In these games, he’s been held under 31.5 in eleven of thirteen times.

Tonight’s matchup, the Heat, fits the bill.  Not only are they sixth in defensive rating, but they are the number two team versus the pick and roll ball handler in points allowed.  The pick and roll is Sexton’s most effective playtype, as he’s best when he’s getting to the basket.  With big man Jarrett Allen out for this game, and Javale McGee shipped off to Denver, Sexton will also be without an effective roll man.  This should allow the Heat defense, anchored by big man Bam Adebayo, to focus their energy on stopping Sexton.

With Sexton staying under this total in his last five matchups versus Miami (including 25 PRA earlier in March).  With the Cavs implied at below 100 points, and a double-digit point spread, I have Sexton projected at 26 PRA tonight.

The presumptive leader in the clubhouse for the NBA’s most improved player, Randle is averaging a career high 22.8 points per game.  He’s exceeded this total in 27 of 48 games.

Randle is coming off arguably his worst game of the season last night.  The Mavericks held the Knicks forward to 14 points on 5 of 20 shooting from the field.  However, what intrigues me about tonight is Randle’s ability to bounce back.  When held to 18 or fewer points, the Kentucky product has responded in the following game with an average of 24.3 points.  In those thirteen games, he’s touched at least 23 points ten times.

The Pistons play a league average defense, and Randle has scored 25 and 27 versus them this season.  And, Detroit does allow the ninth most points to opposing power forwards.

With two tough losses in a row, the Knicks will be in search of a win tonight, and should lean on their star.  Coach Tom Thibodeau has played Randle 37 minutes per game this season, the third most in the NBA.  And, his minutes have maintained in the second leg of back to backs.  I have the first time All Star projected at 26 points tonight.