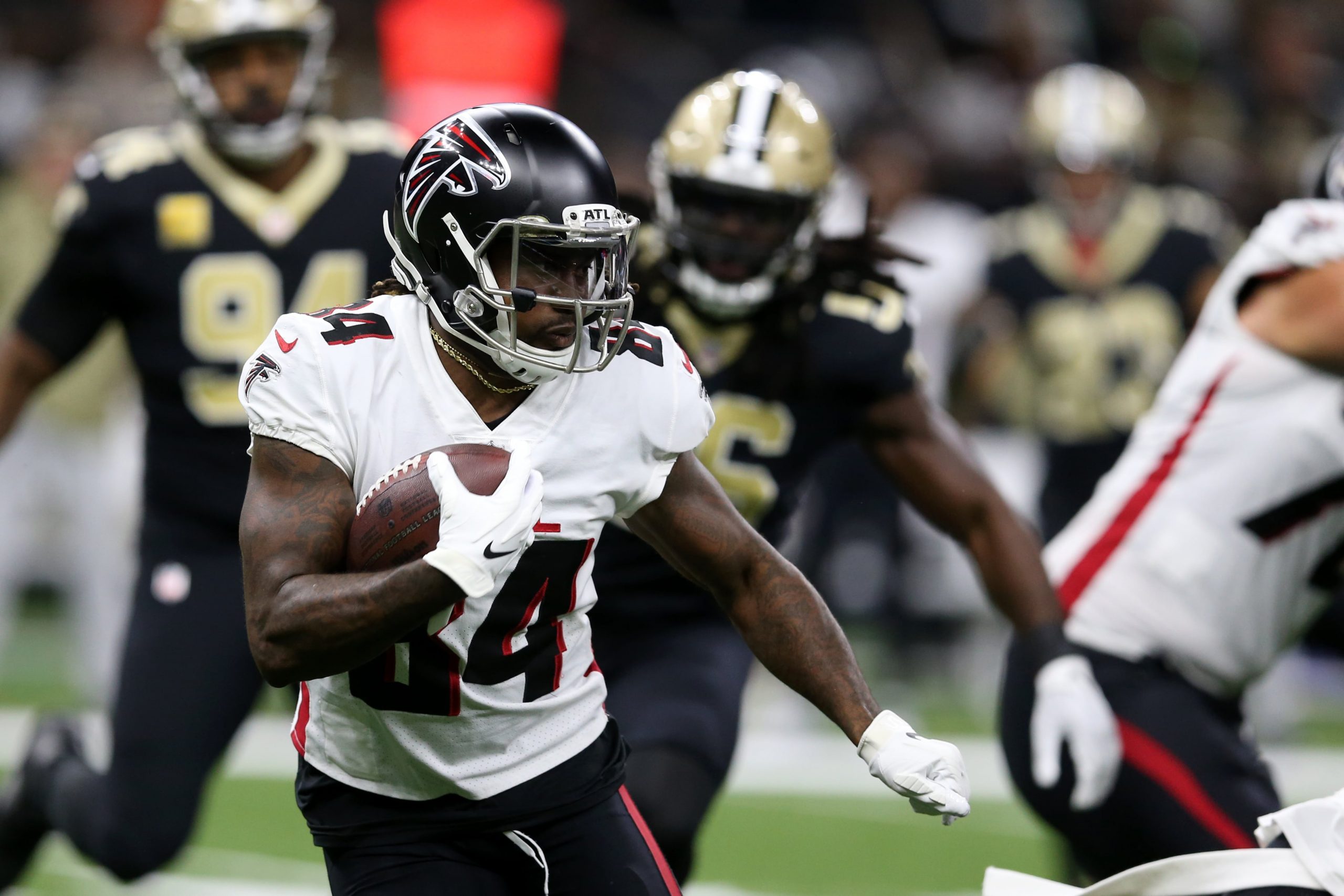 I wanted to throw out a NFL player prop for the 1pm ET slate and the 4pm ET slate. Fridays are usually the best days to pick out diamonds in the rough because the lines are fresh. Today was different. The books are on to us, people. That’s the only way to explain what I just saw. These people are getting good. Still, I was able to come up a couple moves. Even better, they are on the same guy! What a world!

On top of this article, you should definitely check out our NFL expert picks. It’s just a smart thing to do. Also, bets can be added to the card, so why not follow me on Twitter so you don’t miss them. It makes perfect sense.

I went to DraftKings for this one but BetMGM was pretty close in numbers and price. DraftKings was better in receptions as BetMGM came in with 4.5 at -130 in that market. In terms of receiving yards both were the same hanging 43.5 at -115. FanDuel has yet to post anything but I’m sure they will along shortly.

With Calvin Ridley out of the picture, Patterson should feast. Last week he torched the books as his receiving yards number was in the 30s and he ended up going over 100. I would expect more of the same this week given the fact that the Falcons are 8-point dogs to the Dallas Cowboys. They will play from behind and Patterson has a new role that is not being priced correctly.

We need the Cowboys to score and they should as Atlanta’s defense is 31st (DVOA) on the season. If we can get a back- and-forth type game, we should be golden. Of all the teams that have only played 8 games so far this season, only 3 have given up more receiving yards to the wide receiver position than Dallas.

On top of that, Patterson runs routes out of the backfield as well. The Cowboys give up roughly 6 receptions to running backs per game which is a good number. I’ll take a cheap catch or two. I think Patterson’s floor is a 6-75 type game which gets us home on both of these bets.