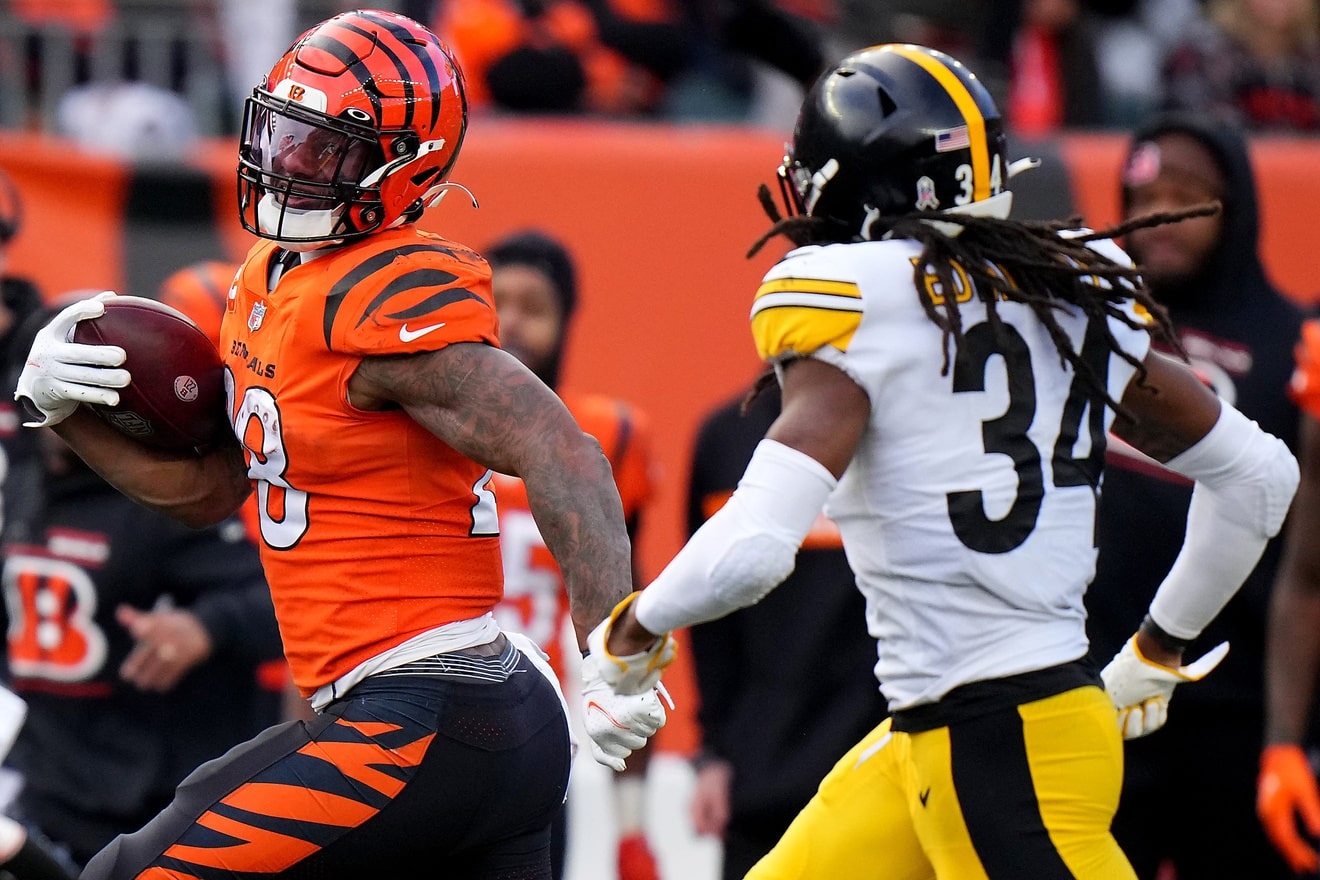 Week 13 of the 2021 NFL season is upon us, and right now it’s time to talk some player props. With so many games to take data from, bettors and oddsmakers alike will all have a pretty good idea of how to approach certain players and teams when it comes to props, and there are usually a few opportunities in which to take advantage. I believe I’ve found a couple of great NFL player props that are worth homing in on.

Let’s get down to my two favorite NFL player props of the Sunday slate, but make sure you also check out our NFL expert picks and predictions for every single game.

Last week I put up Joe Mixon to have over 75 rushing yards against the Steelers, and he wound up cashing that bad boy in the first half as he ended the game with an incredible 165 rushing yards and 2 touchdowns. I said it then and I’ll say it now — Mixon is figuratively on fire. He’s had 8 rushing TDs in his last 5 games and is wreaking havoc upon any defense he comes up against. This week, it just so happens that he gets to feast on one of the worst run defenses in the league. The Chargers have allowed 4.7 yards per carry and 15 rushing touchdowns this season (both 3rd-most in the NFL) and their issues were clear to see last week as Melvin Gordon and Javonte Williams ran all over them to pick up the win for the Broncos.

The Bengals have had two statement wins in the past two weeks against the Raiders and Steelers, and another here would go a long way to boosting their postseason and AFC North division hopes. Mixon has had an insane 58 carries across those two games, and if Cincinnati continues to lean on its talisman, I expect Mixon to sail over this 86.5 line and maybe even top 100 yards for the 3rd straight week.

So, as you can see in my full game preview for this matchup (link below), I’m all over the Dolphins to beat the Giants this week, especially now that Mike Glennon has been confirmed as New York’s starting quarterback. However, I’m not expecting that to result in a big day for Miami running back Myles Gaskin. For starters, Gaskin has topped this line just twice in his last 9 games for the Dolphins, and I think his days as their starting RB are numbered. He’s been struggling for a while now, and against the Texans last month he managed just 34 rushing yards from 20 carries.

Miami signed Phillip Lindsay last week and he immediately got 12 carries for 42 yards. I would doubt Gaskin tops this line even if he gets all the carries, but I’m expecting Lindsay to have a much bigger role this week and that should diminish Gaskin’s opportunities. The Giants have had their struggles against the run, as we saw last week with Miles Sanders and Boston Scott both getting 64 rushing yards, but they have stood firm against some decent offenses. Overall, I just don’t think Gaskin is good enough to top this line.