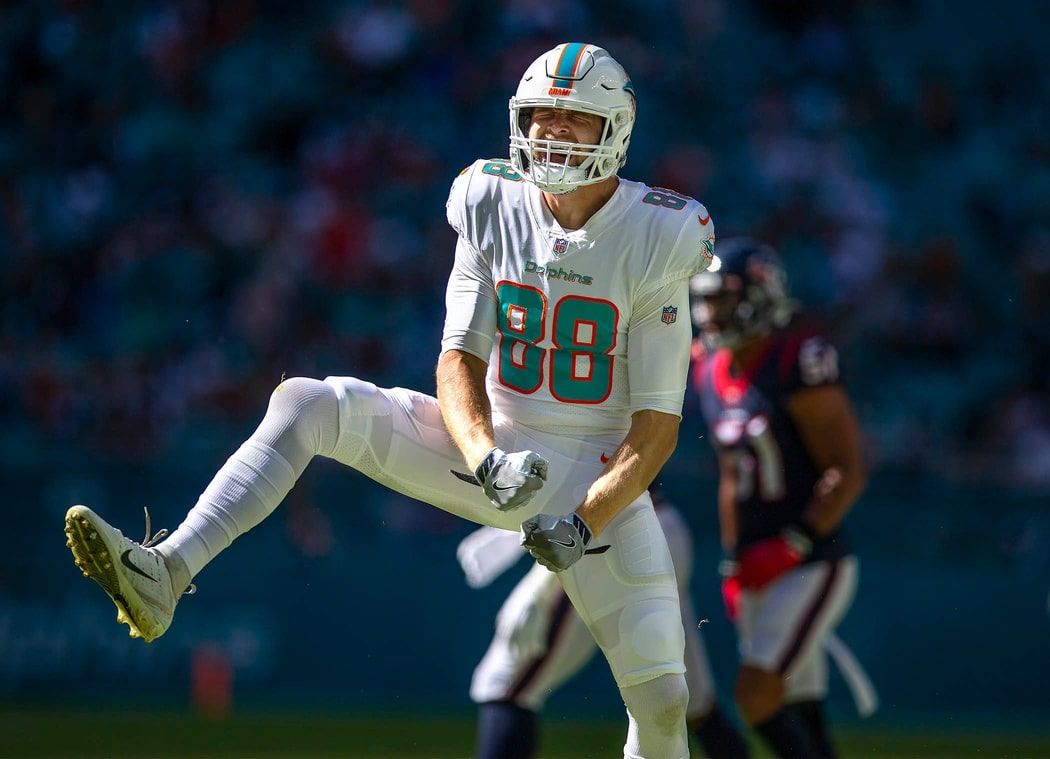 I'm an NFL handicapper here at Pickswise who was raised in a household full of sports fanatics. Since I unfortunately never had LeBron James' jumping ability I wasn't able to make it to the NBA, and chose writing about sports as the next best thing. An avid sports bettor myself, I'm excited to get to write about the industry as it gets set to take off across the country. Buckle up.
Updated: 7:44 AM ET November 11, 2022

Week 15 of the 2021 NFL season is upon us, and right now it’s time to talk some player props. With so many games to take data from, bettors and oddsmakers alike will all have a pretty good idea of how to approach certain players and teams when it comes to props, and there are usually a few opportunities to take advantage. I believe I’ve found a couple of great NFL player props that are worth honing in on.

There are a lot of factors pointing toward a big game from Mike Gesicki for the Dolphins against the Jets on Sunday. For starters, the Jets’ linebackers can be picked on in coverage, and everyone knows it. New York doesn’t have anyone who can cover Gesicki. The Jets are sixth-most yards per game to tight ends this year. Gesicki has put up at least 46 receiving yards in 8 of his last 11 games, so even in a neutral situation I think this would make sense.

But then when you throw in the fact that Miami is going to be without wide receiver Jaylen Waddle, it’s a no-brainer. Waddle has been getting a ton of looks, and has at least 8 receptions in each of his past 3 games. That’s a lot of production to replace and a lot of targets to be redistributed, which will help Gesicki. Gesicki already had 11 targets last week, and that was with Waddle in the lineup.

The prop bet I like best for the slate comes in the later games, also on a tight end. Deguara might not be a household name yet, but he’s quietly been gaining steam in Green Bay. It often makes sense to take overs on guys who are ascending, before the market catches up. Deguara is clearly ascending. He played his most snaps of the season last week against the Bears, and also had a season-high in yards with 44.

Aaron Rodgers has been looking for a replacement for Robert Tonyan since Tonyan tore his ACL earlier this season, and it looks like he’s found it. Deguara has multiple catches in every game since Tonyan got hurt, and his role is increasing quickly. The Ravens are also giving up the fifth-most receiving yards per game to tight ends this season.