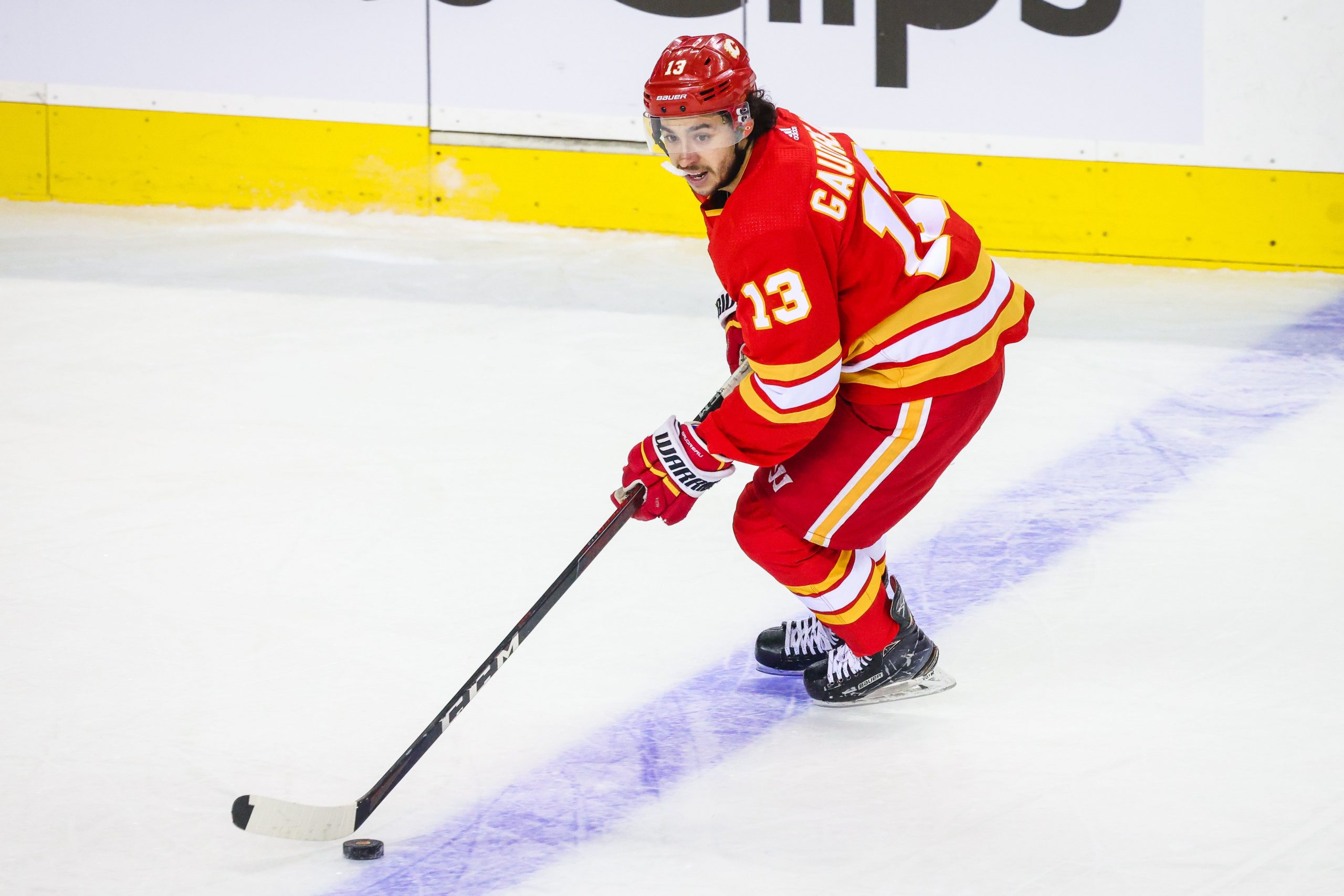 After last night’s overtime thriller, we’re back with 2 games tonight. The Hurricanes continue their trend of the postseason by winning in Carolina and losing on the road. The battle of Alberta also rolls on with the Flames looking to keep their season alive back in Calgary. Let’s dive in to see which skaters should help their teams’ hopes of hoisting the Cup. Along with our player props, be sure to check out our full game previews for tonight’s matchups.

Flames superstar Johnny Gaudreau has been held in check the past 2 games of this series in Edmonton. As shocking as that is, that should not continue with Game 5 back in Calgary. Gaudreau finished the season tied for the 2nd-most points with 115, behind only Connor McDavid. His team is on the brink of elimination, and it’s time for Johnny Hockey to lead his team to a victory and keep their season alive.

Not only was Gaudreau the best plus-minus skater in the league this season (+64), he was tied for the most multi-point games. He ended the year with a ridiculous 32 such games, 2 of which came against this Oilers team. In fact, Gaudreau had his best game of the season against Edmonton. He had a 5-point performance back at the end of March to follow up his 2-point game against them at the beginning of that month. More importantly, he did the same in each of the first 2 games of this series. Those were also back in Calgary, which is where the series will be for Thursday night’s game. After 3 points in Game 1 and 2 more in Game 2, Gaudreau should deliver once again.

Just as the home teams have continued to be successful in this series, so have the player props for the skaters on those teams. That should be no different with Game 5 heading back to Carolina. The Hurricanes almost seem to be intentionally having drastically different performances on the road rather than at home. They are now without a single postseason road win, but remain undefeated at home. Captain Sebastian Aho has been a primary factor in their success in Carolina.

Aho cashed this prop on home ice throughout the first round, recording at least 3 shots on goal in all 4 of Carolina’s home games. Those came against a far better shot-blocking team in the Bruins. The Rangers have allowed the most shots per game in the postseason of the teams remaining, including 44 shots allowed in Game 3. New York goaltender Igor Shesterkin has been fantastic in this series, hence the focus on shots rather than points. Aho also began this series in similar fashion, with 4 shots on goal in Game 1 back in Carolina. For even more support in this prop, he had 5 shots on goal against the Rangers in the penultimate game of the regular season. With the ‘Canes looking to regain the series lead, Aho should continue to lead his team by putting pressure on Shesterkin.