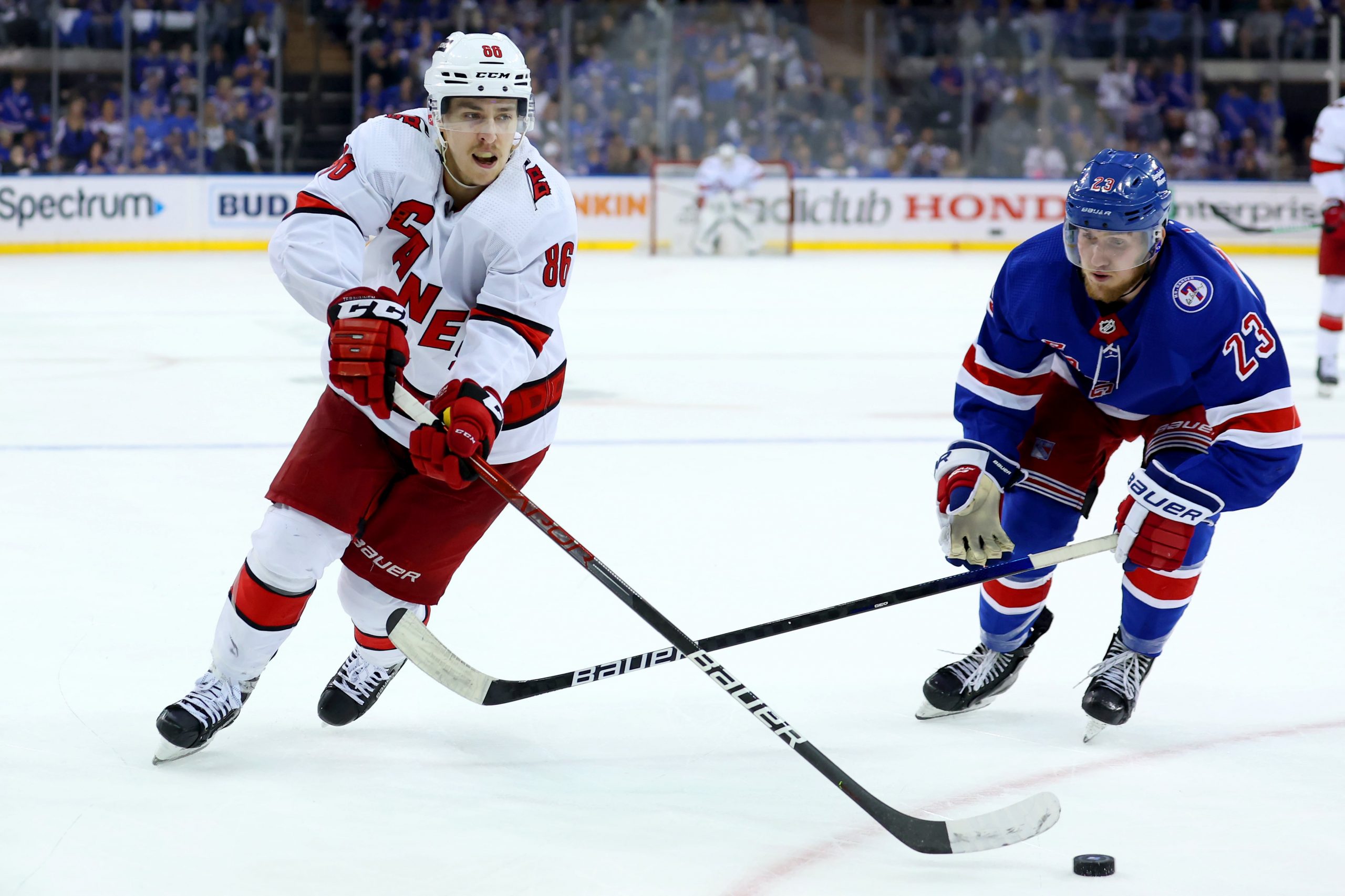 The NHL Eastern Conference is once again blessing hockey fans with another Game 7. After both of these teams went the full 7 games in the first round, they’ll do so again. Their reward will be facing the red-hot Lightning, but first they must worry about tonight’s matchup. The home teams have been winning each game of this series, so it only seems appropriate to target a player on the home team as well. Along with our player props, be sure to check out all of our NHL analysis.

The Rangers’ Game 6 win sent the series back to Carolina, where the Hurricanes have been dominant. That has been the case for not just this series, but their first-round series against the Bruins as well. They are now 7-0 at home this postseason, largely off the back of their trio of incredible skaters. Along with Sebastian Aho and Andrei Svechnikov, Teuvo Teravainen has looked great in these playoffs.

First and foremost, he plays alongside the aforementioned skaters and is also on the first power-play unit. Despite being held pointless in Game 6, he’s been having a great postseason. He’s recorded 11 points and has been particularly great at home. Teravainen has recorded a point in each of Carolina’s 3 home games this series, including both goals and assists. The diversity proves he is not just a one-trick pony. Better yet, he recorded a point in all 4 of Carolina’s home games in the first round, including 2 goals and 4 assists. The Hurricanes have also made the decision to feature Teravainen over Svechnikov. He registered 4 more minutes of ice time, and Svechnikov was pushed to the second power-play unit. With his success on home ice, expect Teravainen to help lead Carolina into the Eastern Conference finals.